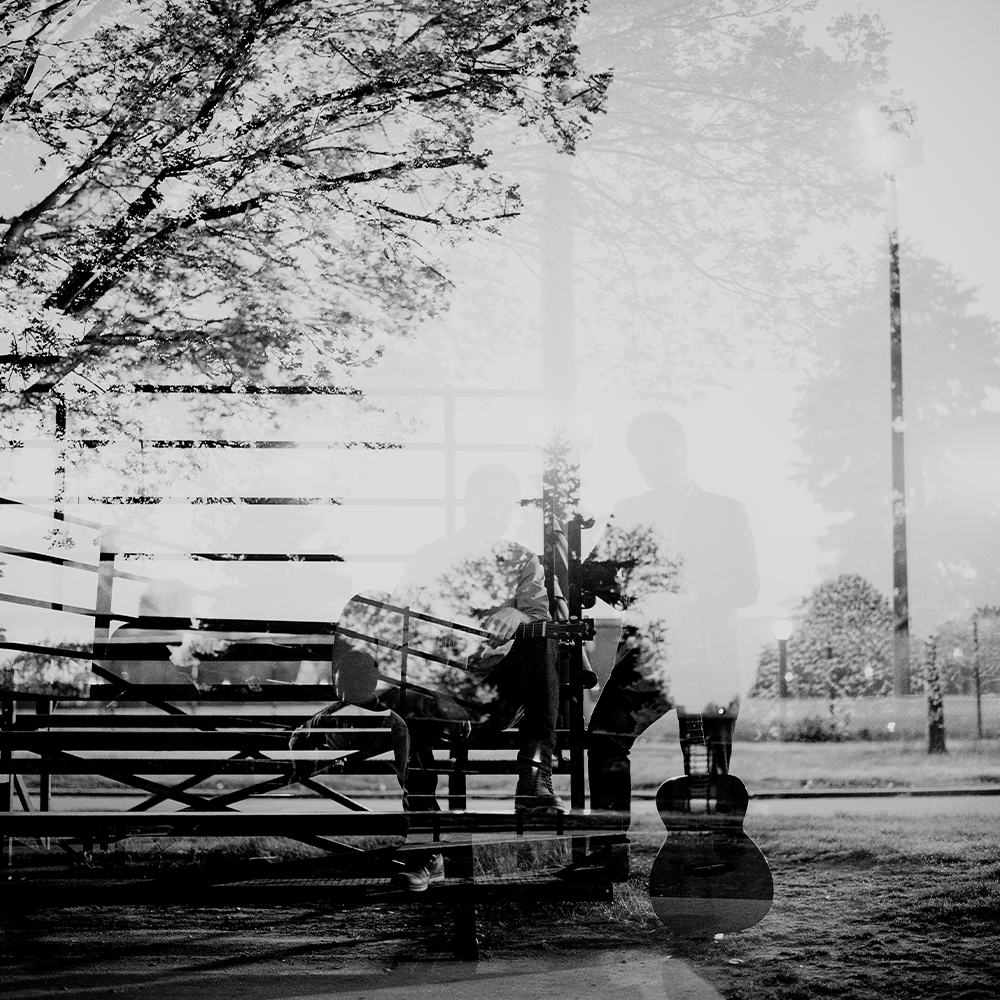 In Their Words: "This record has been a long time coming for us. We titled it Year of the Dog because we're dogs on the Chinese Zodiac, separated by one 12-year cycle. After many years of running in similar circles, lots of jamming, and mutual admiration, the album feels like a destined project come to fruition. (Incidentally, Ross recently found out that the dog is the 11th sign, which happens to perfectly suit our release date of 11/11!)

Ross and I are former Colorado residents who, at different times, relocated to New York City, and we've unintentionally followed our noses into some similar trajectories in life. We’re both adventurous guitarists with a strong grounding in roots music. We highly value improvisation — the dialogue aspect of making music together — and enjoy exploring the many possibilities of form and texture available to a guitar duo. This version of the classic 'Dear Old Dixie,' a tune usually associated with the banjo, was arranged by Ross and takes some interesting twists and turns, both planned and spontaneous." — Grant Gordy

Song Premiere17 hours ago
LISTEN: Darren Nicholson, "Arkansas Without You"

Song Premiere17 hours ago
LISTEN: Lynne Hanson, "Light In Me"