LISTEN: Jesse Milnes and Emily Miller, ‘Fun’s All Over’ 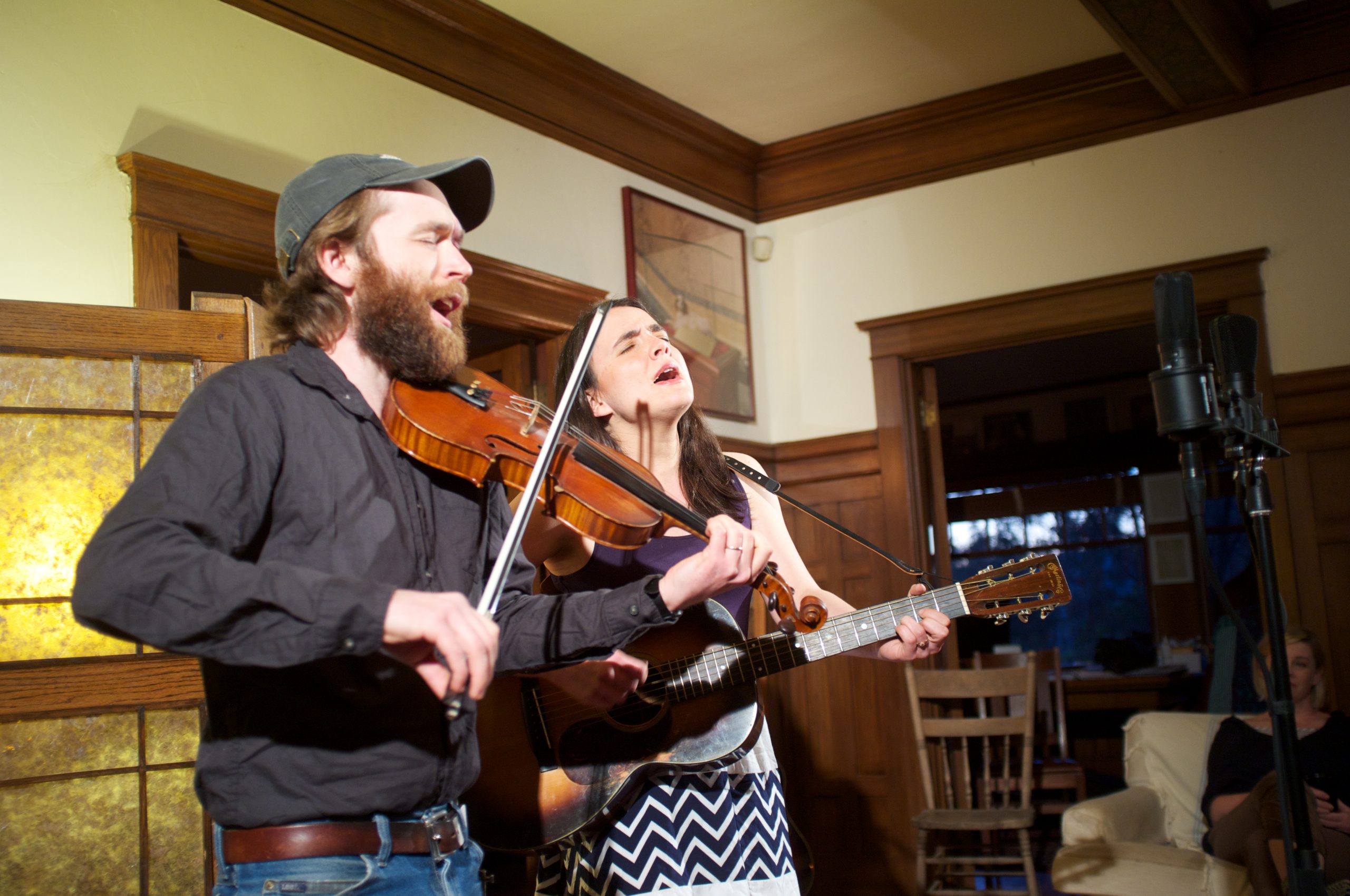 The Deep End Ranch in Southern California's Santa Clara River Valley is an unexpected roots music haven that exists just north of Los Angeles. The homestead, which was built in 1908 and sits amidst a grove of lemon trees, plays host to the Deep End Sessions — a series of unplugged, unadvertised house concerts curated by David Bunn and Ellen Birrell. In January of this year, Jesse Milnes and Emily Miller settled into the Deep End for a residency. When they left, they had one of the best souvenirs imaginable — a record.

Milnes and Miller both grew up steeped in the Appalachian musical tradition, forming the Sweetback Sisters in 2006 and signing to Signature Sounds. After three albums and two EPs, they scaled it back to a duo with Milnes on fiddle and Miller on guitar. Their Deep End Sessions recording serves as their official duo debut, although one track, “Fun's All Over,” is reprised from their Sweetback Sisters days, where they rocked it out with drums and Telecaster.

"I've been playing 'Fun's All Over' forever,” Milnes says. “A fast fiddle tune that's fun to sing is a handy thing to have in your back pocket. I've played it at squaredances, fiddle contests, and on a ton of street corners and subway stops. I think I learned this from a recording of the Williamson Brothers and Curry. I've been playing it so long that I wouldn't guarantee that it's anything like their version. My dad, Gerry, plays it, too, and I probably got a lot of it from him."