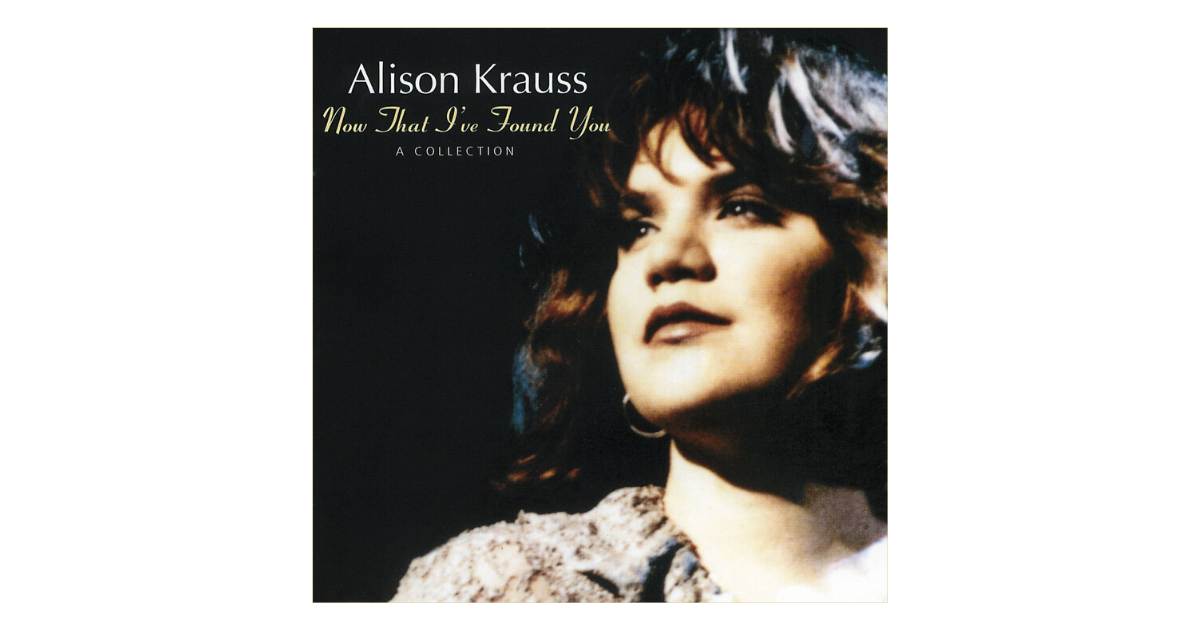 Twenty-five years ago this month, Alison Krauss glided into the mainstream with Now That I’ve Found You: A Collection. Did you wear out your copy, too?

Envisioned as a way to highlight the songwriters who were important to Krauss, according to a Billboard article published a few weeks before release, the project included what many would consider her signature song: “When You Say Nothing at All.” Originally recorded for a Keith Whitley tribute album, Krauss’ version positioned her as one of the finest ballad singers of her generation, a skill that wasn’t quite on full display on her bluegrass albums with Union Station.

She told Billboard that, as a producer, Now That I’ve Found You gave her “the chance to record material we do that doesn’t necessarily fit within the structure of our [other] records.” Along with “When You Say Nothing at All,” the double-platinum project offered “Oh, Atlanta,” “Broadway,” and “Baby, Now That I’ve Found You,” as well as exquisite selections from her prior Rounder albums.

In the article, Krauss explained that she turned down a chance to open for Garth Brooks because the arenas “were just too loud for me,” although she thought it was “pretty neat” that he would ask a bluegrass band to open his shows. She also reiterated that the album “is not a representation. It’s missing the other half of what I do with Union Station.”

Taking the music business perspective into account, the article addressed the anticipation for “When You Say Nothing at All” at country radio and CMT, as well as the label rollout and the expected sales of the album. In some ways, it’s still the same conversation surrounding any critically-acclaimed artist poised for crossover appeal: How do you retain the core audience without being “too commercial”? Or in this case, how do you market an artist that Billboard describes as having “soft, lush ballads on one side and her bluegrass band work on the other”?

At the end, Krauss offered her own opinion among all the industry input: “We just try to do whatever fits the song,” she said. “I don’t think selling out either way is good.”