Artist of the Month: John Denver 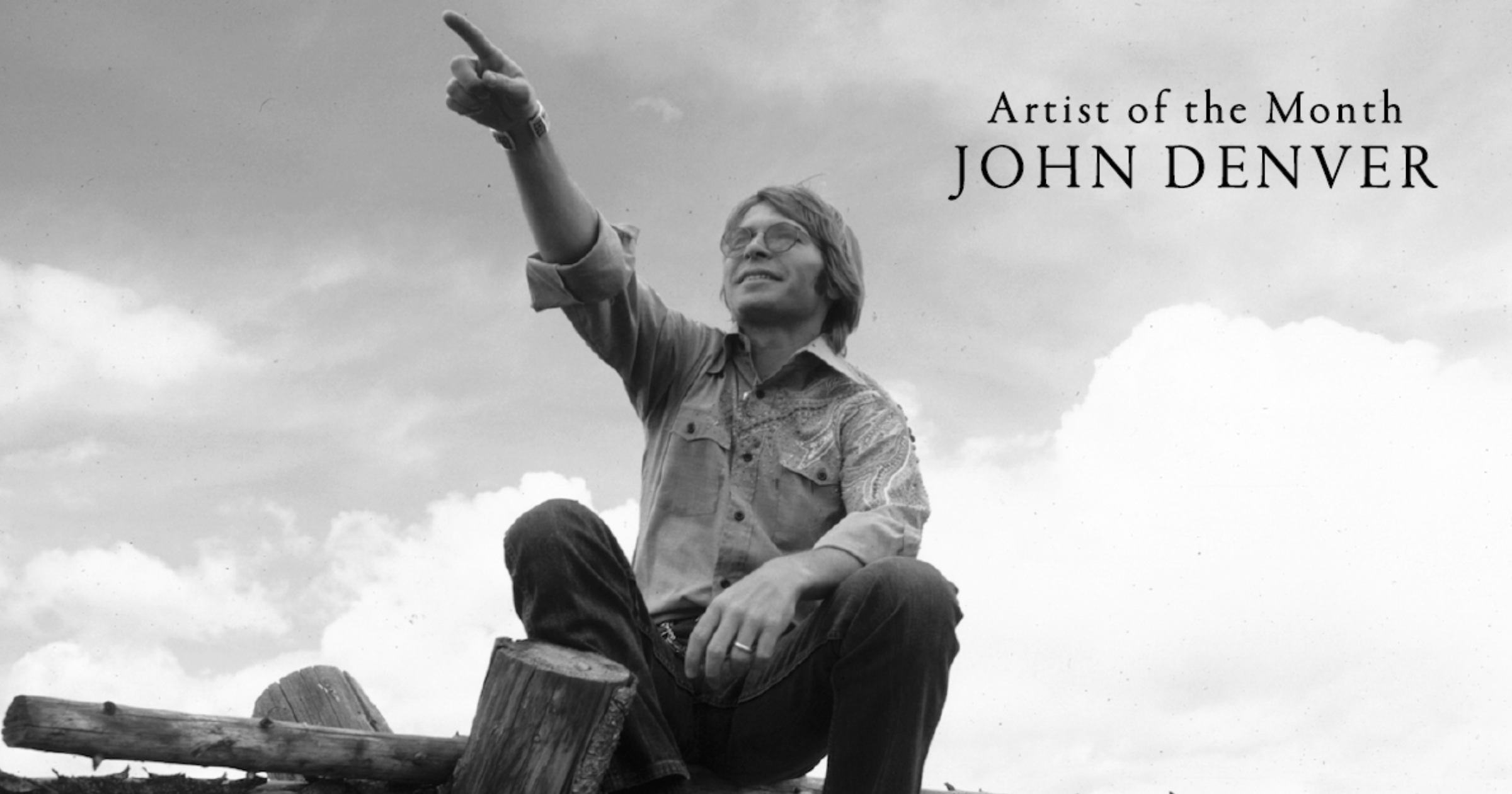 An unlikely entertainer, John Denver connected with millions of listeners at the peak of his career in the 1970s. Never fully stepping away from folk music even as he crossed over to the pop chart, Denver also left a significant mark on country music into the mid-1980s. It’s been 25 years ago this month that Denver perished in a plane crash, yet his music lives on in compositions like “Annie’s Song,” “Back Home Again” and “Leaving on a Jet Plane.” With his warm tenor and his gift for setting a scene in song, he encountered compositions like “Take Me Home, Country Roads” and “Thank God I’m a Country Boy” and soon made them his own. (The back story of “Take Me Home, Country Roads” would fit perfectly into a biopic of Denver’s life, should one ever get made.)

Denver was inducted into the Songwriters Hall of Fame in 1996 and became the inaugural inductee into the Colorado Music Hall of Fame in 2011. (An induction into the Country Music Hall of Fame has so far eluded him, despite winning a CMA Award for Entertainer of the Year in 1975.) Even as his profile diminished in the late ’80s and early ’90s, his music continued to transcend generations, perhaps due to his friendly persona and easy-to-remember songs. His sole Grammy Award is for a 1997 children’s album titled All Aboard!, which was released just two months prior to his death.

One of Denver’s most beautiful and melancholy songs, “Rocky Mountain High,” became the second official state song of Colorado in 2007. Inspired by watching the Perseid Meteor Show while camping in the Rocky Mountains, Denver co-wrote the classic character study with his friend Mike Taylor. To commemorate the 50th anniversary of that single and its namesake album, Governor Jared Polis announced the newly-renamed Rocky Mountain High Trail, located in Golden Gate Canyon State Park near Golden.

“Here in Colorado, we’ve always known that our majestic mountains, our bright blue skies, our starlit nights and our forest and streams were the stuff of legends—but John Denver made them the stuff of song lyrics, too,” says Polis. “And not just any lyrics, but world-famous lyrics that span genres and generations.”

We’re equally proud to reveal John Denver as our BGS Artist of the Month in October. With sunshine on our shoulders, we’ll be sharing our favorite songs, stories, and videos from this legendary artist in the weeks ahead. Meanwhile, enjoy our BGS Essentials playlist for John Denver.