Artist of the Month: Madison Cunningham 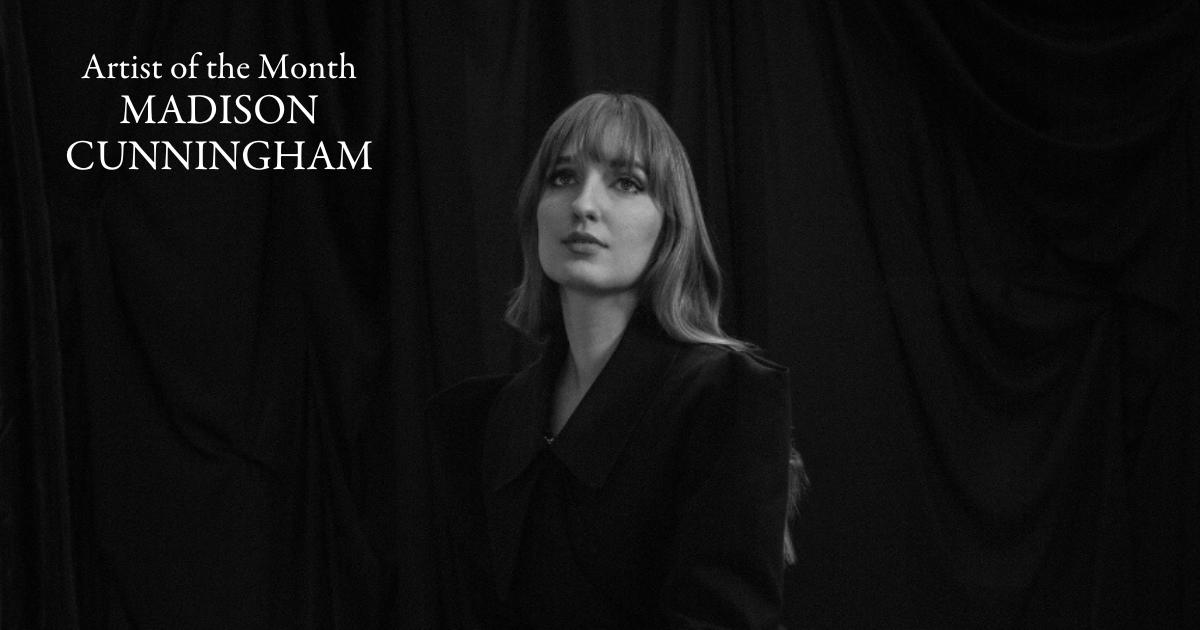 An ambitious guitarist who isn’t afraid of defying conventions, Cunningham is more than just a singer-songwriter, more than folk, and more than rock. That said, she is exceptional in all three fields. Last year, NPR Music’s Stephen Thompson wrote, “She is such a subtly kickass guitarist, and this record contains one of the most beautiful, tear-jerking ballads I’ve heard in a really, really long time called ‘Life According to Raechel.’”

Cunningham wrote the song during a rough patch in her life, complicated by the sudden loss of her grandmother. She explains, “You’ve got this wound that’s never really going to heal, because you’re going to feel the absence of that person for the rest of your life. It’s never going to be resolved. When I realized that, I turned a corner I knew I wouldn’t come back from. When I was able to finally be honest about what it felt like to grieve her, I was able to properly grieve the state of the world and the other things I had lost. Like earning your first gray hair. You could pluck it, but it would just keep growing back.”

Next month at the Grammy Awards, “Life According to Raechel” will compete for Best American Roots Recording, while Revealer (produced by Tyler Chester, Mike Elizondo and Tucker Martine) is up for Best Folk Album. That one-word title, of course, carries a deeper meaning for the artist. “There’s a sense of conflict about revealing anything about yourself—not just what to reveal, but whether you should reveal anything at all,” she says. “When you have to vouch for yourself and present a true picture of who you are, that can get confusing very quickly. This record is a product of me trying to find myself and my interests again. I felt like somewhere along the way I had lost the big picture of my own life.”

At 26 years old, that big picture is certainly not yet fully painted. With masterful guitar playing and solid musical instincts, who knows what the future will reveal? A breathtaking orchestral reimagining of “Life According to Raechel” recorded with Nu Deco Ensemble shows that the possibilities are endless. Don’t miss our exclusive interview with our first BGS Artist of the Month of 2023 later this month. Meanwhile, you can dive into her impressive catalog with our BGS Essentials playlist below.