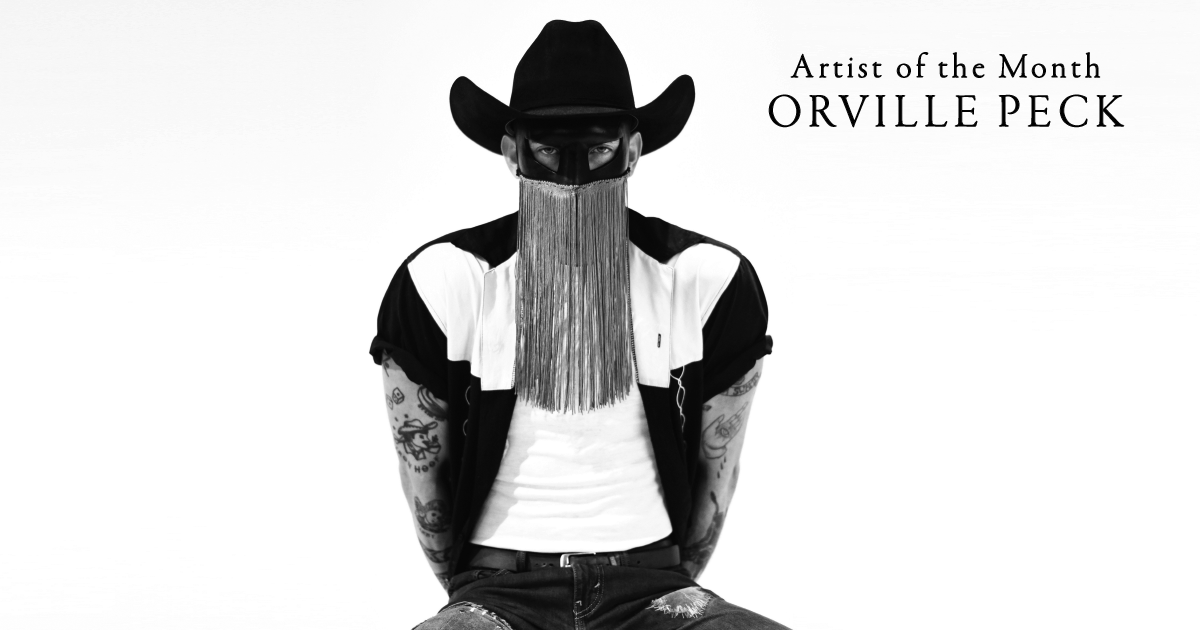 Although the public doesn’t ever get to see behind the mask, Orville Peck is more visible than he’s ever been. In May, the mysterious musician headlined the Ryman Auditorium in Nashville, a career highlight for any artist with deep reverence for classic country. In an interview promoting his new album, Bronco, he explained to NPR how the storytelling of a bygone era — such as Patsy Cline’s “Walking After Midnight” — spoke to him as a lonely child. Although he considers South Africa his home country, Peck moved with his family all over the globe and lived in Canada as a young man. Admittedly hard to pin down, Peck has mentioned that he hunkered down in Los Angeles during the pandemic. After signing to a major label, he recorded Bronco in Nashville with producer Jay Joyce and set out to film a video for every song on the project. He’s making significant progress in that endeavor, too.

In an interview with Input, Peck revealed one more eye-catching characteristic: “I’m a big fan of bluegrass.” Describing his song “Hexie Mountains,” he stated, “it has more of a bluegrass folk feel and I sing about escapism, which is something that I’ve sort of battled with my whole life.” His co-star in the video is good friend Riley Keough, who also happens to be Elvis Presley’s granddaughter. Listening to Peck giving his expansive vocal range a workout on the emotional “Let Me Drown,” it isn’t at all hard to imagine that late-career Elvis would have cut his own version at Stax (and nailed it).

While his soaring vocals feel effortless and his arrangements are more than a little cinematic, part of his appeal is that Orville Peck can dance. That fluidity on stage naturally has something to do with 12 years spent as a ballet dancer, but it also reflects how dramatically (and literally) he is moved by music. The influence of cowboy imagery is not to be understated for this self-taught musician either. In a video interview in 2020, he notes, “I was living a normal lifestyle of any artist trying to make it, working two jobs, hustling, trying to get anybody to listen to my music. I had worked in the music world previously, many years ago, and I took a big break from making music because I think I felt really disheartened. And then after taking a long break away from music, I gained a new confidence to just be the artist I always wanted to be.”

To shine a spotlight on our BGS Artist of the Month for June (aka LGBTQ Pride Month), we’ll be posting a bushel of Peck performances, videos, and interviews. Fans in the Midwest and Pacific Northwest currently have a chance to catch him on tour before he drops into California for a few days in June and July. From there, it’s onto Hawaii, Australia, New Zealand, and Canada. In terms of taking country music around the world, few artists are doing so as extravagantly as Orville Peck. Check out the Spotify playlist below to hear that magnificent voice behind the fringed mask.