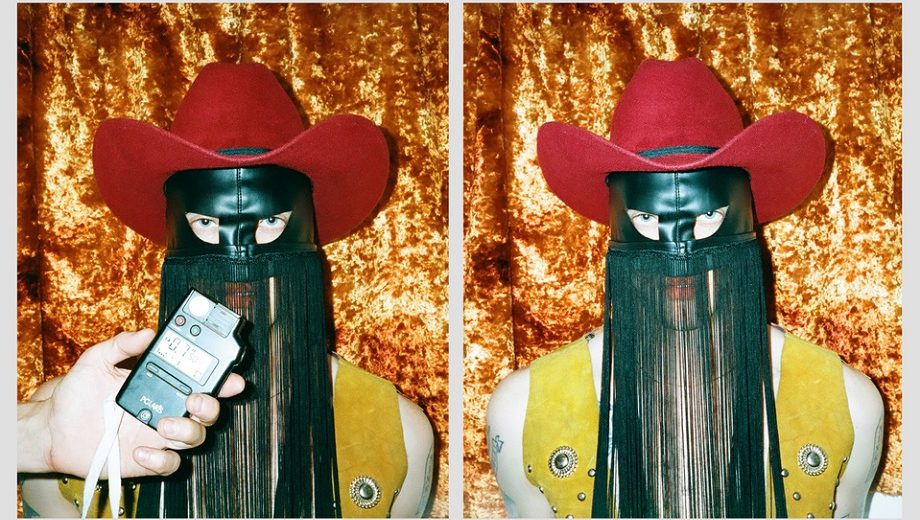 I think country music to me is about storytelling. I really tried to stay true to that on this album by making each song stand as its own story, while keeping the subject matter really personal. So anytime I’m singing one of these songs on stage and I look out in the audience and catch someone who’s singing along to the words or crying — that’s an incredible moment for me. Not just because they are reacting to my story, but because in that exact moment they are also sharing their same story with me. That exchange…there’s nothing like that in the world.

I grew up loving books, films and theatre. I think the iconography of old cowboy novels and Westerns clearly had a lasting effect but I also loved anything that focused on outcasts. Films by David Lynch, Gus Van Sant, John Waters. I always loved the villains or the sidekicks way more than the heroes.

I just always knew I wanted to be a performer since I was really little. I was a lonely kid with a huge imagination so I was always making something or singing or playing my dad’s guitar. Later I would train as a ballet dancer, work as a professional actor, go on tour playing drums and guitar in punk bands — no matter what I was doing I never considered anything other than performing.

It’s funny because I’m actually not a very technical musician. Every instrument I play, I taught myself and I tend to approach all art, even music, from a visual place. So oftentimes I can visualize what a song looks like, how it feels, how I want other people to feel listening to it, but it can maybe take me awhile to translate that into sound. “Hope to Die” took so many tweaks to sound like what I saw in my head, I think I probably drove the engineer crazy.

My live band usually goes out to warm up before me so I’m often the last one left to go on stage. It sounds kinda corny but I really try to take that time to focus on what the songs mean to me and to not feel too conscious about the performance. I think all the years of being a stage performer made me feel like I had to stifle anxiety or nerves underneath a performance and kind of put on a “show face” but I actually try to keep things a bit more connected now. I’m a lot more accepting that if I’m nervous or anxious — that’s just part of the show that night.