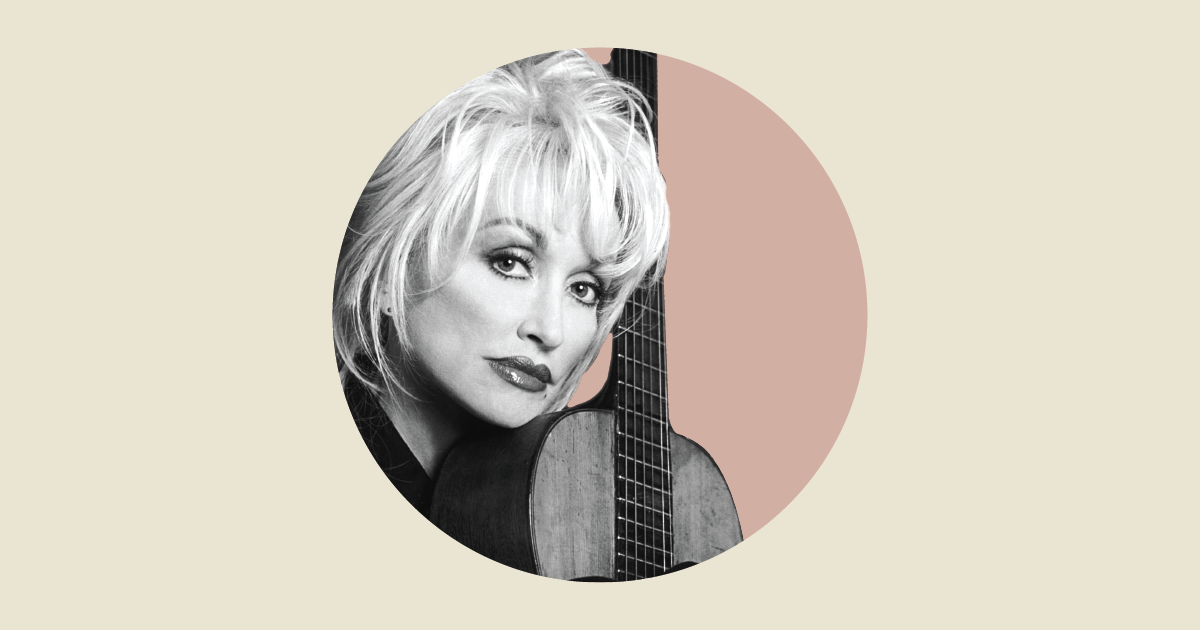 No genre of American music has been untouched by the influence of Dolly Parton and bluegrass is surely no different. Given Dolly’s homegrown, East Tennessee roots and her pickin’ chops on many of bluegrass’s signature instruments, her connection to the genre perhaps runs deeper than any other style she’s accomplished — besides good ol’ classic country, of course.

In April 2020, Dolly announced six albums – including Little Sparrow, one of her bluegrass forays – from her back catalog would be made available on digital streaming services for the first time. In an episode of 2019’s Peabody-Award winning podcast, Dolly Parton’s America, a portion featuring the London debut of Parton’s 9 to 5 musical details that many of Parton’s inner team regard her 1999 release, The Grass Is Blue, as one of her best – critically and otherwise. We even featured The Grass Is Blue in an episode of The Breakdown. Trio and Trio II, Heartsongs, and even the genre-mashing White Limozeen all contain heavily bluegrass and string-band inflected songs – the influence of her home turf and its musical accompaniment are evident throughout her artistic output.

Live and from the studio, through cover songs, collaborations, and in casual jam circles, Dolly and her songs have fully infiltrated bluegrass. It’s no surprise she speaks of it often, simply referring to the music as she did in her youth (and all throughout her career): as “Mountain music.” To celebrate Dolly in December, here are a few of our favorite Dolly/bluegrass cross-pollination moments:

Her 1999 all-bluegrass album, The Grass Is Blue, was named one of our 50 Most Greatest Bluegrass Albums Made by Women — and for excellent reason. It may very well be the one of the best bluegrass recordings born in the past few decades (check out that roster of pickers!!) and it brought bluegrass to Dolly’s greater audience — Norah Jones went on to cover the title track. Dolly even made an appearance at the International Bluegrass Music Association’s award show in 2000, as the project won Album of the Year. Dolly’s bluegrass skills are no better displayed than on this perfectly-executed cover of an all-time bluegrass classic.

Both Trio albums (Dolly Parton, Emmylou Harris, and Linda Ronstadt) could arguably be categorized as bluegrass, but Trio II ticked quite a few more of traditional bluegrass’s boxes, especially with this cover of a Del McCoury original. To this day he’ll announce the song on stage as being the best, “Because Dolly Parton sang it!”

Dolly and the Queen of Bluegrass collaborate on this 2006 release from Vincent’s All American Bluegrass Girl. Vincent and Dolly have gone on to work together on a handful of other projects, as well. Something about that bluegrass vocal blend… Mmmm.

And of course, covers of Dolly’s countless songs have filtered into the bluegrass songbook across the years. Alison Krauss leads an all-star band on this cover of perhaps Dolly’s most iconic song, “Jolene,” for the 2006 Kennedy Center Honors show.

“Islands in the Stream” — Love Canon with Lauren Balthrop

And it’s not just Dolly’s more country and bluegrass adjacent songs that have found themselves homes in bluegrass set lists and cover projects. Charlottesville, Virginia-based, bluegrass-meets-the-80s band Love Canon covered the iconic Dolly and Kenny duet “Islands in the Stream” for a BGS Sitch Session.

They both had hit versions of this song, after all. Though this writer might be partial to the version that gleefully shouts, “I’m a lady muleskinner!” It’s badass no matter how you cut it, really. The Big Mon and Dolly, doing it right. And there’s something just so beautiful about Dolly Parton cueing the Kenny Baker into his solo.

2001’s follow up to The Grass is Blue, Little Sparrow continued Dolly’s bluegrass explorations, but with folk and transatlantic sounds joining the mix.

The Grascals take the CMA Fan Fest stage in Las Vegas with Dolly Parton singing an absolute classic with a good ol’ dose of bluegrass fire.

“Banks of the Ohio” — Dolly Parton

Not all of Dolly’s bluegrass forays have been… well, bluegrass. Here, she adds her theatrical, dramatic touches with a fresh-written preamble to the classic lyrics of “Banks of the Ohio.” Her soft spoken-word, the sumptuous strings, and a soaring, Dolly-vocal-run-filled arrangement give this staple a special hue that’s 100% herself.

“Why’d You Come in Here Lookin’ Like That” — Della Mae

Della Mae has plenty of experience covering Dolly, even once being the house band for a Dolly Parton tribute show in the UK. Once again, they’re pulling a cover that comes from outside Dolly’s bluegrass-y songs, and it’s fantastic.

A legendary combination. Dolly Parton sings Hazel Dickens. What more would we ever need?