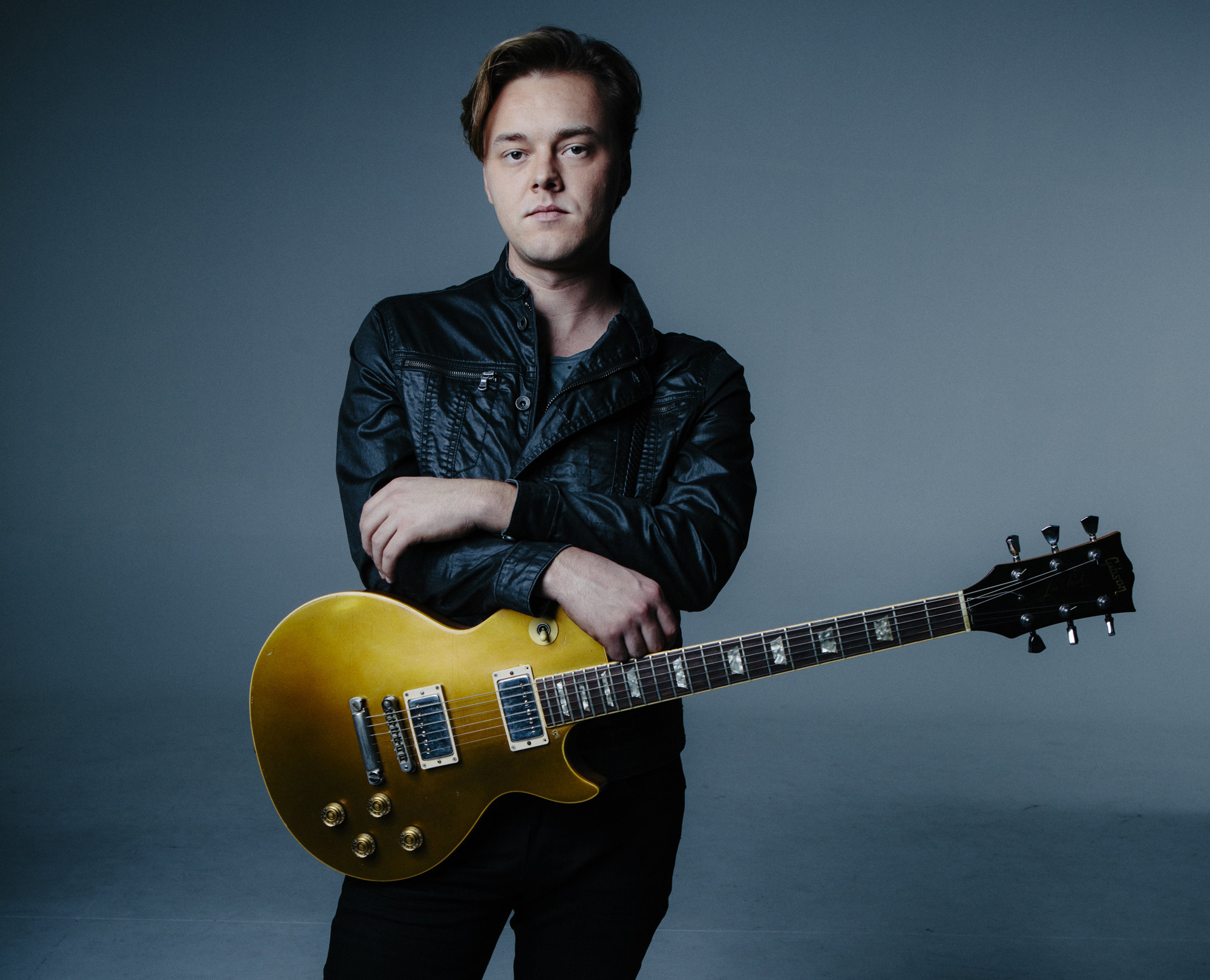 With me today in the Writers’ Rooms at the Hutton … Parker Millsap.

Thank you! Good to be here.

I’m so glad to have you. Tried to get you on the last record and we couldn’t work it out. But here you are. It’s perfect. It’s all meant to be, the way I see it.

Congratulations on this new record, Other Arrangements.

I first saw you play four years ago. You did a couple shows with Hayes Carll — the Basement and Music City Roots. The people at Music City Roots just about flipped out. Leapt to their feet. I think you got a standing ovation after every song.

[Laughs] It’s only a standing ovation at the end. Otherwise, it’s just an ovation.

[Laughs] Is that true? Even if they stand? Because they were on their feet, man.

Yeah. They save the standing for the end.

You were doing an acoustic trio, but even then, there was a fire in your performance. You’ve never been this mellow, folky guy. You have some mellow songs, but the overall sense. Even knowing that, on my first listen through to Other Arrangements, I was a little bit surprised. Then I paused and thought, “No. This makes sense. The grittier parts make sense.” Is that how you see it, too?

[Mock yells] “I don’t want to be the villain in your dreams anymore!”

[Laughs] Yeah, exactly! And, really, like any vocalist or musician, you want to cover all of the emotions — the whole gamut. You want to be able to make people feel sad or make people feel elated or whatever it is. But, yeah, this record, I just wanted to kind of rock out. It had been a minute.

Well, each record has been, not just a step forward, but a leap, I feel like, in terms of the production, in particular. I think the songwriting has been consistent and solid the whole time. Was that your vision or has it just been the natural flow?

I think it’s just getting better at it. Because I’ve thought about it. I’ll go back and listen to the old records. I just wasn’t as good. [Laughs] I like to think I’m getting better at it. And I try to make each record a little better and maybe a little closer to me. This record, lyrically, I feel like is less abstracted. Previously, I wrote a lot of character studies and story songs and things like that, where I could kind of take things that I was thinking and disguise them in a story of somebody else, put it at arm’s length. I still had to get into it, but could hold it at arm’s length and say, “That’s not about me.”

But, this record, is just a little more personal. I’m not trying to dress it up as much. It’s just like, “Here are some emotions, as a song.” [Laughs]