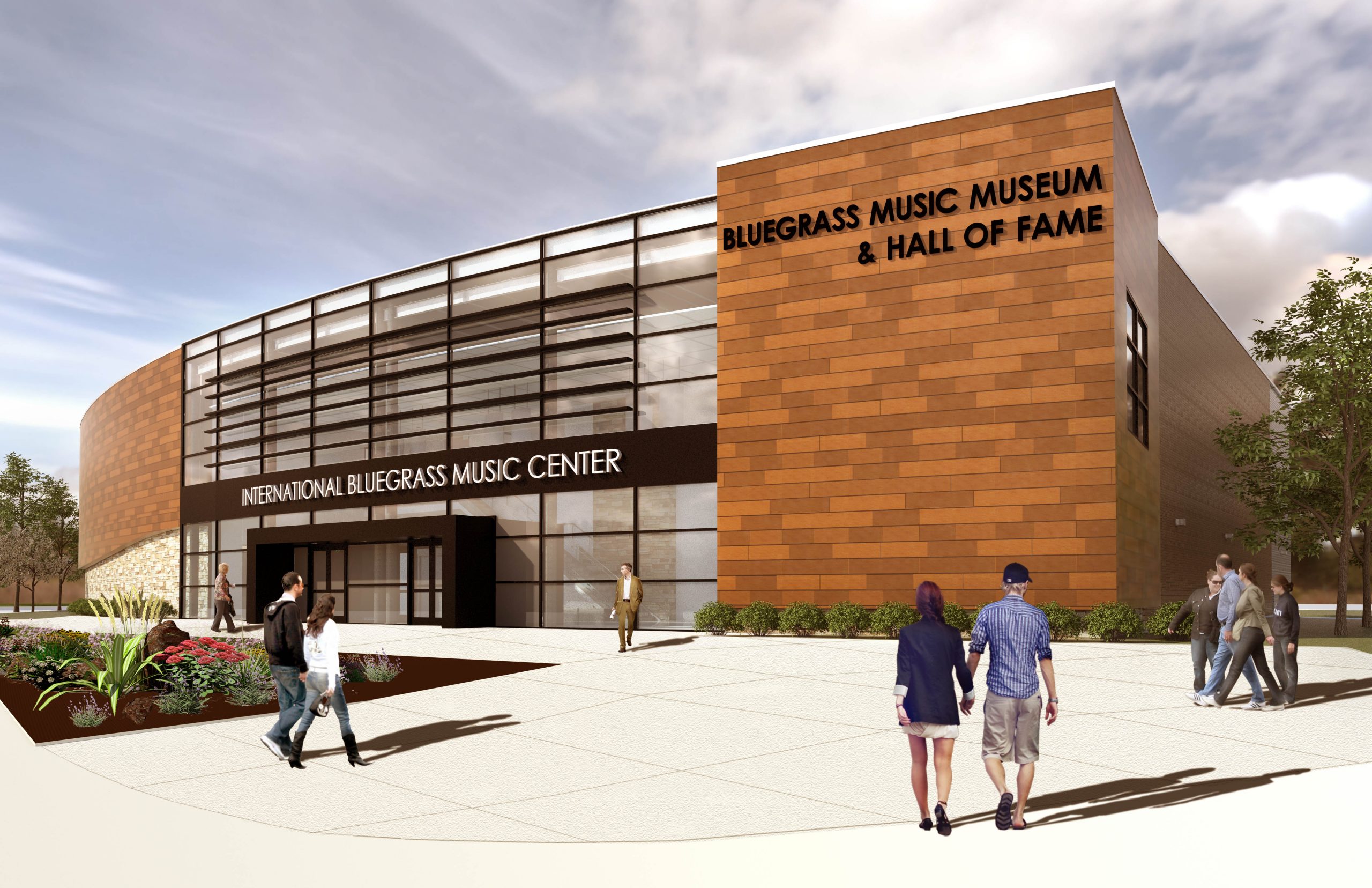 The International Bluegrass Music Museum and Hall of Fame in Owensboro, Kentucky, has long served as a home base for the bluegrass community. Founded in 1991 and occupying its current location on Owensboro's riverfront since 2002, the center has — through unique programming, a commitment to preserving bluegrass history, and an emphasis on live music — established itself as the go-to destination for bluegrass fans and players alike.

Chris Joslin, the newly appointed (in Summer of 2015) IBMM Executive Director, is currently overseeing one of the center's most exciting projects yet: expanding its existing facility to further serve bluegrass past, present, and future.

"There’s all this momentum building," Joslin says of the impending construction. "The timing is good because Owensboro, about five years ago, launched a really aggressive redevelopment of their downtown to really leverage their riverfront here on the Ohio River. So there was a lot of city and state investment. What was once just an eroding riverbank has now been transformed into five or six city blocks of cascading parks and fountains and outdoor music venues. It’s really amazing. All of that has been good news for Owensboro. I think Owensboro has always tried to take advantage of the Bluegrass Museum being here and branding the city on bluegrass."

The center, which is a 501(c)(3) organization, worked closely with city and state officials to raise funds for the expansion, which will include a new building, rooftop restaurant, additional exhibit space, and a 450-seat concert venue. The newly expanded facility will lend itself to greater educational efforts, larger historical artifact collections, and a more prominent home base for the center's annual music festival, ROMP, which takes place at nearby Yellow Creek Park.

The larger facility will also play a part in improving tourism in Owensboro, which is Kentucky's fourth-largest city and sits along the banks of the Ohio River.

"I think when it comes to a city of Owensboro’s size, I think with the Bluegrass Musuem and just bluegrass music, in general, people see it as more of a linchpin to generating news for the city and driving tourism," Joslin says. "There’s certainly a lot that Owensboro has to offer, but just the energy of ROMP and the energy around the museum and the music is undeniable. I think the folks here in Owensboro recognize that and feel great about leveraging that and drawing a spotlight toward Owensboro and what we’re doing and what the city is doing to celebrate that and to nurture that."

In addition to collaborating with local governments, IBMM called upon some of its more famous friends to help spread the word about raising funds for the expansion. Artists like Del McCoury, Sam Bush, and Jerry Douglas pitched in to help the center reach its goals.

While Joslin hasn't even been in his position at IBMM for a full year yet, he already has a long-term vision for the center that, at its core, is about preserving the legacy of the bluegrass community.

"I think we have the opportunity to be, literally and figuratively, a permanent structure for bluegrass, the capital city of bluegrass that’s open 365 days a year, where the artifacts live, where the educational programs are developed, where the live music is nurtured year-round," he says. "My long-term vision is to be as relevant to the music community at large as the Country Music Hall of Fame and the Rock and Roll Hall of Fame are. That’s really what we’re about, and we’re thinking big. It will be a fun journey to get there."

The center breaks ground on its new facility on June 23.