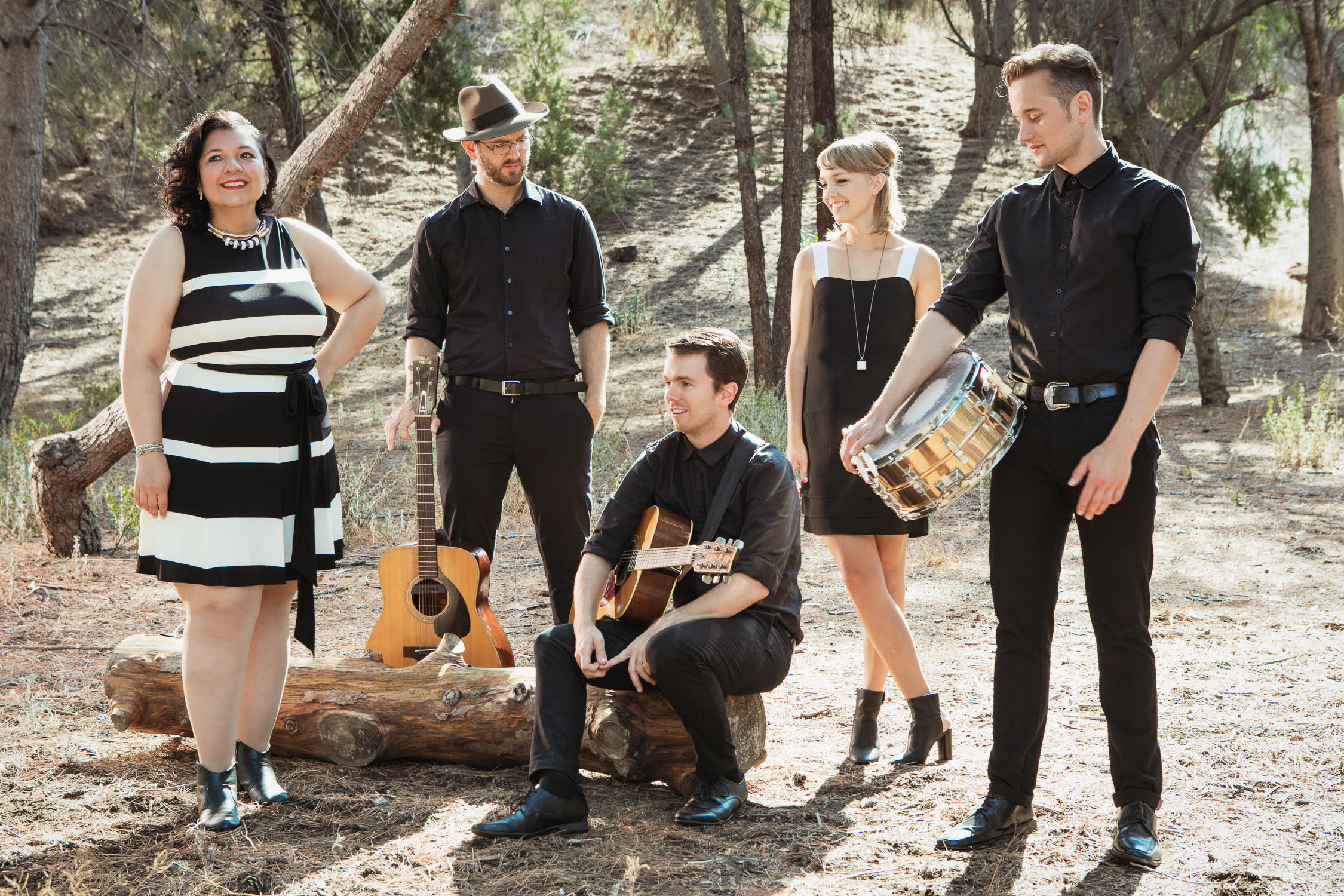 Sure, gospel isn't the first genre that comes to mind when anyone thinks of Los Angeles, but the Eagle Rock Gospel Singers hope to shift that thinking … even just a little. On their upcoming album, Heavenly Fire, the group lets front woman Kim Garcia spread her wings and share their message. And it's a message being heard at festivals around the country, including Austin City Limits, High Sierra, and Pygmalion.

Will Wadsworth and Jeremy Horton started the Gospel Singers five years ago as a way to help Wadsworth through a tough time. Those who gathered worked through songs by Mahalia Jackson, Sister Rosetta Tharpe, and others. But one of the biggest influences came from the Staple Singers — Mavis Staples, in particular.

“Obviously, the Staple Singers are a huge influence,” Garcia says. “When I write something, I try to think about what Mavis would sing, and go from there."

Regarding her inspiration for “No Apologies,” she adds, "Violence is an ever-present evil that surrounds us on daily basis. The band may not even know this, but I wrote this song in response to what I was seeing in the news — Ferguson, Charleston — in my Facebook feed, in my Twitter feed, etc. Violence should not be a trending topic, and yet it is. This song is a reminder that we're all on the same side, and that we're all hurting and in need of some kind of help — whether we're asking for it or not.”