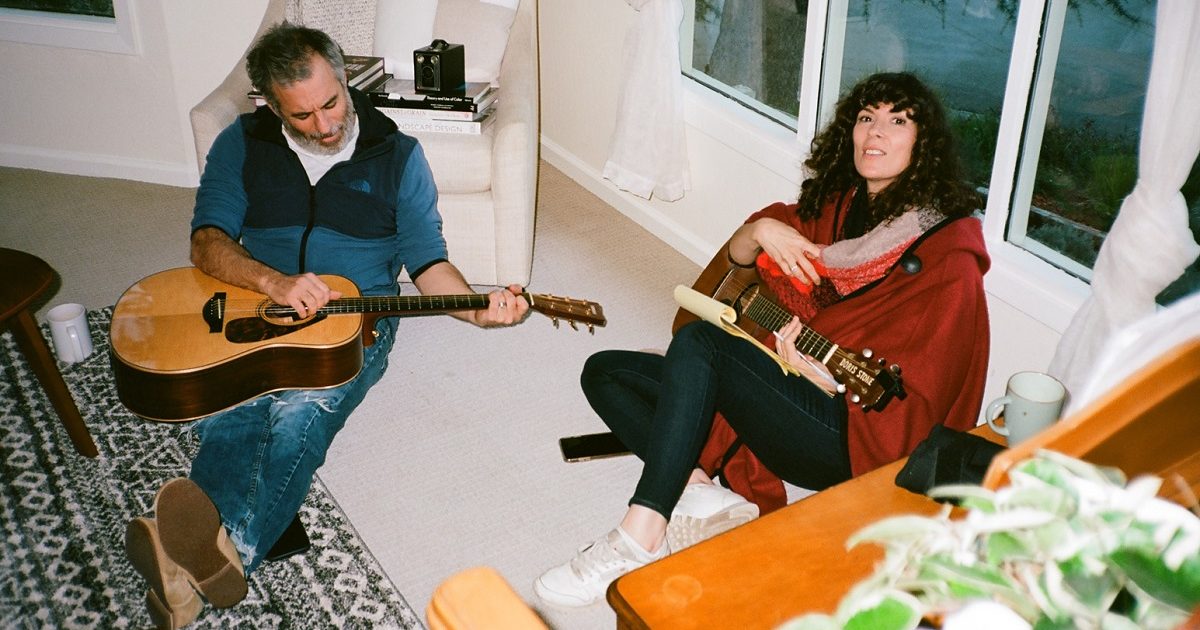 In Their Words: “A few years back I had become obsessed with a recording called ‘Please Stay’ by The Cryin’ Shames. It inspired me to dive back into old records of singers singing heartbreak songs from way back like Patti Page, The Everly Brothers, and so on. I hoped to convey that lonely, faraway sound on this record. Once Jamie and I started working on the song together we focused in on this unrequited love that drives the singer almost into a sense of delusion. It was really enjoyable finding ways to convey this through words and melody. This is the second duet that Jamie and I have done together. Her powerful, versatile voice can pretty much do anything. It’s a joy to sing and write with her.” — Greg Loiacono

“In October 2018, Blue Rose introduced me to Greg Loiacono to sing on a duet he’d written called ‘San Felipe.’ Recording that day flowed naturally and led to us wanting to collaborate again in the future. Greg invited me to open for him — along with Scott Hirsch (Hiss Golden Messenger) — at the Sweetwater in Mill Valley, California, and I had a day off, so I took a drive to Greg’s hometown of Novato to work on some co-writes. The photo we used for the art was caught on film during the writing session. ‘Bound to Fall’ became a world for us to step into that was different from ‘San Felipe,’ but similar in that we captured a specific, vintage, musical vibe in an authentic way. It’s quite enjoyable to have musical friends you can accomplish different worlds with; I’m grateful to have found this kind of collaborator in Greg Loiacono.” — Jamie Drake