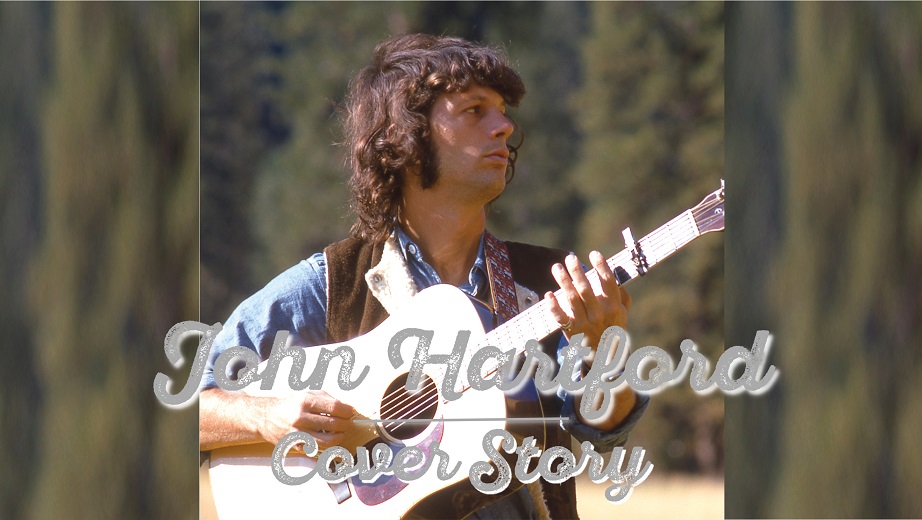 Sum up the importance of John Hartford in one sentence?

That’s the challenge given to Skip Heller.

Five minutes later, after a stream-of-consciousness run of superlatives, analogies and tangents — songwriter, entertainer, transitional figure and simply great are among the terms employed, as is the declaration that Hartford was a “gateway drug to bluegrass music” — Heller finally sighs.

“You are talking with someone who, with money he got on his fourth birthday, bought a John Hartford record,” he says.

In other words, Heller is just too deep into all things of Hartford’s life and music to boil it down to one line. While that worked against coming up with a neat summary, it served him very well as compiler and producer of the new Backroads, Rivers & Memories album.

It’s an illuminating and lively collection of previously unreleased early- and mid-1960s recordings that pre-date and pre-sage Hartford’s soon-to-come impact as a major songwriter (the 1967 Glen Campbell hit “Gentle on My Mind”), a “newgrass” pioneer (the much-beloved, still-unique Aereo-Plain album), and a solo banjoist, fiddler, foot-stomper, noted wit and colorful chronicler of life on Mississippi (a St. Louis native, he piloted the steamboat Julia Belle Swain every summer for much of his life).

And it comes as the presence and adoration of Hartford, who died in 2001 at 63 of Non-Hodgkin lymphoma, has had a resurgence, with a new legion of young fans discovering his music and prominent posthumous places on the soundtracks to the Coen Brothers’ O Brother, Where Art Thou? and 2017’s Lady Bird. For the latter his melancholy “This Eve of Parting” underscores a key scene, his sad baritone conveying the distress of the mother, Laurie Metcalf’s character.

But the genesis of the set can be traced to a fateful ’68 evening in Heller’s family’s Philadelphia living room, the TV tuned to CBS. It was a moment for the then-tyke comparable for him to what many experienced a few years prior watching the same network when the Beatles made their American TV debut on Ed Sullivan’s show.

On the screen was The Smothers Brothers Comedy Hour, and Hartford, a regular on the show picking banjo and appearing in some sketches, was duetting with Glen Campbell on “Gentle on My Mind.” That appearance essentially previewed Campbell’s own variety show that would be inaugurated soon as the Smothers’ summer replacement, with Hartford a major presence on it as well — that was him each week standing up in the audience to pluck the same song’s intro on banjo to start the show.

“If you were inclined toward music and you were going to spend your money on a record, it was going to be that or a Monkees record,” he says, allowing that perhaps Campbell would have been the attraction here for most, “but my parents already had those records.”

The album in question was either 1967’s Earthwords & Music (which included the version of “Gentle on My Mind” that caught Glen Campbell’s ear) or the next year’s Gentle on My Mind & Other Originals (piggybacking on Campbell’s massive hit with the song). He had them both, one that he bought, the other given to him by his “cool uncle,” but he’s not sure which was which. Regardless, the boy’s path in life was set.

So let’s — pardon the expression — skip ahead to the present. Heller, an accomplished and respected roots-and-far-beyond musician based in the Los Angeles area, stands as perhaps the foremost authority on his hero’s life and music, and this new album came from that and from the close relationship he developed with Hartford (opening for him at a Philadelphia concert in 1996 remains a personal highlight) and with his family. The family, including Hartford’s son Jamie, a guitar ace and singer who has carried on some of his dad’s traditions, had already released some archival material and talked with Heller about other possibilities. Ultimately, Heller was sent an extensive digital library and set to assessing, quite the task as Hartford was an obsessive taper.

After contemplating a compilation of live recordings, Heller hit on the notion of building an album from Hartford’s ‘60s songwriting demos, adding to that some airchecks from his regular radio show on WHOW in Clinton, Illinois (near St. Louis) and — a real treat for fans — the entire eight-song output of his early Ozark Mountain Trio, pretty straight bluegrass.

Overall, it shows an evolution of a singular figure, someone who took traditions and made them his own, infused them with his distinctive talents and personality, and in turn shaped sensibilities of others to come. Along the way there are demos of “Gentle on My Mind,” “Eve of Multiplication,” “This Eve of Parting,” and other songs he would record for his late-‘60s run of albums on RCA. And, as a tantalizing if brief and ephemeral bonus, there’s a 30-second excerpt from a rehearsal with a band of Nashville pros of what would become “Steam Powered Aereo Plane,” which a couple of years later would become a centerpiece of that forward-thinking album he made with fiddler Vassar Clements, guitarist Norman Blake, Dobro master Tut Taylor, and bassist Randy Scruggs.

“The Ozark Trio and radio things, those are the makings of John Hartford,” Heller says. “And you can hear how when he starts finding his own voice through this, Pete Seeger was the transitional figure who was around. He really gets clearer about who he’s going to be. His batting average as a songwriter gets much better, a combination of Pete Seeger and Roger Miller. He gets his elliptical words stuff from Miller.”

Heller found a lot of epiphanies and revelations in the course of putting this all together. One that may strike many is in the Ozark recordings.

“If you didn’t know that was John on banjo, you’d go, ‘Who is that?’” he says. “He’s amazing. Not doing anything J.D. Crowe or other of the ‘real’ guys would be doing, and you can hear Earl [Scruggs] on it, and maybe also Doug Dillard’s influence. One of the things in this album for me was to show how incredibly grounded he was in traditional bluegrass. He could have gone on and just done that, could have made a life of that, just be a banjo player. And on those radio airchecks, he is one of those old-time country guys. To hear that professionalism before he even got to Nashville was an epiphany.”

But even more so, Heller was astounded by how meticulous Hartford was in the songwriting process.

“The revelations to me were often how he would evolve a piece of material in the process of writing before he ever played it,” he says. “There are songs for which we had four, five, six versions. He really could get in the weeds. Any really good songwriters can.”

The biggest questions may revolve around the “Aereo Plane” clip. Why just 30 seconds? And what can we learn from that short passage?

“The whole rehearsal of ‘Aereo Plane’ is like 40 minutes,” he says. “You hear the band that’s on the RCA records rehearsing it — and not quite getting it.”

These are ace musicians, Heller notes, some of the top that Nashville had to offer. But Hartford’s vision has moved in a way that they couldn’t quite follow.

“Once he hits [the album] Aereo-Plain it’s all going to change,” he says, citing that later album’s fusion of old-timey string band gospel and progressive flights of fancy, spiked by touches of both heartfelt tenderness and witty Dada-hippie absurdities (including the two spellings of plane/plain) only hinted at in his earlier works.

“To me that feels like the natural cut-off point, the end of the RCA years. Why? The band he has can’t quite play the next thing he had in mind.”