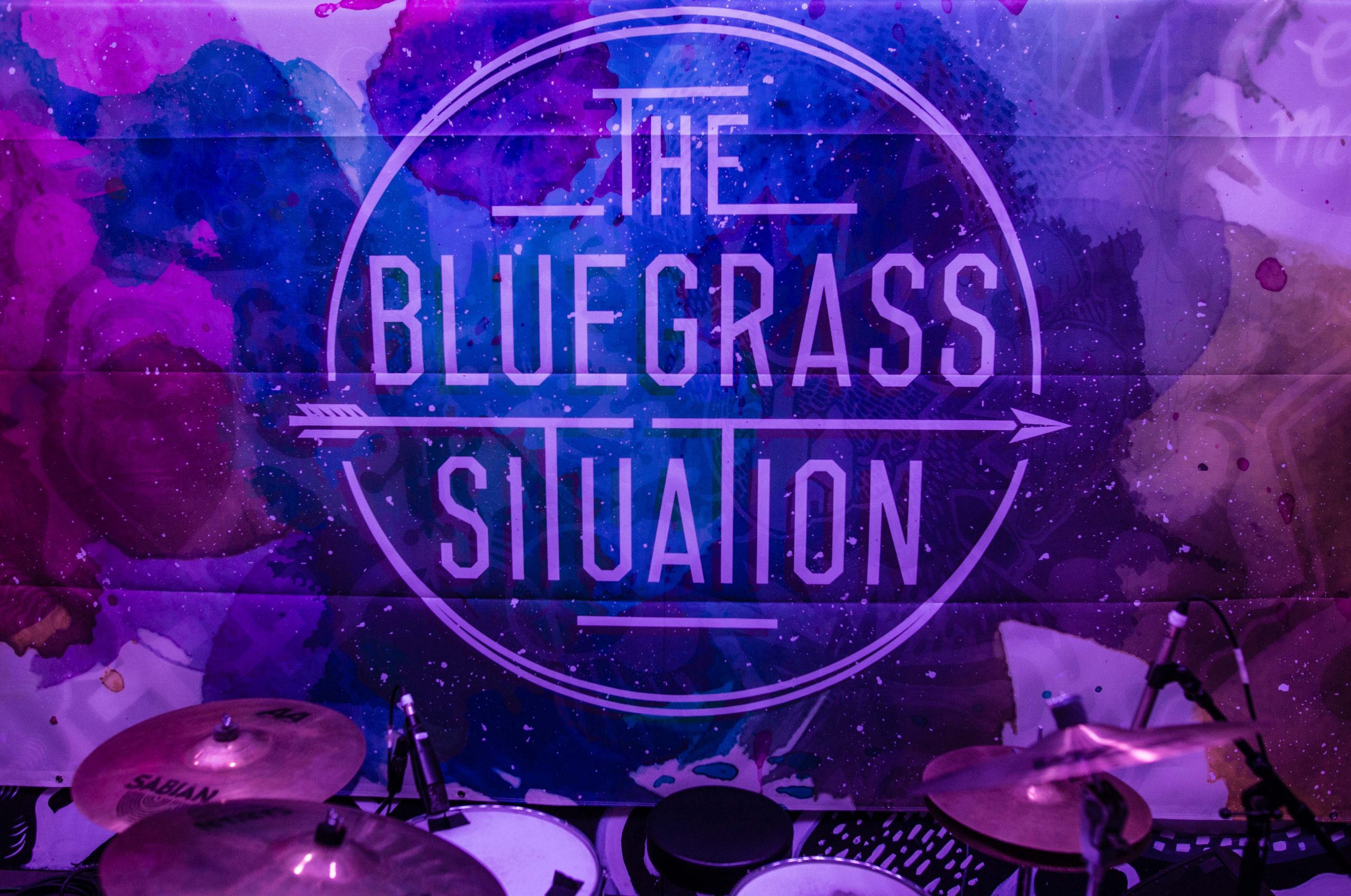 Last week, the Bluegrass Situation hopped a flight north to Winnipeg, settling in for a weekend of new sights and good tunes with our kind neighbors up in Canada. The festival, which has been going since its inaugural year in 1974, was kind enough to let us take over a stage and be a part of the tradition on Friday for an evening of back-to-back, harmony-filled, banjo-driven goodness capped off by our first-ever #BGSNorth Album Hour Superjam of the Eagles' Hotel California — and the artists rose to the challenge.

Noam Pikelny, the banjo virtuoso of Punch Brothers’ fame, MC’d the event with a heavy dose of dry humor, introducing guests before their performances and returning to the stage for brief interviews during set changes. 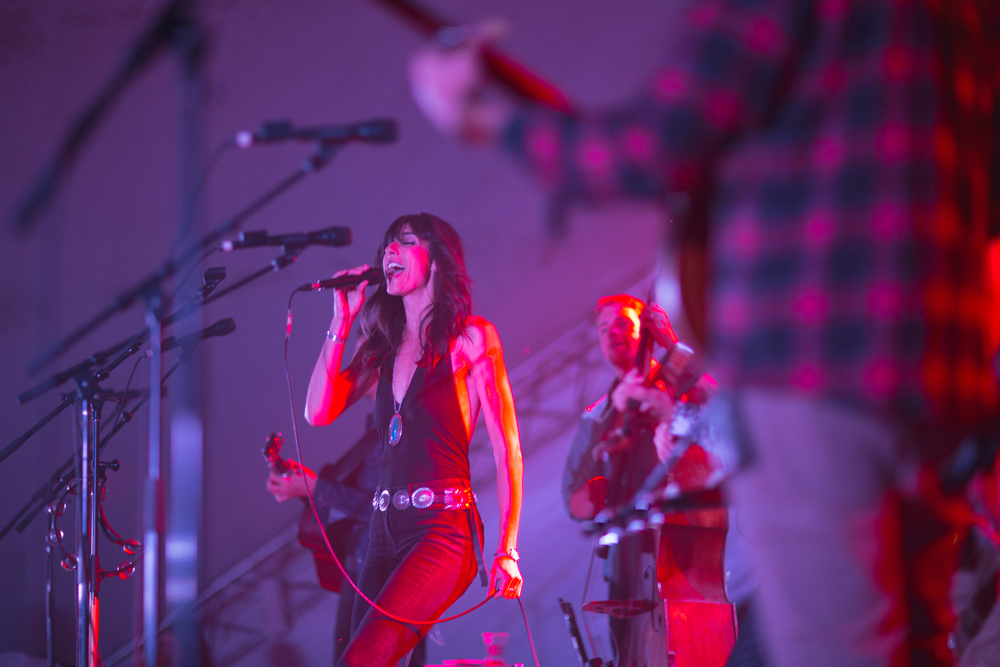 By the time the main event revved up, Nicki Bluhm and the Infamous Stringdusters had already railed through a set of their own, so they felt like old friends with the audience as they walked out on stage for the anti-encore — album opener and title track “Hotel California.” Bluhm’s smooth vocals paired well with the deft instrumentals of the bluegrass group for a rendition of the number that had the sizable song singing every word. 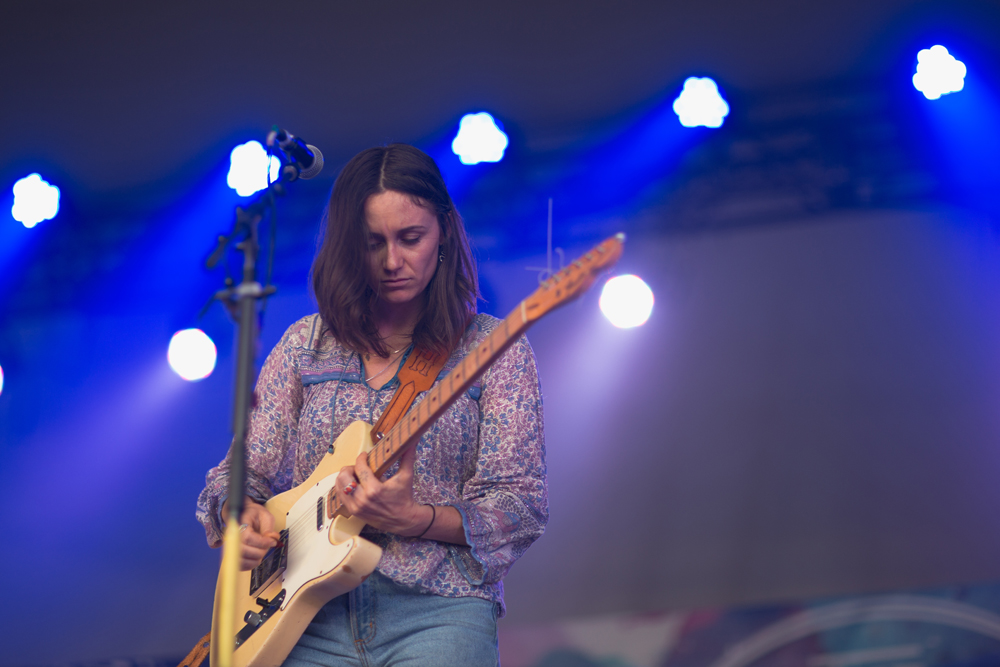 The Wild Reeds had already won over many attendees with their earlier set on the stage and were greeted warmly for their take on “New Kid in Town.” Strong harmonies — and stage presence for days — would make this three-frontwomen band compelling enough a cappella, but the rock elements on instrumentals take the Wild Reeds to the next level. Their performance of “New Kid in Town” felt even sweeter with the addition of Pikelny, who had raved about their performance from the stage earlier in the evening and added a certain fullness to the performance. 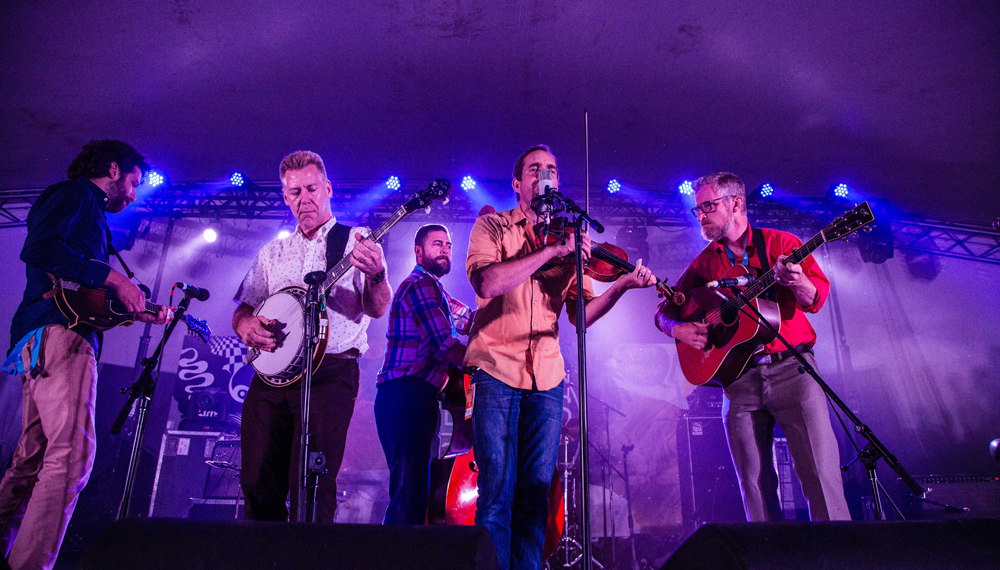 Canada’s own Foggy Hogtown Boys were faced with high expectations as they came out for hit single “Life in the Fast Lane,” and the group emerged as some of the most skillful and good-natured performers of the evening. Even low-key attendees sitting in chairs couldn’t help but move a bit to the music, and the smiles on the faces of these classic bluegrass players were contagious.

One of the high points of the evening came from Rayland Baxter, who sauntered onto the stage, a lone keyboardist accompanying him, to croon through a swoon-worthy “Wasted Time.” Baxter really made the number his own, hamming it up a bit and delivering the kind of performance that would delight your grandma right alongside your stoner buddy. “Wasted Time” may not have been one of the Eagles’ marquee numbers, but Baxter’s rendition surely gave Eagles newbies a reason to take a listen. 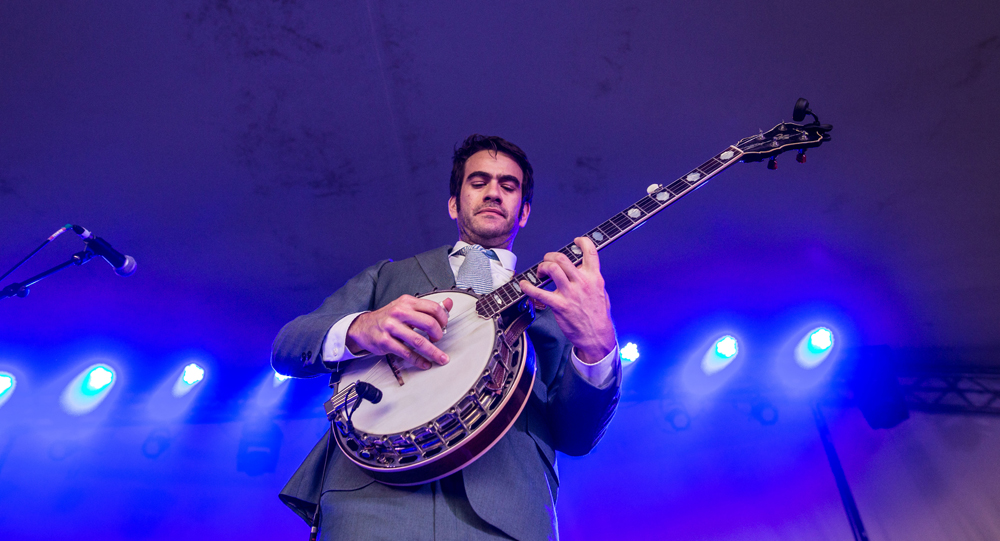 Pikelny took the spotlight next, choosing to perform solo for his interpretation of “Victim of Love.” Quips about the Eagles secret origins in the heart of Appalachia (What? You didn’t know about those?) gave way to a hearty run-through of the track on the banjo. It was easy to ignore Pikelny’s sarcasm and just agree with him: Maybe acoustic, solo, and on the banjo really is how the song was destined to be played. 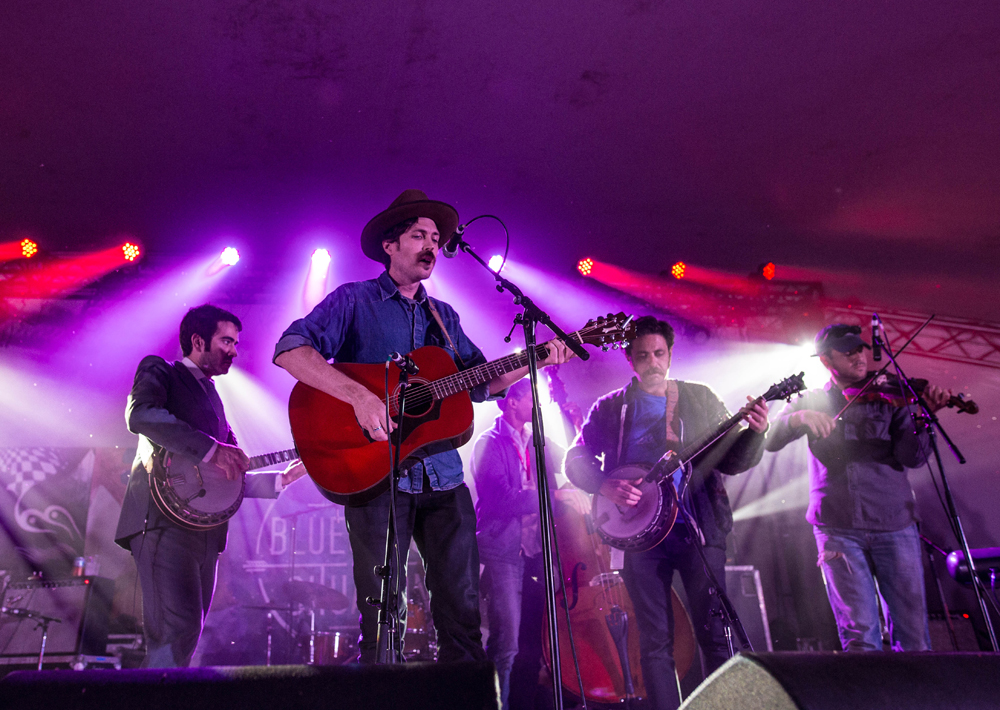 San Francisco up-and-comers Brothers Comatose brought the Wild Reeds back out for help on backing vocals for album track “Pretty Maids All in a Row,” and their well-rounded harmonies on the vocals gave the song an added intensity. After that, the Infamous Stringdusters returned to the stage (sans Bluhm) for “Try and Love Again,” delivering a performance that was a likely favorite for classic bluegrass fans in attendance. 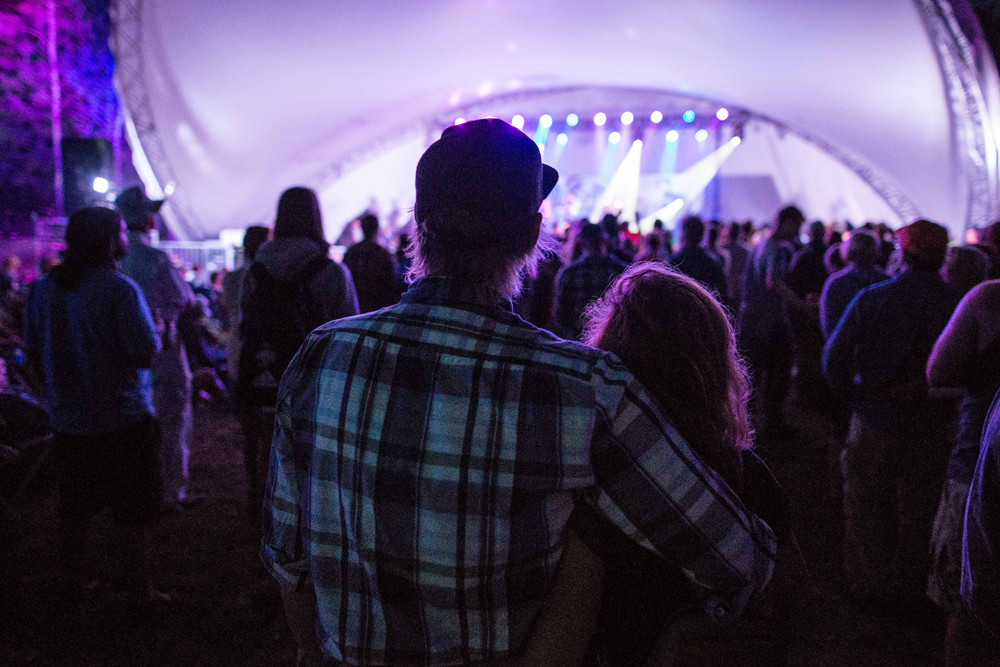 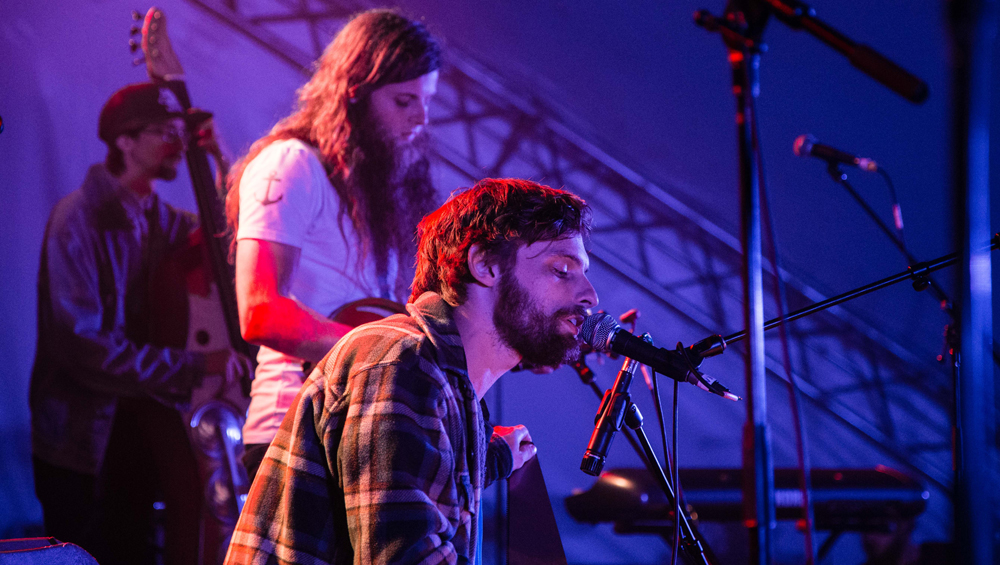 One of the interesting things about playing a full record from start to finish — in the live setting, at least — is that the set list isn’t a surprise. There is no way to hold the audience hostage by saving the well-known tracks for last, and certainly some would opt to beat the traffic and leave before the end of the set. Fortunately, Massachusetts band Parsonsfield’s stage-closing performance of Hotel California’s final song, “The Last Resort,” felt like a real finale. The five-piece drew out the lyrics in dramatic fashion, a wink to their own New England roots fueling a vibe that didn’t need an up-tempo track to feel like a climax.

The whole experience left us ready to turn around and put the whole show on again. Whaddaya say, Winnipeg Folk Festival?