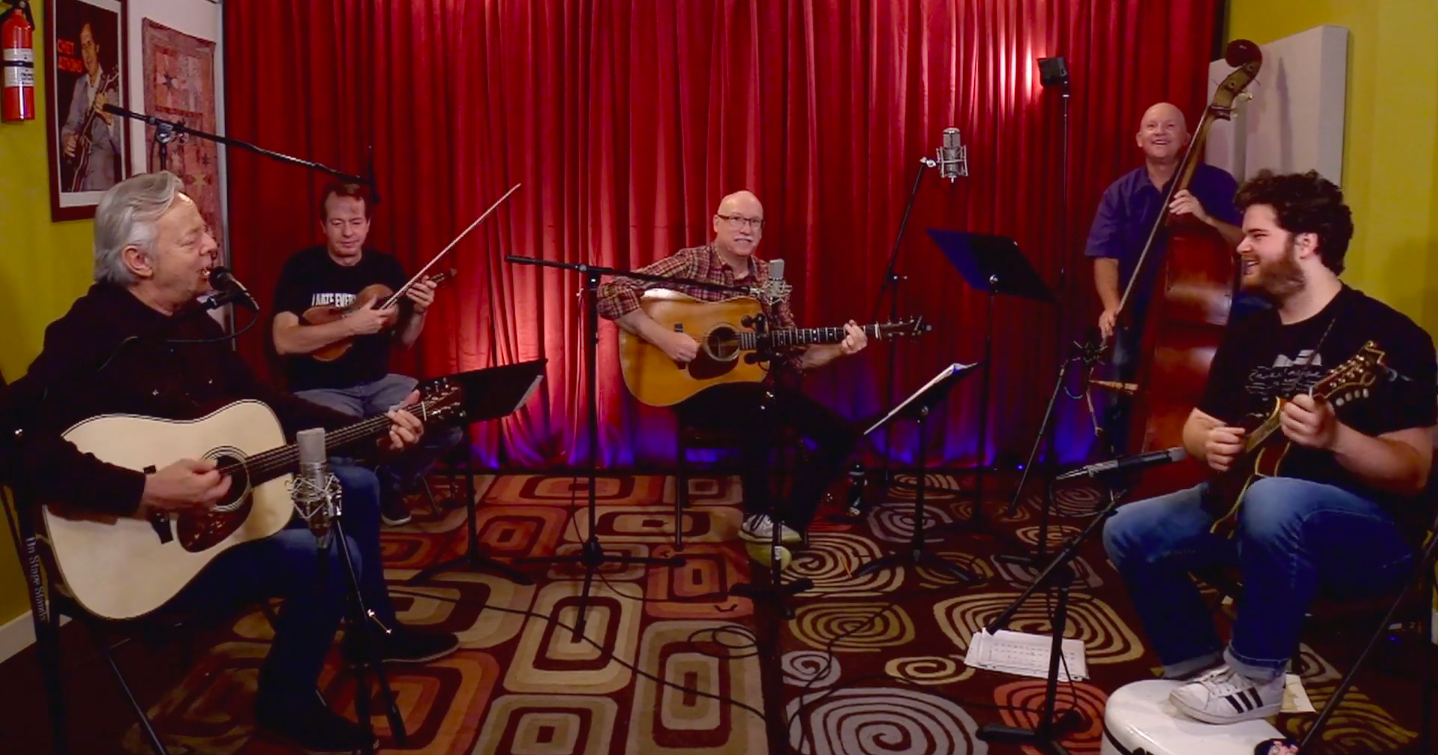 Flatpicker David Grier and his band have missed the stage in recent months, itching to perform with the regularity they once did. Luckily, the good folks at Nashville TuneStream have given them a stage from which they can perform safely and deliver their golden musical product to audiences around the world.

A weekly residency was established for Grier and co. at the livestream production company earlier this year, and we at BGS have been watching. If you haven’t yet had the privilege of seeing David Grier work his magic live, we strongly encourage you to do so at the next safe opportunity — though streams will certainly stand in until that point! A purist and traditionalist of sorts, Grier isn’t quite a household name, but you’d be hard-pressed to find a better flatpicker in the world. As a testament to his musicianship, Grier’s band is always loaded with heavy-hitting instrumentalists, this time including Stuart Duncan, Casey Campbell, Dennis Crouch, and renowned virtuosic guitarist Tommy Emmanuel.

Emmanuel leads the band through Merle Haggard’s “Workin’ Man Blues.” The train gets off to a powerful start, but Grier and Emmanuel derail the ensemble and venture off into a delightful guitars-only playground near the song’s end. During this pseudo-guitar duel, the rest stop entirely and share laughs with one another, as amused as we viewers at the mini guitar hero battle. The David Grier Band is scheduled to perform weekly for Nashville Tunestream, so watch this performance as a teaser and, if you can, support the band by tuning in!