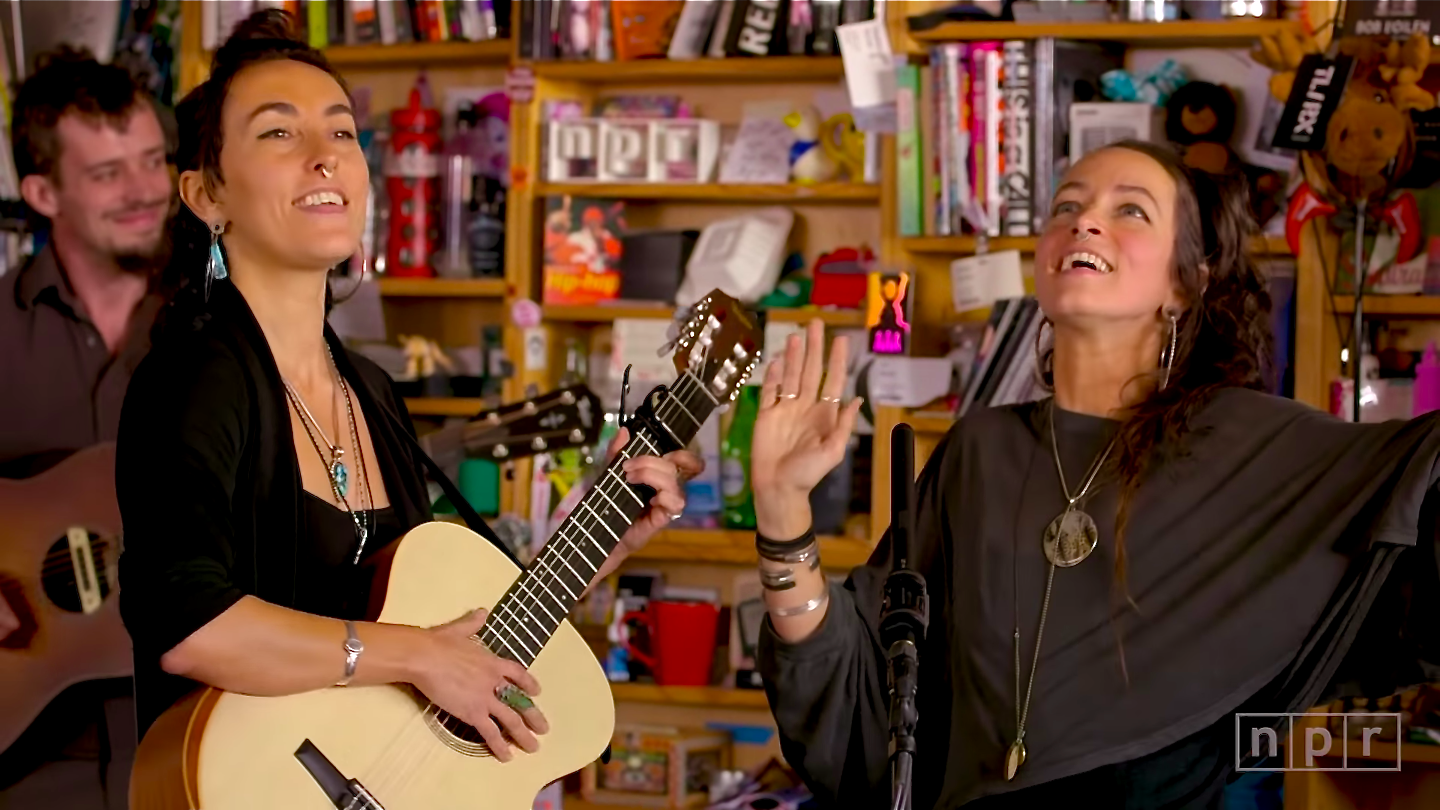 Atlanta-based, globally-influenced string band Rising Appalachia bring a unique flavor to American roots music. Drawing on modern styles and traditional sentiments, they craft an original take on folk. Fronted by sisters Leah and Chloe Smith, the band has a sound that is at once familiar and fresh, incorporating various world percussion instruments, reggae-esque grooves, and fluttery melodies that deliver the songs’ meanings with clarity and precision. Like many folk artists before them, Rising Appalachia are no strangers to building art around their activism. One action the band prides itself on is the Slow Music Movement, an idea aimed at creating sustainable practices for touring entertainment acts and re-framing performance as a public service. Watch Rising Appalachia on NPR’s Tiny Desk.