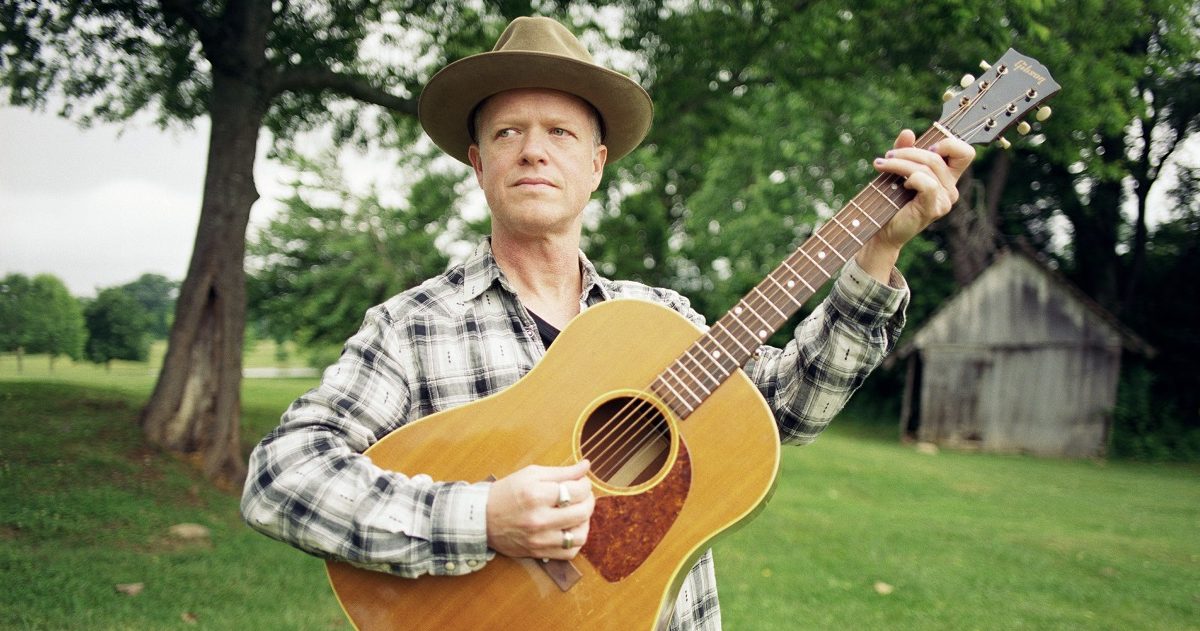 Slide guitar has been a lifelong fascination for me. I got into it when my uncle gave me a slide for my birthday when I was about 13. I had no idea how to use it, but eventually figured it out by copying Mick Taylor on Sticky Fingers, and I went from there. I’ve gone pretty deep, and find the roots of slide to be very fascinating. I’d like to share this playlist with you to show you some of the music that has inspired me in my journey. It definitely favors the early generations of players from the ’20s to the ’70s, but this playlist is meant to show you where it all comes from and what inspired me.

There wasn’t much slide going on in the ’80s that I was interested in as a kid, but there certainly are a lot of great players around now in the post-Derek Trucks era. In showing you where my influences are, this is a pretty good list. It covers blues, Hawaiian, jazz, rock, experimental, the whole nine yards. I even get into pedal steel a little bit, as there are a few important ones for me, but I won’t go too far into that world. I like how this playlist works totally out of chronological order, I hope you do, too. Enjoy! — Steve Dawson

King Bennie is my favorite of all the pre-war Hawaiian players. He was very creative and inspired, and played in lots of different bands. He was basically a vaudeville/street performer who also recorded. I wrote a song, loosely based on his life on my new album, but this is one of his great performances.

Tampa Red was probably the most sophisticated player of the pre-war slide players. He had sort of a jazz sensibility but could also get down in the greasy stuff. I like both of those aspects of his playing.

Kevin is a brilliant musician from Toronto who I got to know and play with a number of times. He is incredible to watch and can shred with the best of them, but his compositions are often haunting and beautiful like this one. He put out a resonator/slide record some years ago called “empty” that remains one of my favorite albums to this day.

Jim and Bob – “The Song of the Range”

This duo was so creative and impressive. Their arrangements were top-notch and the playing is phenomenal. So fast, clean and sophisticated. They were obviously hip to a lot of the jazz horn players of the day.

Tedeschi Trucks Band – “Made Up Mind”

To me, slide players fall into the pre and post-Derek Trucks camp. There are things that he does as a player that no one did before and pretty much anyone that learned to play since he’s been around has been influenced by him, and you can tell. There’s tons of great Derek Trucks stuff out there, but I always dug this melodic, yet ripping solo.

Bob wasn’t the steel player — Leon McAuliffe was. This is basically the bible of electric steel guitar playing. It’s not the most complex, or the flashiest, but most modern steel and slide playing can eventually be traced back to this ripping little number. Dig Bob doing the cat calls throughout!

Sonny came out of the Louisiana Zydeco scene and played with John Hiatt on tour and on some great records. This is a very cool instrumental that was a big influence on me when it first came out. He really sent slide guitar in some new directions with innovative techniques.

Elmore James – “The Sky Is Crying”

Elmore basically electrified the slide and popularized the riff that anyone with an open-tuned guitar first learns to play. It’s kind of ruined electric slide guitar if you go and see a blues band at your local bar, but when you hear the guy that invented it do it this well with such tone, it’s a whole different ball of wax!

Ry Cooder – “How Can You Keep on Moving?”

For me, this has everything I like about slide playing rolled up into one song and one solo. It’s probably my favorite piece of recorded electric slide guitar ever made. Sort of simple, but incredibly difficult to play this well. It’s got all the great playing of the early era Ry and the tone is unreal. It’s cool that the solo is acoustic and the rest of the song is electric. And the rhythm playing is insanely cool throughout.

I saw Ben Harper in Vancouver in about ’93 before his first album came out. He was opening for Tommy Emmanuel. There were about 10 people there. Ben played totally acoustic and it blew my mind. I’ve never forgotten that show. For me, and what I like about his playing, which is raw simplicity and soul, his recent album (all instrumental) Wintertime Is For Lovers is the best thing he’s ever done and it brings me back to that concert.

Smeck was a vaudeville guy and also quite widely recorded. He’s a phenomenal slide player and also just as great on regular guitar and ukulele. He had one of the earliest signature model guitars — the Gibson Roy Smeck.

Sol was one of the greatest Hawaiian players and was actually very famous at the time. He came to the mainland in the mid-’20s and kicked off a nationwide Hawaiian craze that influenced music and pop culture. It was said that Sol would get hired to come to movie sets and play songs like this one to make the stars all weepy before their crying scenes. Sol was magnificent.

Muddy was the link between Robert Johnson and Chicago blues — he electrified it and made it commercial and exciting. Not the technical expert that Johnson was, Muddy had tone and feel for days.

I love Lindley’s electric steel playing, but in the ’90s he devoted himself to more acoustic music, although his instruments are always plugged in and sound massive. He had a few duos with percussionists like Hani Nasser and Wally Ingram that are phenomenal. The Weissenborn playing of this period of his career was hugely influential to me, but none of it is available in the digital realm, so here’s a great one from the ’80s.

I love Duane Allman, and he’s on this list, of course, but if you can listen to this version of this song and tell me he didn’t get 90% of what he does from Jesse Ed Davis playing with Taj on this one, I’ll buy you a sandwich.

Duane Allman at his finest. This one was huge for me.

I got into slide because of Sticky Fingers. I had no idea how to do it or what he was doing, or even who he was yet, but it was Mick Taylor who got me into it and especially considering he wasn’t 20 years old at this point, it’s pretty insane. The first solo on this one is Mick playing. And I’m pretty sure it’s Mick Jagger playing the other guitar part, not Keith.

This is the song that got me into playing pedal steel. I’m not going to go down the pedal steel rabbit hole on this playlist, but this song and steel solo (by Greg Leisz) definitely changed my life, so I thought I’d include it.

Jerry has redefined the dobro as an instrument capable of playing in all genres, not just bluegrass. He came from a bluegrass background, but has gone on to be one of the great instrumentalists of our time. He is also very prolific and has tons of records to pick from, but this is an interesting one and shows his killer melodic playing that everyone who plays the dobro copies to one extent or another.

Blind Willie Johnson – “Dark Was The Night, Cold Was The Ground”

I mean, if one song shows the power of slide guitar at its moodiest, this is the one. Frightening, all these decades later.