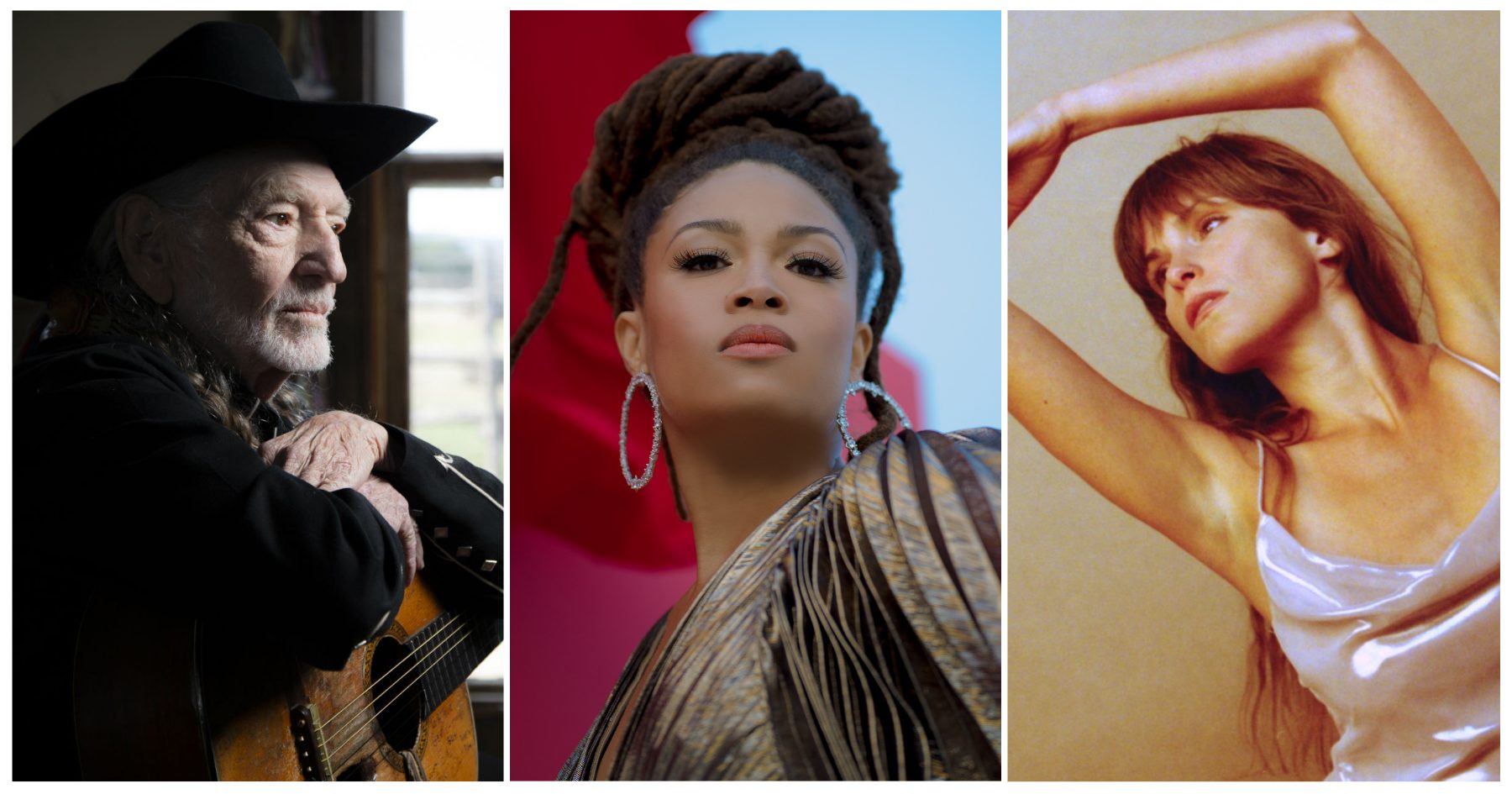 Welcome to the 200th episode of the BGS Radio Hour! Since 2017, the show has been a weekly recap of all the great music, new and old, featured on BGS. This week we’ve got new releases from legends including Willie Nelson, and up-and-comers like Clint Roberts – and we can’t forget our March Artist of the Month, Valerie June! Remember to check back every Monday for a new episode of the BGS Radio Hour.

Through a career spanning more than a half decade and 95 albums, Willie Nelson continues to provide answers during our troubled times. His most recent record, That’s Life, celebrates the music of his friend and colleague Frank Sinatra.

In celebration of her newest album, Dark River, Lydia Luce joins BGS for a 5+5 this week, where we talked inspirations, favorite art forms (other than music), and performance rituals. We’d like to RSVP for that Pad Thai with Nick Drake, please.

San Francisco-based Jesse Brewster brings us a fictional tale from 19th-century Ireland this week. His new album, The Lonely Pines, is out now on Crooked Prairie Records.

Crys Matthews – “Call Them In”

From the upcoming album Changemakers, Crys Matthews extends a social justice invitation to us all in “Call Them In.” As a Black southerner, Matthews wrote the lyrics with freedom songs on her mind, supported by the inspiration of the late Representative John Lewis and Dr. Martin Luther King, Jr.

Recent guest of our Show On The Road podcast Langhorne Slim sat down with BGS to talk his new album, Strawberry Mansion. Though it was never planned, the album presented itself through self-discovery, through the many personal and shared hardships of the last year.

Many of those who have driven westward from Tennessee have jetted past Paducah, Kentucky. For Nashville-based singer and songwriter Nate Fredrick, it’s more than just a stop on the highway: it’s a stage in the journey where it becomes obvious that if he made it this far, he can make it to his home in Springfield, Missouri.

Being tough isn’t easy, but it’s something we can all do with the right inspiration. Cooper wrote this song for his nephew, Brazos, inspired by the river for which he was named. “I want him to remember that, like a river, he could shape mountains, instead of mountains shaping him,” Cooper tells BGS.

This West-Tennessee born and Brooklyn-based artist is our March Artist of the Month here at BGS! Stay tuned all month long for exclusive interviews and content featuring Valerie June. Here’s a track featuring soul legend Carla Thomas, from June’s new album The Moon and Stars: Prescriptions for Dreamers.

Jesse Terry – “When We Wander”

From Connecticut, Jesse Terry brings us a travel-inspired song, ironically completed right before the pandemic hit. Terry captures the feeling of taking a risk, despite fear of the unknown, and the shared experience of emerging out of it a more fulfilled human being.

Lauren Spring – “I Remember You”

For Lauren Spring, “I Remember You” is about choosing to remember someone in a kinder light than what the relationship may have been in reality. We should note the song’s inspiration: the viral TikTok video featuring a skateboarder, cranberry juice, and Fleetwood Mac’s ‘Dreams’ may or may not have subconsciously influenced the song’s sound.

Curtis Salgado – “The Longer That I Live”

Portland-based blues musician Curtis Salgado brings us a 5+5 this week in celebration of his new album, Damage Control. From an unexpected performance with B.B. King to a dream musician and meal pairing, Salgado seems to be nailing those three mission statements that he gave BGS.

Clint Roberts – “Nothing Left to Say”

For this Western North Carolina-based singer and songwriter, the mountains are his inspiration. As a trail runner, Roberts uses his time running through the mountains to hash out lyrics and music – perhaps this song, from his new Rose Songs, was one of them.

Inspired by pickers as varied as the plugged-in sounds of Joe Satriani and Eric Johnson to acoustic masters like Chris Thile and Béla Fleck, this Tucson-based duo brings us a rare (for them) instrumental on their new album, Under the Leaves.

Many of us have heard this phrase in the past, but almost definitely this past year: Silence is violence. But we can’t give up on reaching out to those who are silent for help; we have to uproot the complacency that plagues our society. As Chris Pierce tells BGS, “If you smile and applaud for those different than you, be willing to fight for those folks too.”