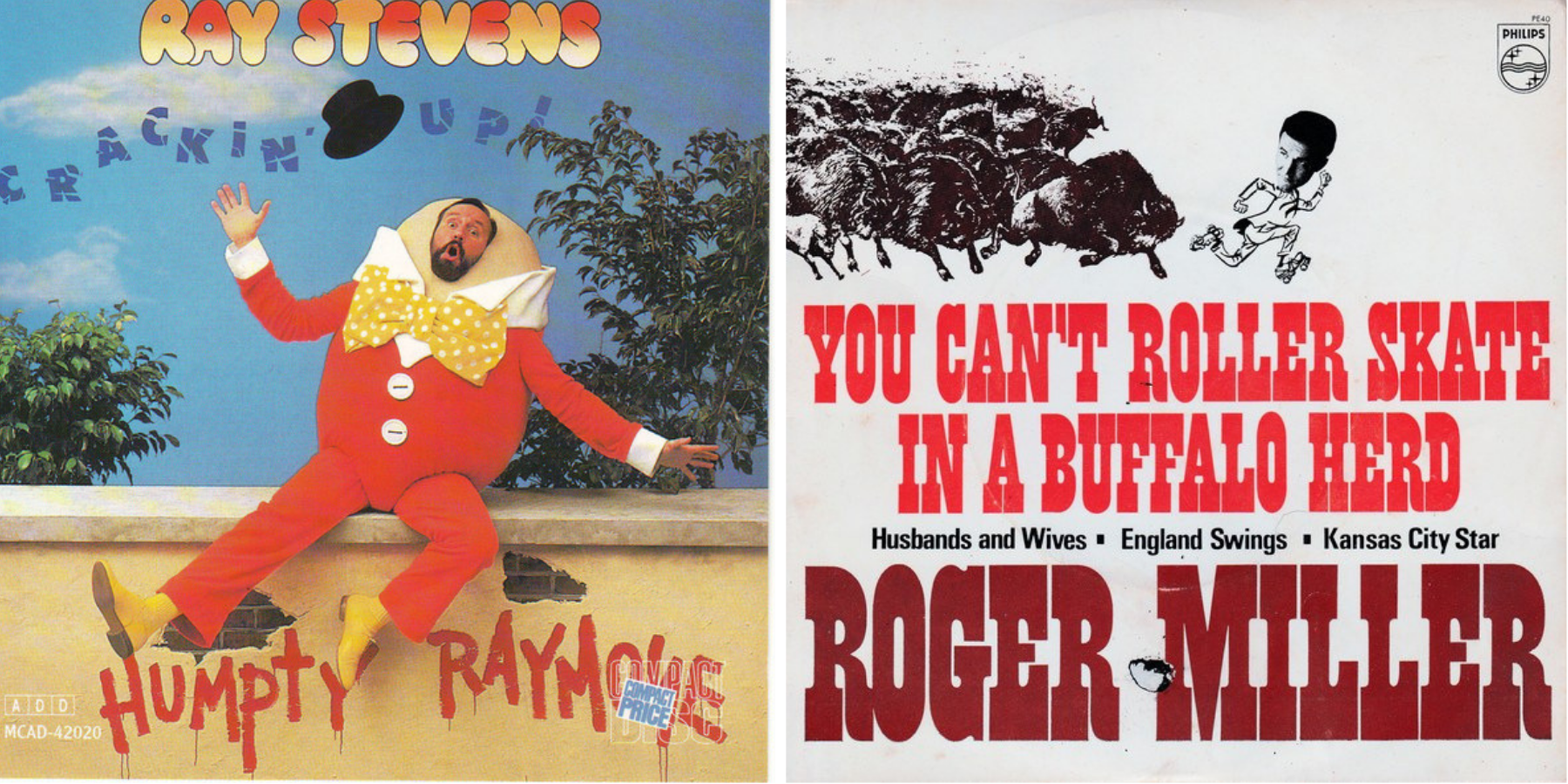 No matter where you may stand on the Lil Nas X viral sensation “Old Town Road” and the associated media firestorm, Twitter debates, and raging country-purity authenticity signalling, we should all be able to agree on one thing: country music has always been a welcoming home to musical memes. Sure, that term may be more recent, a product of the internet age, but ever since the dawn of country as a format silly, tongue-in-cheek, self-deprecating, hilarious, and downright foolish songs have been just as integral a part of the genre as heartbreak, cheatin’, booze, and trucks.

We thought it’s high time we celebrate the knee-slappin’, gut-bustin’ history of country music’s meme-ready songs from across the decades. Here are fourteen of our favorites — yes, just fourteen. We can assure you there are dozens and dozens more where these came from.

The man in black, one of the most iconic personas in the history of country music, famous for his grit, his stoicism, and his rough-hewn voice wasn’t even “above” recording a song steeped in satire. Hopefully in 2019 life is getting easier for boys named Sue.

Originally recorded by Country Music Hall of Fame and Bluegrass Hall of Fame member Mac Wiseman, this disconcertingly happy-sounding song tells a story with a moral: moonshine will melt you. Don’t spoil the moonshine.

A song about Elvis, Fred Flintstone, drinking, and heartbreak. This one ticks all of the boxes. Even the “use yabadabadoo in a song” box.

“Did I Shave My Legs For This?” – Deana Carter

Country, after all, is all about the relatability of the human condition. Jilted would-be lovers everywhere have felt your pain, Deana. We truly have.

“Don’t Let The Stars Get In Your Eyeballs” – Homer & Jethro

No, Whitney Houston did not cover this one. But that would have been magnificent.

“You Can’t Roller Skate In A Buffalo Herd” – Roger Miller

One of country’s humorous kings, Roger Miller recorded a host of silly songs over the course of his career. We chose this particular number because of its evergreen wisdom. Of course.

“I’m My Own Grandpa” – Willie Nelson

Get out a piece of scratch paper and sketch this family tree as you go. Does it seem a little… circular? Yeah… that’s the problem.

A modern country parable. Again, an artist with plenty of silly and sarcastic songs to choose from — and Ray Stevens is being inducted into the Country Music Hall of Fame this year. Sounds pretty country to us…

Yes. More country songs with outright puns as their hooks, please. And of course, we’ve all been there, Pam. Denial is a popular destination.

On the opening track of his debut album Prine immediately set the tone for his entire career with some of the most nonsensical and witty lyrics ever set to song. “Well done, hot dog bun, my sister’s a nun.”

If you’ve never driven down the road shouting along with this one, we highly recommend that you do — as soon as possible. The song’s main character has a remarkable sense of self-awareness for being so viscerally incensed. If you really hate someone — who may or may not have ended up with your former significant other — it may be your family’s redneck nature.

“My Give A Damn’s Busted” – Jo Dee Messina

Look, if you’ve gotten to the end of this list and you haven’t enjoyed yourself, or maybe you don’t get the point, or maybe you think this is just useless clickbait… whatever the case may be, this song counts as our response. “Nah, man. Sorry.” (Isn’t country the best?)