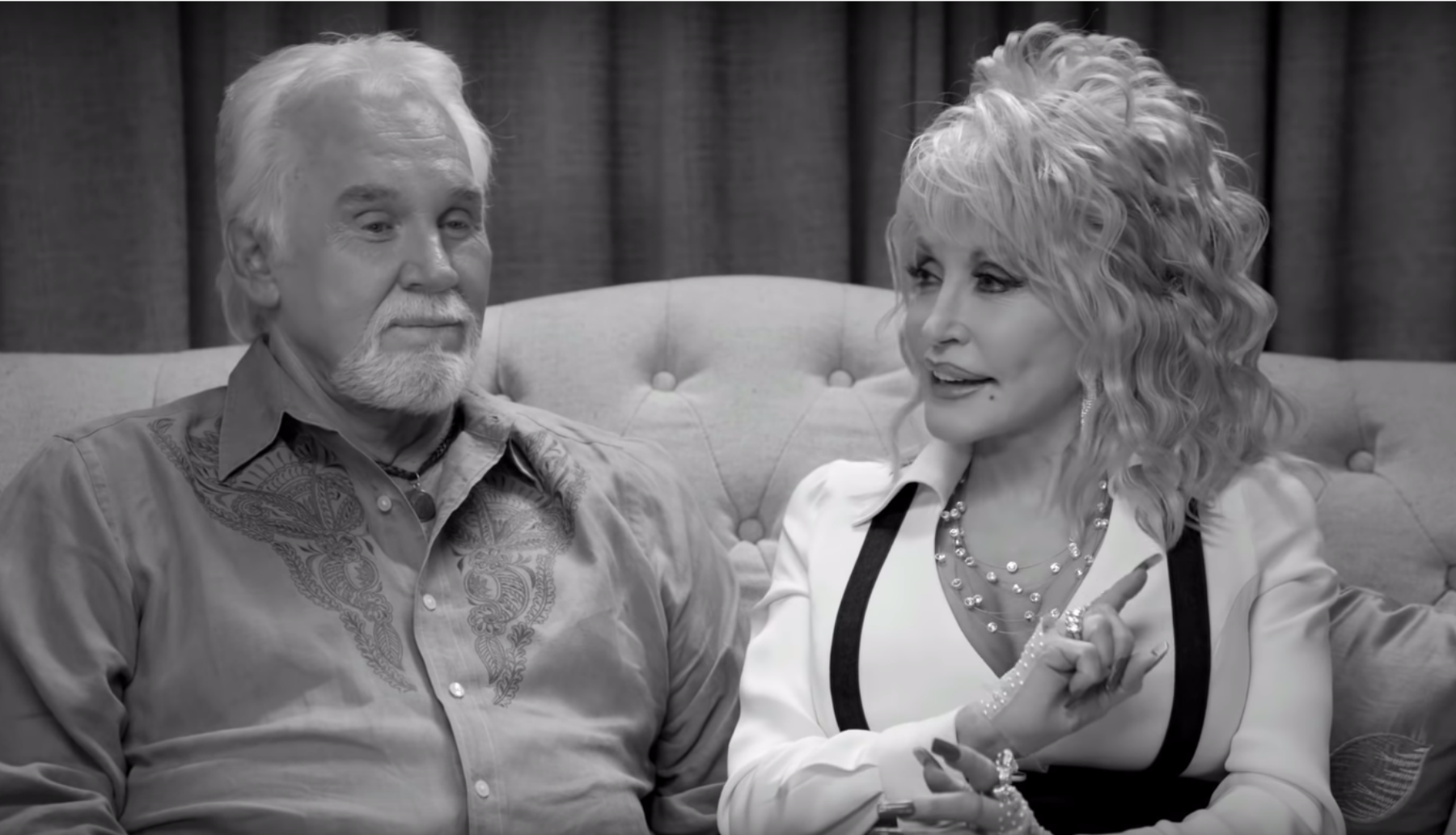 Country music was made for duets. Not only because those tight, tasty harmonies are a foundational aspect of the music, but also because country accomplishes heartbreak — and every other make and model of love song — better than almost any other genre. (Thought quite possibly better than all other genres.) It just makes sense to have two singers, one to play each role in a lost, soon-to-be-lost, or (rarely) divine, never-perishing romance. But the format isn’t restricted to lovers or their placeholders, it can just as seamlessly fit heroes and acolytes, parents and children, siblings, peers, fellow pot smokers, and on and on.

Take a scroll through these twenty-two country twosomes:

We couldn’t have this list without these two. They should be the start, middle, and end of any definitive list of country duos. So we’ll just make the easy choice and kick it all off with Kenny and Dolly — that extra intro about their friendship and the years they’ve known each other? Swoon.

After saying what we did about Kenny & Dolly we knew this pair needed to come next — so as to not rile anyone. Out of countless duets we could have chosen, how could any top “You’re The Reason Our Kids Are Ugly?”

For inexplicable reasons people tend to forget Ray Charles’ incredible forays into country. His collaborations with Willie are stunning for the extreme juxtaposition of their voices and styles — they feel and swing so distinctly and differently, but all while perfectly complementary. “Seven Spanish Angels” ranked a very close second to this number in our selection process.

The most-recorded song in the history of recording? It’s said “Gentle On My Mind” holds that honor. And goodness gracious of course it does. Here’s its writer and its popularizer and hitmaker together.

Together, Lee Ann and George were beacons of the trad country duet form, especially in the ’90s and early 2000s. This one from the jewel in the crown of Lee Ann’s discography, Call Me Crazy, is crisply modern, but with decidedly timeless vocals.

A broken, country fairy tale of a love story, George and Tammy’s relationship was infamously fraught, but damn if that didn’t just make their duets ever more… ethereal. Which doesn’t justify that Tammy Wynette kinda pain, to be sure, but it does remind us that if country can do anything better than all other genres, it can be sad.

One of the best country songs, duets, and music videos EVER MADE. Theatrical and epic and a little silly and downright catchy and Rob Reiner and… we could go on forever.

Tanya is back with a brand new album and its well-deserved level of attention has been helping to re-shine the spotlight on her expansive career. Forty top ten hits across three decades. Who does that? Here she duets with Delbert McClinton on their 1993 hit, “Tell Me About It.”

Hey, if this has to be stuck in our heads for the rest of the month, it should be stuck in yours, too. Fair’s fair. It’s only half past [whatever time it is], but we don’t care.

One of the most recognizable duos in the history of the genre, immortalized not only in their discography but in a film adaptation of their love as well, Walk the Line. We all know “Jackson” as familiarly as the ABC’s, so here’s a slightly lesser-known beaut. (Keep watching til the last verse for an adorable bit from June.)

Country is at its best when it surprises us. This collaboration is certainly, on the surface, unexpected, but the message of the song isn’t the only way these two artists can relate to each other. Over the course of their careers they’ve both fought their way from the fringes to the centers of their respective scenes. More of this, please.

Dolly got her start with Porter Wagoner on his television show in the 1960s. They can certainly be credited with pioneering, popularizing, and epitomizing the country duet format. One of her most famous hits, “I Will Always Love You,” was written for Porter as she lamented leaving their act to go totally solo. (We’re a little glad she did.) You can tell they sang this song just a few gajillion times together, give or take.

Father/daughter duos in country aren’t as common, but they certainly aren’t unheard of. Pam and Mel are a perfect example. (The Kendalls are another.)

Patty Loveless received the first ever Ralph Stanley Mountain Music Memorial Legacy Award in 2017 at Ralph’s home festival, Hills of Home, in Wise County, Virginia. Patty and Ralph were longtime friends and collaborators during his lifetime and even through her mainstream country success she referenced bluegrass and Ralph as influences — and she cut a few bluegrass records as well.

These two were made to sing Latin-inflected harmonies together, weren’t they? Charley Pride gets overlooked by these sorts of lists all too often. But dang if he didn’t crank out some stellar collaborations, too!

“Love Hurts” and boy, if Gram and Emmylou don’t make you believe it heart and soul and body and being. The definitive version of this Boudleaux Bryant song? Perhaps.

Icons being icons. And friends. And amazingly talented, ceaselessly musical comrades. You love to see it. (We could’ve/should’ve chosen “Pancho & Lefty.” We did not.)

There are quite a few reasons why the Ryman Auditorium basically hands this husband and wife duo the keys to the place each December. Basically all of those reasons are evident in this one. It’s fitting that this video came from one of those Christmas shows, too.

Dolly literally outdoes herself, re-recording “Here I Am” for the original soundtrack for her Netflix film, Dumplin’, after she first cut the Top 40 country single in 1971. Clearly she and Sia have much more in common than an affinity for wigs; their soaring, acrobatic voices seem so disparate in style and form until you hear them together. Listen on repeat for the best therapeutic results.

[Insert entire Raising Sand album here, because how could we ever choose?] Lol jk, here’s “Killing the Blues.”

Cross-generational, meet-your-hero magic right here. Little did we know what was in store for Carrie Underwood then. But the way Randy looks at her up there, you can tell he knows she’s goin’ places.