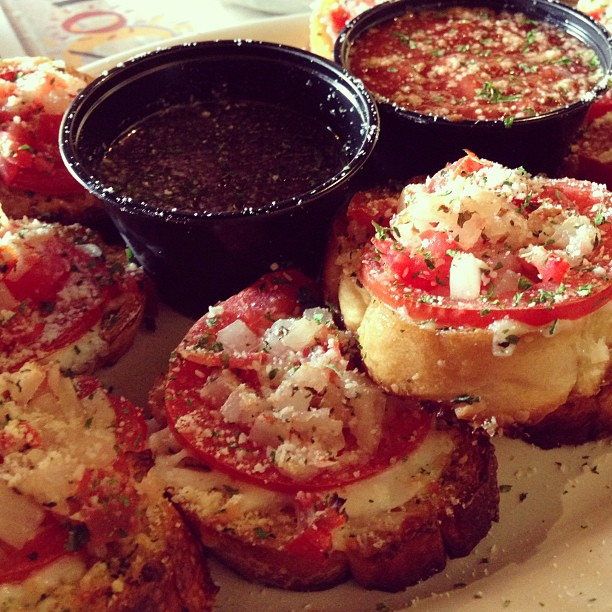 CHICAGO, IL — Stopping quickly at the uptown Fazoli’s drive-thru between out-of-town meetings at lunchtime, Big Machine Records president and CEO Scott Borchetta had a hankering for a specific item.

“I’ll have a Diet Coke and an order of those … what do you call them … those little toast things with the tomatoes on top?”

Fazoli’s assistant manager Rhonda Freeman was multi-tasking during the rush by filling drinks, refilling cups and lids from the stock room, and taking drive-thru orders over her headset. “What’s that, sir? I have a Diet Coke and what else?”

Borchetta grew increasingly agitated and sputtered in short sentences, “C’mon. The little toasted breads. With chopped-up tomatoes. Basil on top. Onions and garlic. Drizzled with olive oil. You know what I mean? I just can’t think of the name, but I’ll have an order of those.”

Seeing the line of cars behind Borchetta at the drive-thru, Freeman was polite but firm in her response. “Sir, you have the menu items listed in front of you on the screen and I’m happy to serve you anything you see there.”

Borchetta mumbled to himself, “What are those things called? Ugh, it’s on the tip of my tongue.”

Freeman paused a generous 10 additional seconds before asking Borchetta to complete his order. “Sir, did you want anything besides the Diet Coke?”

“Fuck it,” said the label head and former racecar driver, screeching out of the driveway and almost hitting a minivan on his way to Olive Garden a few stoplights up the street.