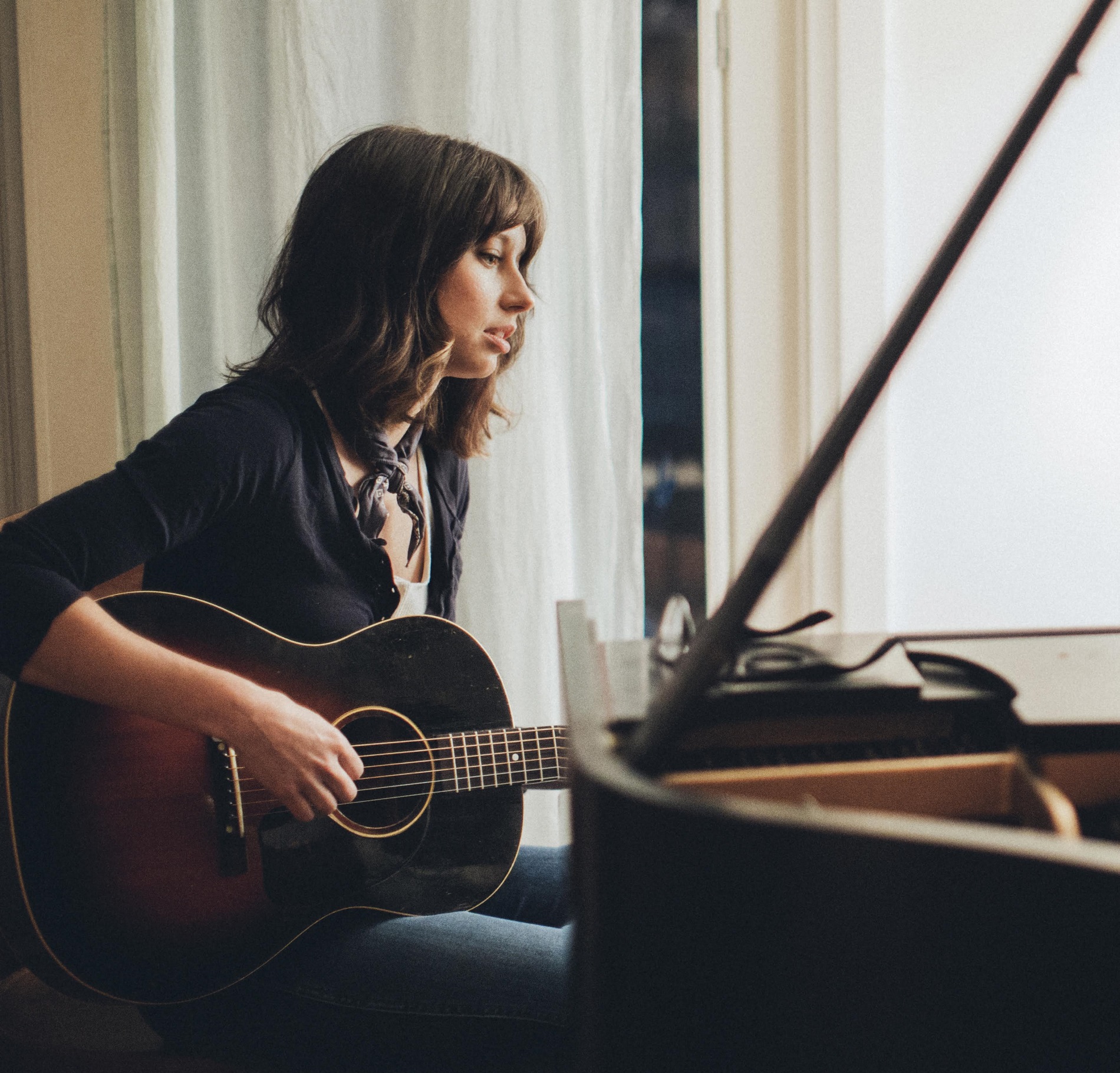 I’ve actually been using music a lot lately to inspire visual art. When I discovered the work of Basquiat, I was so relieved by his use of words in his paintings. Somehow it had never occurred to me to mix the two. I started using my own lyrics as a gateway to visual works. It really opened the door for me. Now, I am painting more than ever and always use music to guide my hand and ideas… It’s difficult for me to answer the question the other way around. I think everything inspires my music in some way. We are all bombarded with so many images, films, songs, words… The latest challenge for me has been in turning the noise off and focusing on the stuff that’s real.

I will never forget performing Neutral Milk Hotel’s “In The Aeroplane Over The Sea” on stage outside during Athfest in Athens, Georgia. Being from Athens, NMH was sacred music and I knew it was risky to cover one of their songs. At the end of the song, on the downbeat of the very last chord, lightning struck a building 20 feet from the stage. We’re all lucky to be alive! Several people were struck by bricks falling from the building–luckily no one was badly injured. There’s a video of the whole incident floating around on the net somewhere. I swore after that to never play that song again! Whether or not the gods were for or against our cover, we’ll never top that!

I had planned on being an astronaut up until I found out that my vision is far too poor for such risky endeavors. Music had always been a regular part of my life as a child. So, I remember sitting in front of the TV, bummed out by the fact that I’d likely never make it to space, when Star Search came on. And the thought I had was, “Well, OK, I guess I’ll just do that instead.” If only it were that easy!

I struggle regularly to write. I kinda hate the process of writing, but love having written. Sometimes they come easy and all is right with the world. But usually, I have to squirm my way through it. One song in particular that I remember fighting with was “Fade Into the Black.” I knew I had a great verse, melody, and lyric and just couldn’t find the right chorus. I must have written 3 or 4 choruses that I trashed before settling on the one that made the record… And over the course of months! I’d have to take breaks from it, lest risk losing my mind.

I’m sure my band is tired of hearing it by now, but I always sing the jazz standard “Lover Man” backstage about 30 mins before going on. I love that song because it’s beautiful and particularly well-suited for a vocal warm-up song since it covers so much ground range-wise. I also always have Throat Coat Tea with a splash of whiskey. On the last tour, I found it really helpful for my spirit to hoot and holler at the top of my lungs just before going on stage. Wow. That looks nutty in text.