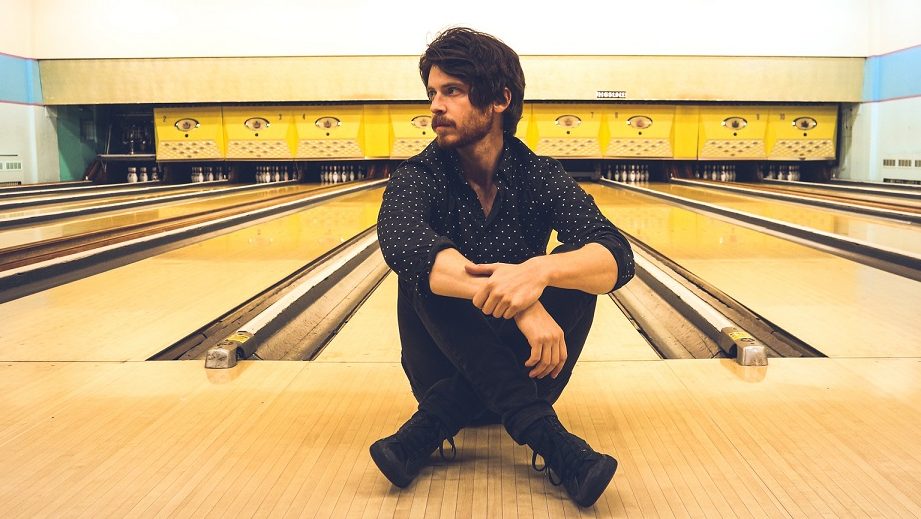 I’d say Tom Waits. A friend of mine first introduced me to his music when I was 16, and having been a big Springsteen fan, I found a similarity between his and Waits’ music. I came to find a lot of influence from Tom Waits, particularly by how he lets his songs speak for themselves. He’s not afraid to change sounds and consequently allows his voice to present itself bare-naked to listeners. There’s such an intense degree of depth and emotion in his music that always draws me in.

What’s your favorite memory on stage?

Back in February 2016 I was on tour in the UK and Europe with Joseph. For the London date I had the privilege of opening up their sold-out show at Union Chapel. The venue is an old church that has such deep history as well as amazing acoustics. The date was particularly significant because exactly a year before I was traveling around the Midwest playing to basically no one. One night I had slept in my van and woke up thinking I was going to freeze to death in a Walmart parking lot. Going from that to playing a sold out London show in front of 900 people, exactly one year later, was definitely a memorable moment I’ll never forget.

What other art forms inform your music?

I think in a lot of ways, dance has greatly informed my music. With that said, I’m a horrible dancer, but my mom was a professional ballet dancer so I spent a lot of my youth hanging out in dance studios. I’ve always been drawn to the connections between dance and music, especially for ballet. I love the unity between free flowing motions and musical rhythms, and how they seamlessly morph together to form an even greater artistic expression.

How often do you hide behind a character in a song?

I’d say I generally try and avoid writing completely fictitious songs. If it’s a character-based song, I still draw on personal experiences. Sometimes it’s easier for me to come up with one central character that embodies multiple people in real scenarios.

What’s the toughest time you’ve had writing a song?

“Love Brought Weight” was a tough one to finish. I wrote the main chorus hook years before I wrote the verses. When I initially wrote it I wasn’t releasing or performing my own music and couldn’t seem to figure out where the chorus should go. It was probably three years later that I wrote the verse to the song. I initially intended for the verses and chorus to be totally different songs until I couldn’t finish either. One afternoon I realized they were in the same key and they seemed to fit perfectly together. It was one of those moments where I realized, in just five minutes, I had solved a three-year puzzle.