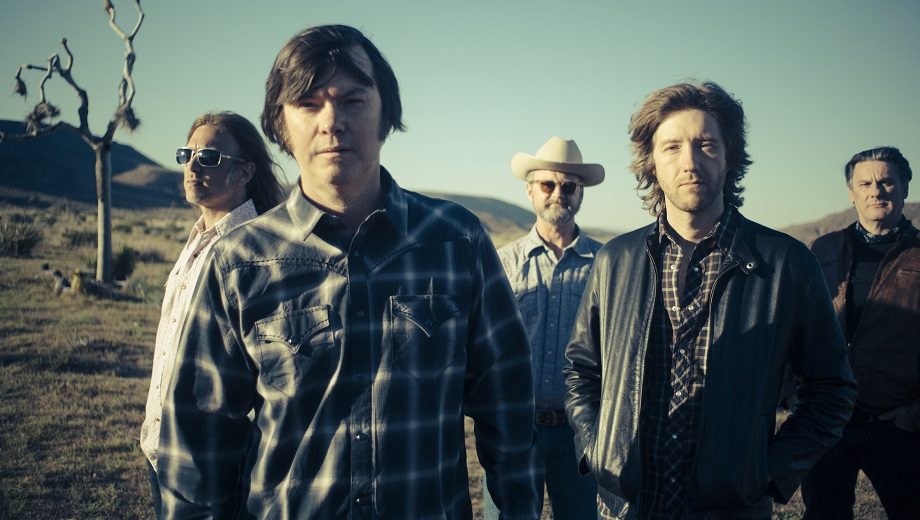 Jay Farrar took a field trip to make Union, Son Volt’s ninth studio album. Rather than book more sessions at Red Pill Recording Studio in St. Louis — where the long-running alt-country band recorded 2017’s Notes of Blue — he wanted to take his songs out into America and find fresh inspiration. So the band trekked west to Tulsa, where they cut tracks at the Woody Guthrie Center, then road-tripped north to Mt. Olive, Illinois, to record at the Mother Jones Museum.

The spirit of activism embodied by those two figures informs the thirteen songs on Union, an urgent and at times angry account of American life at the close of the 2010s. More naturally than on any other album, Farrar balances the political and the personal, penning songs about how the media-industrial complex profits by dividing the country alongside songs about how his children are growing into adults.

BGS: Why did you want to record at the Woody Guthrie Center and the Mother Jones Museum?

Farrar: I felt like it was a little too comfortable in the studio where I had recorded before. I was writing about topical issues, so I felt like some of the songs needed to be taken out of the studio. I wanted to take them out into the world. I wanted to record them in a more challenging environment, so we went to Tulsa and Mount Olive to remind ourselves of the contributions Mother Jones and Woody Guthrie made, how each in their own way helped get us where we are today. We just felt like we needed to be inspired.

Those are two very different places. How were those experiences different?

The Mother Jones Museum is pretty small. It’s connected to the City Hall, I think. It’s evolved a lot since I was younger. I remember seeing hand-painted signs on the side of Interstate 55 going north. It was like folk art. Over the years it’s evolved, and I guess they got some funding from the city. They’re continuing to grow and build on it. I think she’s buried in the cemetery there as well.

At the Woody Guthrie Center, they have the new Bob Dylan archives, and we were able go by there after the recording. Amazing stuff there — the tambourine that inspired “Mr. Tambourine Man,” Dylan’s address book from ’63 or ’64. He’s got Lenny Bruce in there. Stuff like that. We geeked out for sure. It’s pretty comprehensive, too, because they have everything archived digitally as well as the physical objects. They wouldn’t actually let us touch anything, of course.

That sounds amazing. And, as you said, inspiring.

It was. And we were looking through some of the materials and had a question about one of the videos we were watching. So the curator said, “Wait one minute and I’ll get an answer for you.” He called Bob Dylan’s business office and talked with someone there. He got an answer straight from the source.

How did those places inform the songs on Union?

The songs were ready to go prior to going in. I didn’t write anything there, but with some of the heavy topical subject matter, this batch of songs needed to be taken out of the studio where I recorded Notes of Blue. We needed to be challenged in every way, but maybe I was just looking for a field trip. But I think those two people really did inspire some of the writing, in a roundabout way. Mother Jones and Woody Guthrie really helped shape our society and really stressed the importance of pushing society forward and not backwards.

How much of a conscious decision is it to write topical songs? Do you sit down and think, “I’m going to write a song about the media”?

It goes in cycles for me. I’ve done some topical writing in the past, but this time around it felt like it was my job to take it on. There’s a lot of turmoil in our society right now. I did a lot of the writing in November 2016, right before Notes of Blue was released in the spring of 2017. So I had a few months to put pen to paper and woodshed, and that’s when a lot of these songs came out.

Probably midway through the writing process, I decided I needed some songs that represented a regular rock ethos — essentially, non-topical songs. There needed to be a balance between topical and non-topical songs. I was thinking about the Replacements, who would fall off the stage on the first note of a song. Or The Who. I was thinking about the essence of what a rock band is. “Devil May Care” came from that approach.

These new songs will probably evolve a bit from rehearsals to when we start the tour. That’s always one aspect of being on the road that I enjoy: reinventing older songs and playing them in new ways, just to keep things interesting. Certain songs just want to evolve, especially if you’re playing them every day in rehearsals and soundchecks. “Windfall” is one that has changed a lot. There’s a CD out there called Artifacts that has a reggae version. We change that one up pretty regularly, and we changed it up again over the holidays. Actually I think we’ve got reggae versions of almost every Son Volt song. But that one in particular is so well-suited to that style that we put it out on a live CD.

“Windfall” is conducive to reggae. It’s just a couple of chords. But I think from one day to the next you like to stretch out and just try out different kinds of music that you’re not necessarily playing every night. I think some of the guys in the band would probably like to try some experimental jazz-fusion versions of some songs.

Can we expect to hear “Caryatid Easy” done in the style of Bitches Brew?

That’s one song we plan on resurrecting for the tour, so who knows?

Can you talk about “The Reason”? That song seems to suggest that travel and music can be salves in hard times, which makes me think it’s somewhere between topical and non-topical.

That song reminds me of Dylan’s “Forever Young” or Tom Petty’s “Free Fallin’.” I think it relates to watching your kids become adults, that sort of sentiment. It’s certainly informed by them, to the same degree that those Dylan and Petty songs were informed by their kids. But yeah, in troubled times getting out and traveling is good. You have to find hope wherever you can.

On the other hand, “Union” was inspired by my dad. The chorus goes, “He said national service will keep the union together.” National service is something my dad used to advocate for. Maybe he’s right, I don’t know. There’s a lot of money being made today by media conglomerates hawking divisiveness. It seems like there needs to be a counterbalance somewhere.

You’ve written topical songs in the past, with Uncle Tupelo and on 2005’s Okemah and the Melody of Riot. How different is it to write this kind of song in 2019 than when either of the Bushes were in office?

It’s not the process itself that was different, although I will say I was more focused this time. I had a block of time and was thinking about these issues, so I could be more focused on getting these songs written, maybe more so than I had been in the past. A few topical songs wound up on records in the past, maybe one or two. Okemah had a good amount of them. I guess I’ll keep cranking them out.