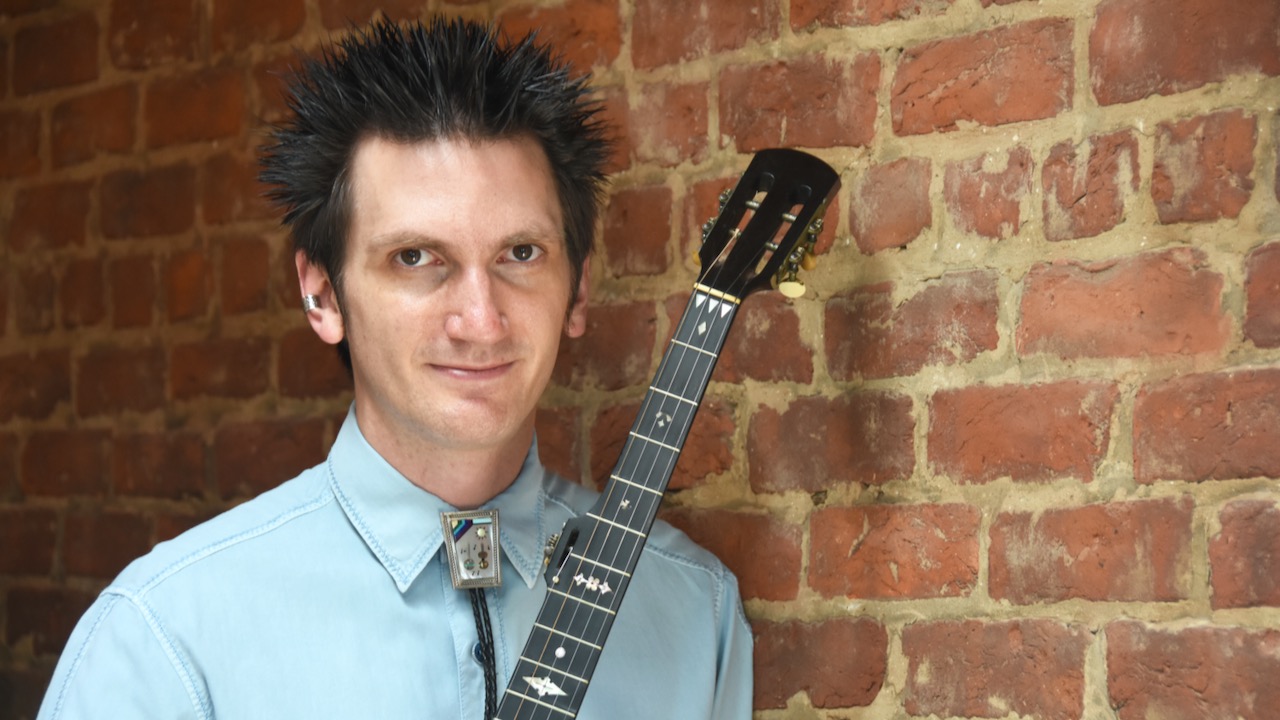 Adam Hurt is a banjo player’s banjo player. This role is well known in bluegrass, where almost an entire generation of banjo players, who came up almost immediately during and after Earl Scruggs’ popularization of a three-finger approach to the banjo, continue to go largely unsung outside of five-string niches and circles of Scruggs-style acolytes. Hurt is remarkable, though, because he’s not an acrobatic, up-and-down-the-neck, barn-burning bluegrass picker on the margins of the scene. Instead he’s a clawhammerist — but the musicians and instrumentalists who count themselves followers and fans of Hurt’s pickin’ aren’t just old-time players; they’re everyone.

On his new album, Back to the Earth, Hurt strays still further from “mainstream” banjo playing by returning to its roots: the gourd banjo. Back to the Earth is a follow up to Hurt’s 2010 project, Earth Tones, an album often regarded as a seminal work on the gourd banjo. Despite largely being anchored by solo tunes played on the modern five-string’s precursor (which was brought to this continent by enslaved peoples kidnapped from West Africa), the entire new collection feels firmly rooted in the present. Raw, rustic affectations often found on old-time recordings are missing here, but not to the detriment of the final product or its “authenticity.” These twelve tunes feel simultaneously immaculate and primordial. Hurt deftly follows the gourd banjo’s microtones, warbles, wobbles, and slides as they lead him, rather than the opposite — which might be the most distinctive aspect of his playing, compared to other clawhammer players, other gourd banjo players, and five-string or four-string players alike.

Ricky Skaggs, Brittany Haas, Paul Kowert, Jordan Tice, Marshall Wilborn, and others guest on Back to the Earth in different groupings, depending on the tune, but on “The Scolding Wife,” Hurt performs solo, a man in dialogue with his ancient instrument, ringing through the millennia to land in 2020. If you aren’t already a fan of Adam Hurt and his playing, Back to the Earth is the perfect, charming, listenable introduction — and you’ll find yourself among the likes of fans including Skaggs, Haas, Kowert, Tice, Jerry Douglas, Cathy Fink & Marcy Marxer, Molly Tuttle, Sarah Jarosz, and just about any other instrumentalist who’s ever had more than a passing interest in the banjo and her cousins on the instrument family tree.