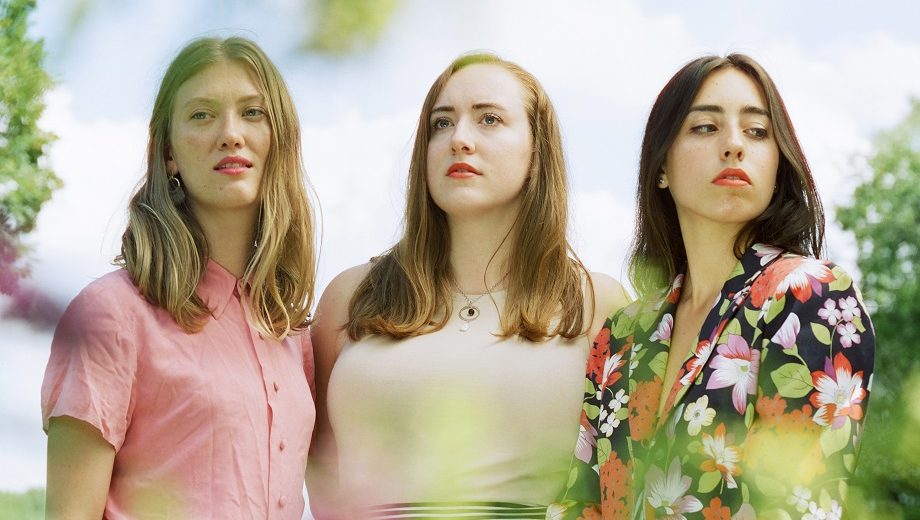 Folky string band Lula Wiles’ brand new album immediately asks What Will We Do? The project’s title is the first of many thought-provoking questions and prompts sprinkled throughout the album, like tasty musical morsels that lead listeners to explore our culture’s social norms, power structures, and political realities.

But the three women — Isa Burke, Ellie Buckland, and Mali Obomsawin — aren’t being needlessly combative, pushing buttons or grinding gears to elicit equally combative and grinding responses. The goal, evident throughout the album, isn’t protest. It’s empathy. These conversations tease out the slight nuances that define each of us, rather than hiding them away for the sake of convenience and tidy generalisms.

What Will We Do has a quiet, introspective, power to provoke — or perhaps more accurately, evoke — a reality that is stripped of its normative, predictable infrastructures and replaced with person-to-person, human-to-human connection as its keystone. And without condescending even the least to offer a paramount answer to the album’s titular question, the music — and the nuances within — will guide open-minded and open-eared listeners to the answers.

BGS: In the press materials for the album, it’s described as “provocative,” but when I listen to it I don’t find it… incendiary. You aren’t necessarily just sticking a poker into the fire or fanning the flames; you’re trying to accomplish something more productive than that. In the writing process and the creative process what went into striking that balance? Was it conscious or subconscious? Was it overt or covert?

Mali Obomsawin: We had a lot of conversations about how to write political songs, or songs that capture certain elements of the political climate right now and the cultural climate in general. It is a really delicate thing to confront current issues that people aren’t agreeing on. It’s not like we’re talking about World War II. Yes, Germany was in the wrong, everybody knows that. I think we have a lot of listeners that agree with us politically, so to speak, but we still wanted to write about topics that have nuance. We didn’t want to be reductive. The most incendiary approach to talking about current issues is being reductive, deleting and erasing that nuance. We aren’t interested in doing that because that doesn’t get anything done.

“Hometown” feels like it’s painting a picture of a pretty normative, small-town America, but then you have lines like “Flip a coin and choose pride or shame” that really stick out to me. That’s the difference between a marginalized person and a privileged person growing up in the same place — it’s a coin toss whether they’ll feel that hometown pride or shame. How does that song relate to each of you? Where did that idea come from? What’s the connection or nuance in that line?

EB: First of all, “Hometown,” the whole song, is deeply personal to me. I think it was originally inspired by specific people in my family and the fact that I vote differently than a lot of people in my family, that I love. Then, as a lot of writers do, there are a lot of characters in the song that are not coming from my exact life, but come from my experience growing up in this place, going to high school with people who were using drugs and becoming addicted to drugs, girls who were having kids when they were fifteen or sixteen, and just a lot of working class people as well.

I remember thinking about the divide that people feel about being on welfare. Specifically, this idea that of the people who are so critical of welfare and feel that it is just people mooching off the government, in fact, a lot of those people would greatly benefit from welfare because they are struggling financially. But they feel a sense of pride on their own. Like, “I will pull myself up by the bootstraps. I will follow all of these sort of rules that will create. I am the American dream, I am the future millionaire.” They’re critical, they think it’s shameful to accept these benefits.

IB: Also, I think a lot of the time pride is like armor against shame. The force of pride can be, “I’m choosing to be proud of this thing, because I’ve been made to feel ashamed of it.”

MO: Right now, for instance, there’s a lot of Indian mascot drama going on in Maine. We Natives almost have a superiority complex in that we’re so proud of who we are and where we come from. We have to be, because we’re so shamed by things like mascots. I think a lot of marginalized people feel this way. It’s a form of self-protection.

I do want to spend a little time talking about Indigenous rights and issues, because it’s been a topic that through the lifespan of this column we haven’t been able to cover yet. I think that in itself is indicative of what I want to talk about, which is — and I wanted to say Indigenous rights are the “final frontier” of intersectionality, but even that is colonialism! This is how deeply entrenched colonialism is. How would you like to see the music community respond to these issues that you’ve brought up in the music and on the album?

MO: It is so entrenched in American society to be anti-Indigenous. It’s in so many of our colloquial, everyday phrases even. Like, “the final frontier” or “have a pow-wow.” Even smaller things like, “lower on the totem pole.” Natives are used as tropes… which just adds to the erasure. This is all a product of the erasure we’re taught by textbooks: “Indians are history, Indigenous people don’t exist anymore, it’s not even something you need to think about anymore.” It’s to a point that if you bring up any Indigenous rights topic, or address any issue, you instantly become the most radical person in the room. You end up disassembling the whole house of cards of social norms in which we exist.

[In] the folk scene, the songwriter scene, there are things to be done. Maybe someone wants to do a land acknowledgement in a new town. That’s fine, that’s good, I encourage it, but also just look at your colloquialisms and the tropes you use in your lyrics. There are so many! Natives are used for imagery and turns of phrase to give your lyrics a little hip touch.

MO: Yeah. People use it so much! And all of my favorite artists do it! Every time it happens I’m just like, it’s Tom Petty with, “Til an Indian shot out the lights” and Joni Mitchell with “Little Indian kids on a bridge.” It happens all the time, when we’re just driving in the car, like, “Oh shit, damnit. Paul Simon’s out, too?”

I want to end with “Shaking As It Turns” and make it our call to action for this column. How do we take an album like this, and a song like “Shaking As It Turns,” and help people understand that this poor fucking world has been shaking all along? We’re just at the point where we’re feeling it shake more and more and so intensely. What do we do now that we have this awareness? What do we do now that our thoughts have been provoked?

EB: What will we do? It’s almost like this is what the record is about!

IB: I feel like the last verse is the closest we get to protest music, to that galvanizing call to action type of thing. That’s the “Don’t talk about love if your love won’t burn” verse. I wrote the song in July of 2017, right after the neo-Nazi rally in Charlottesville, Virginia, where [Heather Heyer] was murdered. That verse was kind of a response to all of the “love trumps hate” rhetoric that was going around at the time. That phrase always rang hollow to me, especially when it was in response to something like murderous neo-Nazis. I think sometimes you can’t just respond by saying, “Well, just be loving to them and that will fix it.” Because it won’t fix it!

That verse is trying to say that love is a good response to hate, but it has to be the kind of love that calls you to do something. The “love trumps hate” thing always felt like a cop out. [We’re] trying to get people to not disengage, but to go deeper into these issues, get down to the very foundation of why things are the way they are. If confronting Indigenous rights means questioning the very nature of reality, then do that. Ask those tough questions. Ask them of the people that you love, ask them of people you disagree with, and do it in a way that’s honest and isn’t disingenuous.