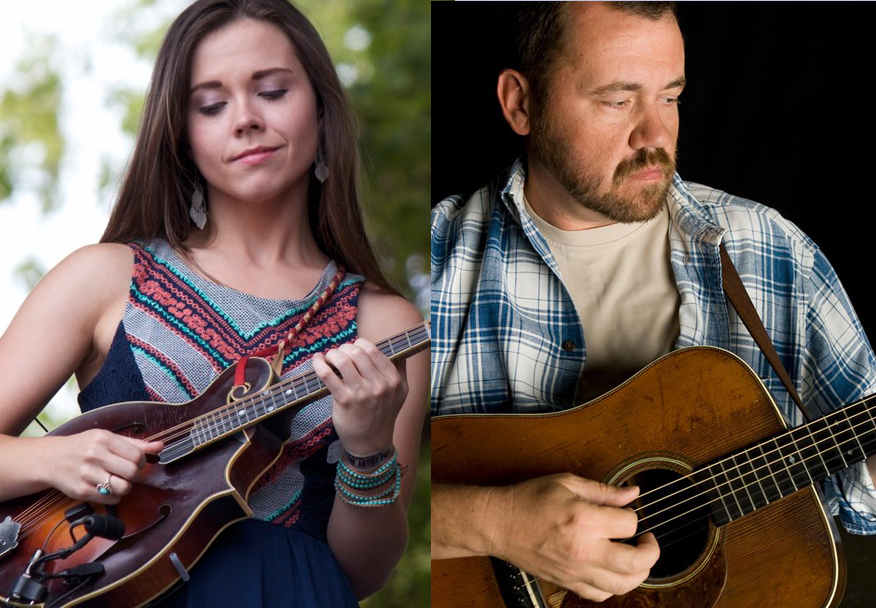 Each year, the International Bluegrass Music Awards honor major talent in bluegrass music. Between recognizing major accomplishments — like albums and songs — the ceremony also inducts new members into the Hall of Fame. It is, quite simply, bluegrass music’s biggest night. And for good reason.

For its 2016 ceremony, the IMBAs invited singer/songwriter and mandolin virtuoso Sierra Hull and four-time male vocalist winner Dan Tyminski to co-host the event. In pairing the musicians, it seems as though the IBMAs have taken a page out of the Country Music Awards’ book. Mainstream country artists Brad Paisley and Carrie Underwood made such fun co-hosts nine years ago that the CMAs have continued to tap their undeniable chemistry ever since. That’s not to say this marks the beginning of a long stretch wherein Hull and Tyminski return to lead the ceremony for years to come, but having them host together presents viewers with (like Paisley and Underwood in country) two different colors from the bluegrass music spectrum. As such, the night promises an added charm to an already special evening.

Hull and Tyminski — at 24 and 49 years old, respectively — might seem like they come from different places, in terms of their lives and their careers, because they do. Each represents a distinct approach to bluegrass, which is what makes their participation as co-hosts so compelling. Where Hull adds a fresh, youthful style to the genre, Tyminski represents a more traditional and regional take.

They are two sides of a coin — a lucky penny for the IBMAs.

Though Hull may be younger, that doesn’t mean she’s any less accomplished, having picked up the mandolin at 11 and, at the ripe old age of 13, landing a recording contract. Her newest album, Weighted Mind, finds her at a crossroads between the girl she’s long been and the woman she’s becoming. The album’s opening song, “Stranded,” exudes a melodically meditative quality, as Hull’s mandolin does much of the ruminating she can’t quite put into words. When her voice does break in, repeating the phrase “Dear 22” here and there, an ellipsis interrupts before she can finalize her thought. Hull fails to find what she wants to say because she is, as the song title suggests, “stranded.” Perhaps it’s reductive to describe her as the Taylor Swift of bluegrass, because her songwriting far exceeds the light pop fare Swift pens, but she feels like a necessary perspective for young girls and young women who don’t find themselves reflected in mainstream music.

Besides co-hosting the IBMAs, Hull will also be competing in three of its categories. Weighted Mind earned her nominations for Album of the Year and Song of the Year (for “Black River”), as well as Mandolin Player of the Year. "I have been to the IBMA convention since I was nine years old, so it's a very special event to me for many reasons," Hull notes. "To be asked to host the Awards show this year is quite an honor. Dan and I are going to have a blast."

Partner Hull with Tyminski, who offers a more established name and repertoire, and it feels as though the IBMAs have struck upon a combination sure to delight not only audiences, but those attending the ceremony, as well. Tyminski, especially, is an apt addition considering the theme, "Bluegrass on Screen." He lent his voice to the 2000 film O Brother, Where Art Thou by being George Clooney’s singing double. The film's hit single, “I Am a Man of Constant Sorrow,” would go on to reinvigorate people’s love and appreciation for bluegrass music across the country. The soundtrack alone went on to win the IBMA and Grammy Award for Album of the Year, and “Man of Constant Sorrow” took the CMA Award for Best Single. But besides his onscreen work, Tyminski is a formidable presence in bluegrass, finding ways to draw on the genre’s regional connections in his own work. And he’s been well recognized for his efforts. His 2008 album, Wheels, earned IBMA’s Album of the Year and a Grammy nomination. Even while he’s a storied name in bluegrass, listeners might know him best for the 22 years he’s put in as a member of Alison Krauss's Union Station. He said about co-hosting this year, “The IBMA Awards show is a highlight in the year. I look forward to this year's show and feel honored to participate.”

With each exhibiting a sense of good humor, appreciation, and respect for the work they do — plus the added bonus of approaching bluegrass from two different but necessary perspectives — Hull and Tyminski promise an exciting evening that honors everything exceptional about bluegrass.

The IMBAs are part of the International Bluegrass Music Association, and will take place in Raleigh, North Carolina, on September 29. Tickets can be purchased through the IBMA website.

Photos courtesy of the artists