ANNOUNCING: WinterWonderGrass Returns to Colorado, California, and Vermont in 2020 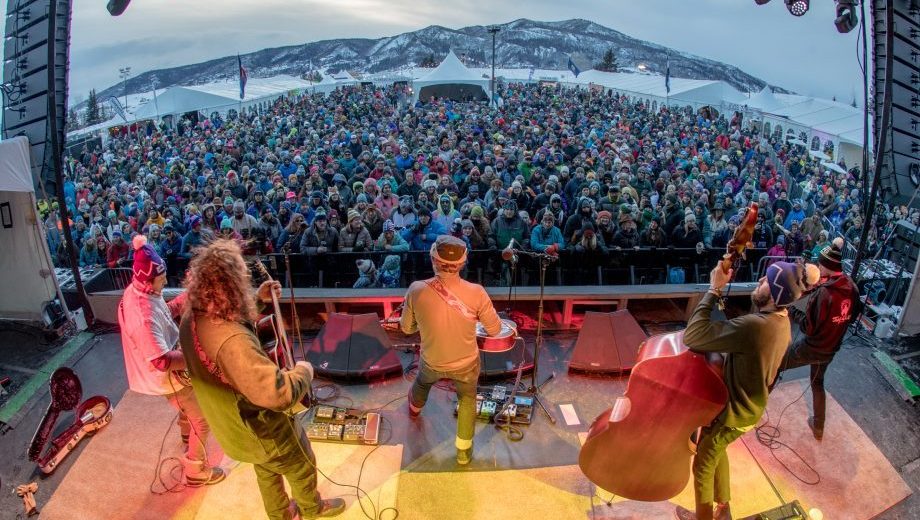 Today, the WinterWonderGrass Music & Brew Festival shares the 2020 lineup across all three of their flagship events. Taking place in Colorado from February 21-23, California from March 27-29, and Vermont from April 10-11, the traveling music festival will welcome performances from some of the hottest names currently thriving in today’s bluegrass and Americana scenes.

“It’s with a mountain of intention, huge hearts, humility, and a commitment to delivering the hottest and sweetest artists that we present to you the 2020 WinterWonderGrass landscape,” says festival founder Scotty Stoughton in a press release. “Each year, the hardest thing to do is not heed our desire to return to each and every band — and by virtue of that, friends to WWG — year in and year out. It is our sincere desire you’ll find new lifetime favorites on this lineup, have the chance to be reunited with old loves and step out of your comfort zone with open arms to new experiences.”

“WinterWonderGrass has become a home for artists, fans, staff, locals, businesses, skiers, riders, their families and all of the like,” adds festival Director of Marketing & Ticketing, Ariel Rosemberg. “We pride ourselves on creating a sustainable, safe and receptive environment, bound by the marriage of the best in bluegrass, folk and Americana, and the undefeated nature of American ski culture.”

BGS has partnered with WWG for the past two years and we are excited to once again join forces with WinterWonderGrass to create and share unforgettable experiences and world-class music across our communities and across the country.

Returning to Colorado for its eighth consecutive year, and its fourth year located in the pristine ski town of Steamboat Springs, Colorado, WinterWonderGrass presents headlining performances from Greensky Bluegrass, Billy Strings, and Margo Price over its three days this coming February.

Over March 27-29, WinterWonderGrass makes its way to the Tahoe region of California for its sixth consecutive year presenting three days of music at the base of Squaw Valley Ski Resort. Headliners for this festival stop include The Devil Makes Three, The Infamous Stringdusters, and two sets by Billy Strings.

A Mountaintop Dinner with Keller Williams, co-presented by BGS, will kick off the festivities in both locations on Thursday, February 20, and Thursday, March 26, respectively. These events will include a ride up the gondola in Steamboat and the Tram at Squaw, a multi-course meal complete with locally-sourced ingredients from each respective region, wine and beer samplings, plus two sets by Williams during each event.

The Vermont stop of the festival takes place over April 10 and 11 at Stratton Mountain Resort in Stratton, Vermont. Previously held in December, this year’s festival stop in Vermont was scheduled to coincide with the ski resort’s closing weekend. Headliners for this iteration of the festival, billed as WonderGrass Presents: Sugar & Strings, include The Infamous Stringdusters, Cabinet, Della Mae, and Molly Tuttle.

Additionally, the Grass After Dark Series will return for post-festival programming with more details coming soon.

Tickets for all three festivals are on sale now: Colorado | California | Vermont.