Aoife O’Donovan Finds Her Heart in the Verse of Others 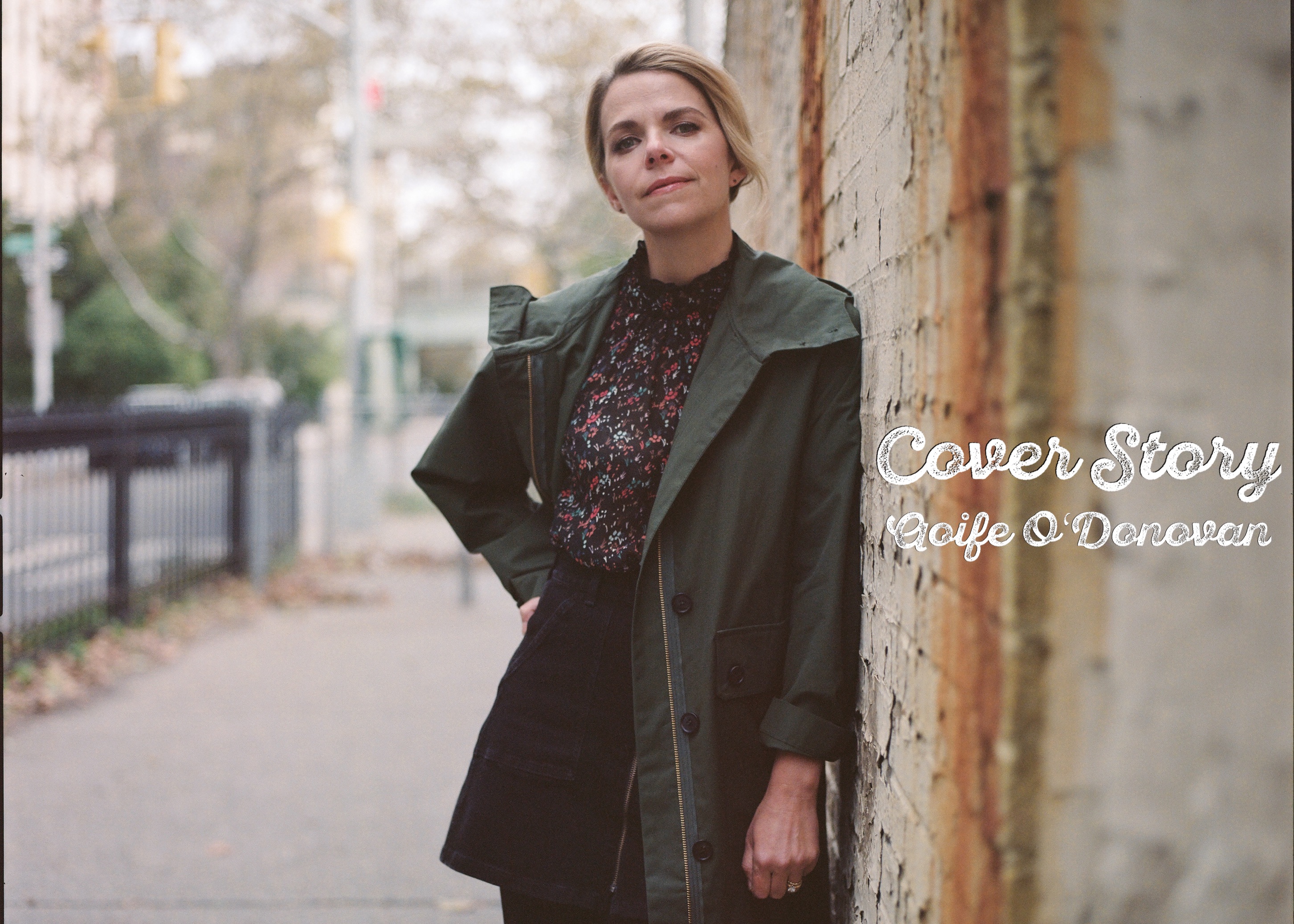 It’s not easy keeping up with Aoife O’Donovan. The 37-year-old Boston native grew up in a musical family, cutting her teeth with Crooked Still, a progressive bluegrass group she founded with four friends in 2001, and Sometymes Why, an Americana trio. She worked with Goat Rodeo Sessions (Yo-Yo Ma, Stuart Duncan, Edgar Meyer, and Chris Thile) on an album that won a Grammy in 2013. Then, after an impromptu collaboration at Telluride Bluegrass Festival, she turned around and formed I’m With Her with Sara Watkins and Sarah Jarosz, winning a Grammy for “Call My Name.”

Meanwhile, it’s been ten years since O’Donovan released her first solo record, Blue Light, and since that time she’s released five more — with a new EP appearing this month. On Bull Frogs Croon (And Other Songs), she applies her soothing vocals and folk sensibilities to the poetic verse of others. The EP builds upon three numbers that bring to life the poetry of the late Peter Sears through songs O’Donovan wrote and arranged with Teddy Abrams and Jeremy Kittel for the 2015 Britt Festival in Oregon. Pared down from orchestral arrangements to a tour-friendly string quartet, she rounds out the five-song EP with two covers: Hazel Dickens’s “Pretty Bird” and traditional folk song “Lakes of Pontchartrain.”

BGS caught up with O’Donovan about what drew her to Sears’s poetry, the qualities of a great folk song, and how she stays grounded while throwing herself into so many creative endeavors.

BGS: What drew you to his Peter Sears and his poetry?

I had never heard of Peter Sears before getting a call to write a piece for the Britt Festival in Oregon. My friend and colleague Teddy Abrams suggested that we look to the poet laureate of Oregon for inspiration, so I got a book of Peter Sears’ poems at my local bookstore and was immediately in love with his writing. I absolutely loved his work. I loved the way he was able to write about simple things, everyday things, everyday feelings — it felt like these were the thoughts of my own heart. I loved it so much. In sifting through these books, I found these three poems — that didn’t go together, weren’t from the same collections — and I put them together. I was lucky to get to meet Peter Sears at the premiere of the piece in Oregon, back in 2015. He passed away a couple of years later. But he was a really special guy.

You didn’t write these lyrics, but did any of these lines or themes coincide with something you were going through personally?

The whole song cycle of Bull Frogs Croon has that. I set these songs to music at a very different time in my life, four years ago, five years ago. They’re three songs that are incredibly relevant to the human experience. The opening song, “Night Fishing,” is a meditation on stillness, on finding comfort in your own solitude. That’s definitely a human experience — I go through that all the time. “The Darkness” [describes] the idea that waves of emotion can come over you. The final song, “Valentine,” is a love song. It’s a two-stanza poem about the simple act of being in love with somebody, and I think that’s also universal — I hope people can relate to that!

In addition to the trio of songs inspired by Sears, you included two covers — one of which is “Lakes of Pontchartrain,” which is an Irish folk song you’ve included in live shows for a while. What are your roots with that song?

It’s one of my all-time favorites. My uncle James sings this song at certain jam sessions; as I was growing up, I would hear him sing it all the time. Every time I sing it at a concert, it’s the one song that people come up to me afterward and say, “I love that song! I love that song!” I hadn’t yet recorded it. The Paul Brady version of this song is the main recorded version, in my mind. It’s just the most beautiful song.

You grew up playing folk music with your family, and you performed many traditional songs early in your career with Crooked Still. From your perspective, what makes a good folk song?

“Lakes of Pontchartrain” is a classic example of what makes a folk song good: It has a long story, and you can really follow along with this guy. You can see yourself in his shoes. He’s lonely, he doesn’t know where he is. He doesn’t recognize anybody. And then he meets this beautiful girl who just shows him kindness. It’s not like it has a happy or a sad ending: It’s just an ending that could happen to anybody. She’s engaged to somebody else. But that doesn’t stop her from being kind and from them having a beautiful connection. I actually love that part of the story: “Fair thee well… I never will see you no more, but I’ll ne’er forget your kindness.” I wish there were more songs in the world that were about that.

You also included a Hazel Dickens song. Tell me about your relationship with her and her music.

Hazel Dickens is a very special person in the bluegrass and folk community. There aren’t tons of women who are as lauded as she is, of that age certainly. She wrote beautiful songs, and she was an incredible performer, singer, and musician. “Pretty Bird” is a very tragic song. I recorded it years ago for a Hazel Dickens tribute record that never came out, and then we re-recorded it with Crooked Still, just violin and voice. I wanted to have a string quartet recording of this. Jeremy wrote this arrangement years ago, and I think it’s just stunning. I’d been doing it live — any time I was around a string quartet, I would do “Pretty Bird” — and I just wanted to have [a recording of] it.

What’s someone or something you’ve seen in music recently that makes you feel excited or hopeful?

I have been listening non-stop to the Bonny Light Horseman record. I saw that live a few weeks ago and was absolutely floored. I had not enjoyed a live concert so much in a long time. The singing was so good. The record is so good, and the live show was just even better — more enhanced, and oh my God it was just so good. I just can’t even… I loved it so much. It was like the record on steroids. Everybody should be listening to that.

You’re involved in so many ongoing projects. What keeps you going on a daily basis?

One thing I love to do daily is go for a run. When I’m running, often I’ll get song ideas, or have some lyrics pop into my mind. Sometimes I don’t remember them, or I’ll remember them days later I’ll say, “Oh, I had that idea, I had that idea” and I’ll write it down. But I think making sure to carve out at least a little time for yourself is crucial, as an artist and as a musician.

And then of course, getting to connect with my husband and my family — little tiny things, like when my daughter does something amazing. Surrounding myself with people that I love and friends and family are a huge part of that for me. When I am home, one thing we’ve been doing is trying to have meals together, even when the timing is inconvenient. Maybe it means we have lunch at 11, or we have dinner at 5:30 — earlier than most musicians would probably like to be eating — but we’re really sitting down and talking about our day. I love that. My two-year-old is now saying things like, “Tell me how your day was! Tell me how your day was!” It’s a nice moment to just put the phones away, put aside everything not at the table, and really talk to each other.