Artist of the Month: Keb’ Mo’ 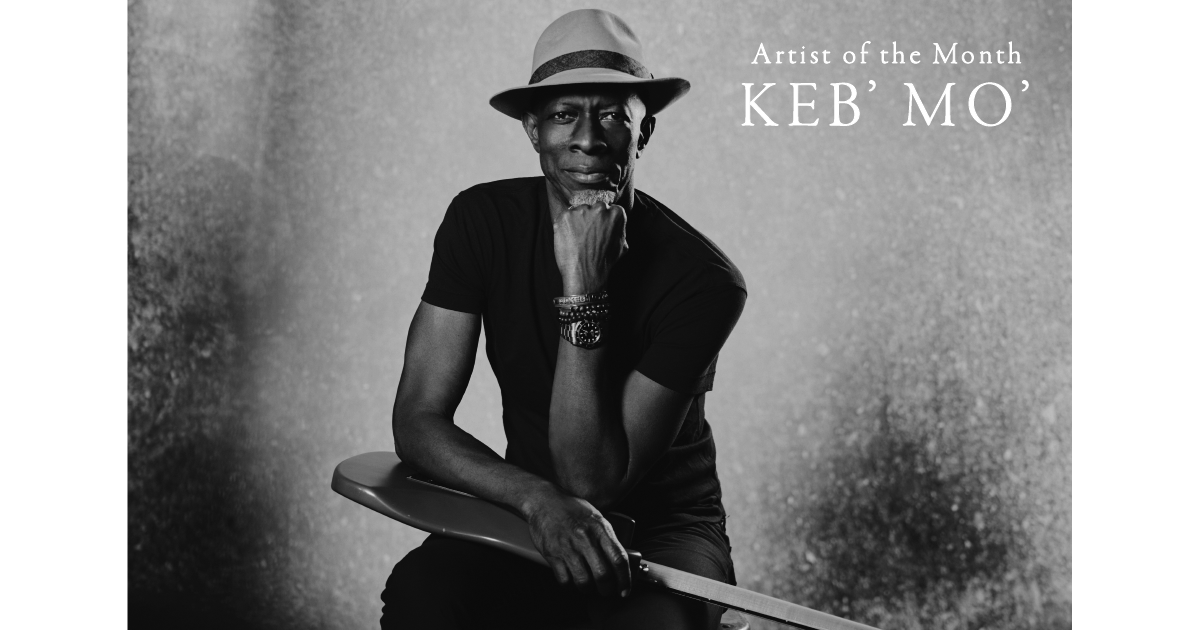 Keb’ Mo’ is going back to his roots on a new album, Good to Be, where he illustrates the bond that connects his hometown of Compton, California, to where he’s settled now. In fact, he wrote some of the songs in Nashville and others in Compton, where he bought and renovated his childhood home.

“I’ve lived in Nashville for the last eleven years, but Compton has always been my home. Finding a way to connect those two places on this album was a powerful thing for me. It felt like something I needed to do,” he says. “You can’t bring an attitude to Compton. You can’t pose. You can’t be anything but real when you’re walking down the same streets you used to ride your bike on as a kid. In a lot of ways, coming back there felt like it completed me.”

Our BGS Artist of the Month for February, Keb’ Mo’ (otherwise known as Kevin Moore) enlisted Vince Gill and Tom Hambridge as his co-producers, and by melding everyone’s sonic influences, Good to Be feels bigger than just the blues.

“This album is where I’m at right now,” he says. “It might not fit neatly into a certain category (even though the music biz and algorithms like to keep me tightly in the blues genre). Don’t get me wrong: the blues is a very important part of my experience, but it’s not all of who I am musically. Years ago, I drove around in LA delivering flowers and listening to some of the greatest Nashville artists on the radio, and now that I’ve lived here a while, it’s probably shaped me even more. So the album might be ‘all over the place,’ but the common denominator is always going to be me.”

After a string of snowy New England shows on the calendar, Keb’ Mo’ will head south to Florida in February, followed by Hawaii and the Pacific Northwest in March, then the West Coast in April. After that he’s bound for Europe. Yet, he carries one mission with him wherever he travels.

“I believe that music has the power to heal,” he says, “and I wanted this album to make people feel good. I wanted it to bring joy and make them maybe think about where they come from and the journeys that brought them to where they are.” Meanwhile, hear more from Keb’ Mo’ with our BGS Essentials playlist.