Artist of the Month: Tim O’Brien 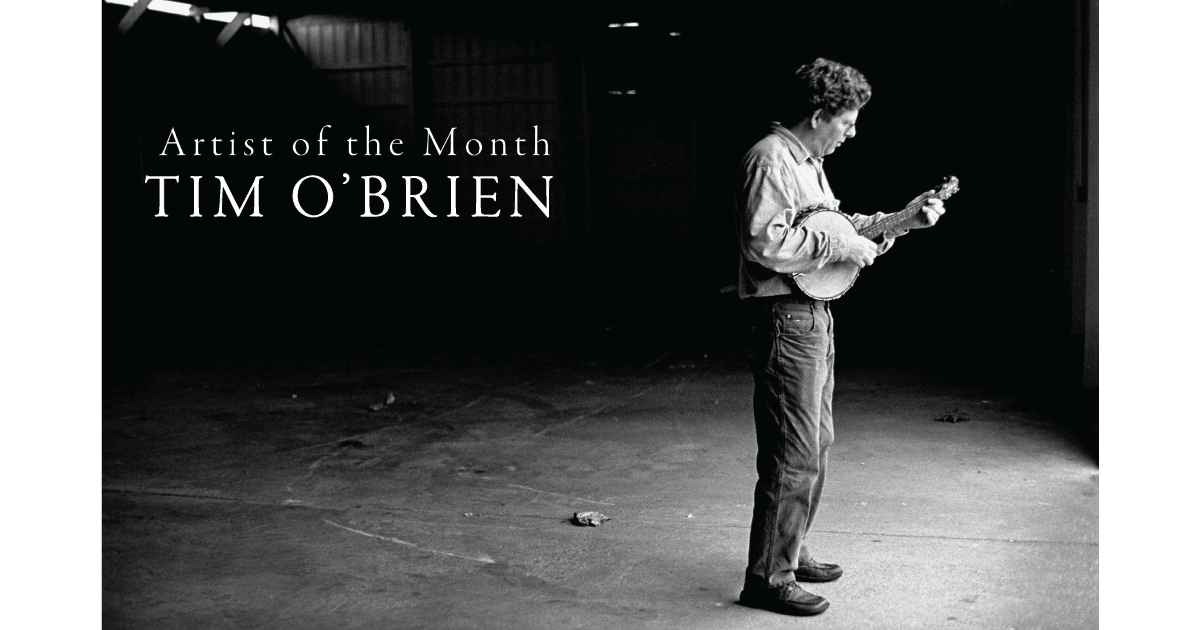 Tim O’Brien is putting his best foot forward with He Walked On, a new collection of eight originals and five carefully chosen covers. Through his music he shares his worldview, by channeling significant figures like Thomas Jefferson and Sally Hemings, Congressman John Lewis, and John Prine. The topics on this self-produced record may be heavy, yet O’Brien believes that the music offers an opening for reflection.

“When you sing something, it kind of sneaks in, in that music is a powerful medium,” he says. “It’s a language that’s mysterious on its own — it tugs on the emotions. It grabs people’s attention in a certain way and prepares them to hear things, and music kind of draws people together.” O’Brien wrote the album’s lead single, “I Breathe In,” which BGS proudly premiered in May. He relied on longtime band members like Mike Bub on bass, Pete Abbott on drums, and fiancée Jan Fabricius on vocals to round out the record.

“The project is about what you need to do to survive in America,” he told BGS. “We all need a roof over our head and something to eat, of course, but we also need love. I’ve been grateful to have Jan beside me during the pandemic. The song stresses the need to take things one step or one breath at a time, and to keep those you love close as you do so.”

O’Brien’s own journey has carried him from his birthplace in West Virginia, through the Colorado bluegrass scene, and ultimately to Nashville, where he’s been a key figure in the roots music community since the ’90s. In some ways, He Walked On reads like a map, with distinctive songs like “Five Miles In and One Mile Down,” about the Upper Big Branch Mine disaster in West Virginia in 2010. (The banjo adds some serious mood to this narrative, too.) In addition, “El Comedor” was written with Fabricius after they joined a grassroots humanitarian effort to provide water and food to immigrants at the border near Tucson, Arizona.

“You talk about the music, where would we be in America if we didn’t have this mix of people from Africa and Europe and Native Americans,” he says. “We’re family, but we’re estranged, and we’ve never learned to be family in so many ways. And it’s crazy, and we’re still suffering from that. If you read James Baldwin — America’s insane. And until we figure out how to actually deal with reality here, we’re just going to stay insane.”

With a multi-tasking musician like Tim O’Brien, who plays mandolin, fiddle, guitar, mandola, and mandocello on this record, his creative path could carry him almost anywhere. And his comic timing is impeccable on songs like “Nervous” and “See You at the Funeral.” Until he brings us on his next adventure, let’s enjoy a few songs from He Walked On, mixed in with some classics, on our BGS Essentials playlist. Read part one of our Artist of the Month interview here. Read part two here.