Artist of the Month: Vince Gill 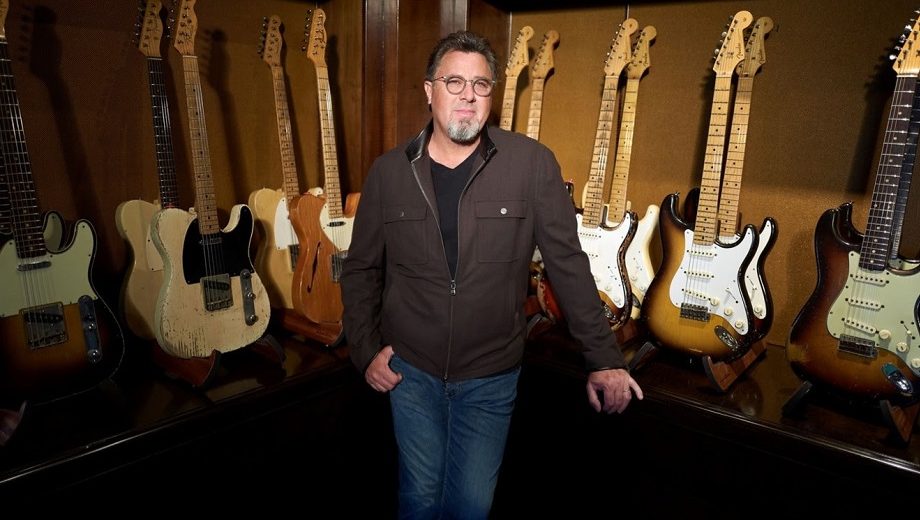 Who doesn’t love Vince Gill? His pristine tenor fits beautifully into bluegrass, country, Western Swing, and even classic rock, as he tours as a member of the Eagles. Still, the good-natured Opry star tells BGS that bluegrass remains close to his heart.

“You get the right band, the right drive and the right thing — I tell people it rocks as hard as the Rolling Stones. When it’s right — it’s really, really right — it’s like a freight train coming at you,” he observed during a visit in his Nashville home, just a few days after his annual summer appearance at Bluegrass Nights at the Ryman.

He continues, “It’s awesome — even in the middle of it. I don’t know that it translates far away like it does in a circle of it. We practiced over here the other night, and just being in this room and being this close to everybody was so much fun.”

Gill’s childhood memories shape a large part of Okie, his exquisite new album — an acoustic-oriented project that puts his voice and songwriting at the forefront. Look for our two-part interview this month with this member of the Country Music Hall of Fame, and in the meantime, enjoy our Essentials playlist.