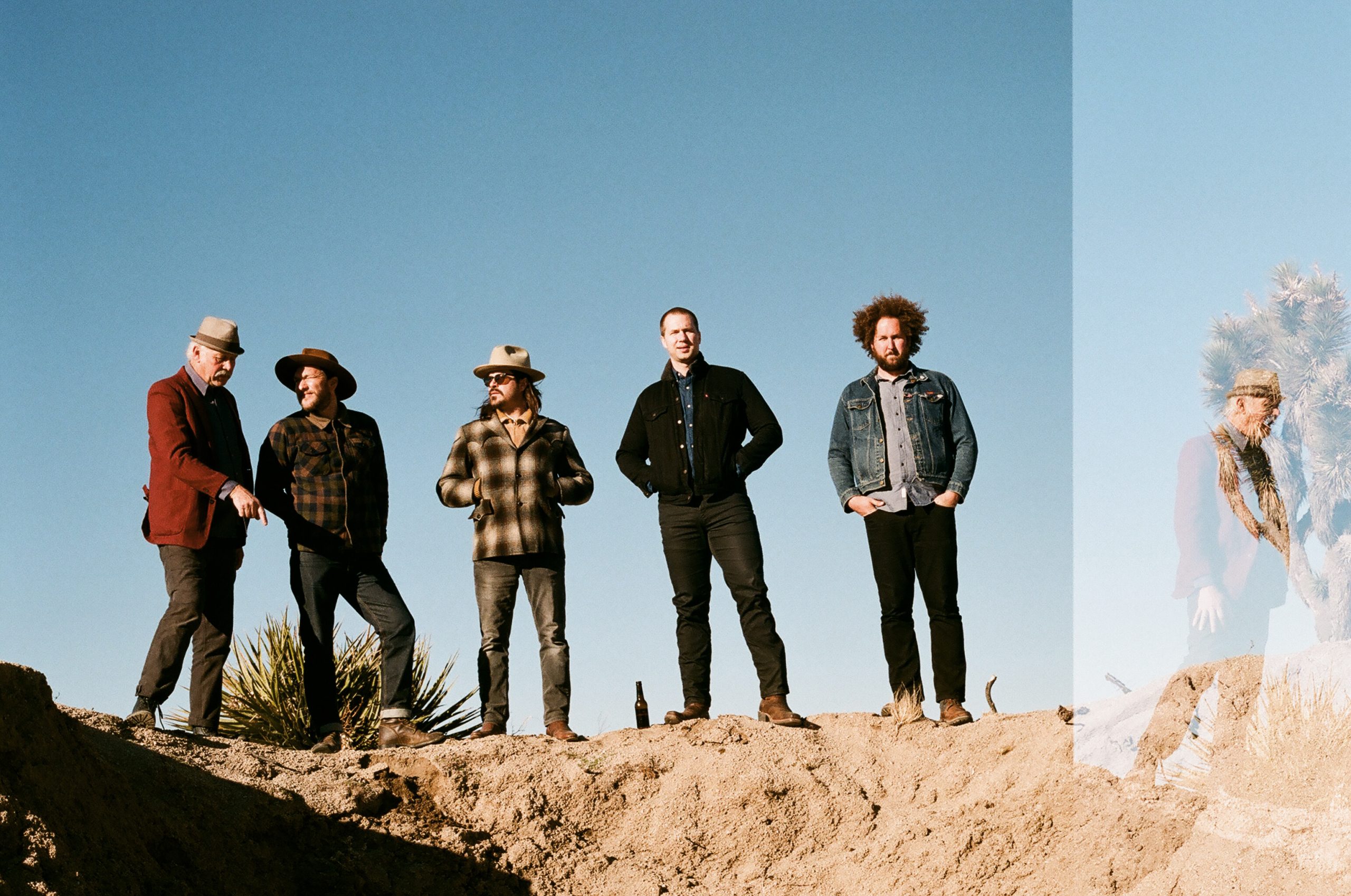 Artist: Corey Adams & Ryan Welch (of Moonsville Collective)
Hometown: Long Beach, CA
Latest Album: Moonsville II
Personal Nicknames: We usually call Corey “Core” and Ryan “Ry.” I guess we’re too lazy to be bothered with an extra syllable. Matt is “Phantom,” as he wasn’t in any of our band photos for about two years. Dobro Dan is “Dobro Dan” because that’s who he is and what he plays. And Seth is “Tenney,” as his mom added her maiden name on his birth certificate to read “Daniel Seth Tenney Richardson,” though it has become more of a verb lately for some reason …

What song do you wish you had written?

CA: “Coffee Blues” by Mississippi John Hurt. He and this tune came along at the right time, a long time ago. He’s the real deal.

Who would be in your dream songwriter round?

If you could only listen to one artist’s discography for the rest of your life, whose would you choose?

CA: Probably Bob Dylan. I bought Modern Times on CD when it came out a decade ago or so, and it just knocked me out. He gets a lot of shit for sounding old, but he is old. This record was as intriguing to me as Blonde on Blonde was the first time I heard it, and I know there’s plenty more in between that I can spend some time with.

What was the last movie that you really loved?

CA: I don’t watch a lot of movies, but the last one that really hung around was Gran Torino. I’ve lived in the same neighborhood my entire life and, if I went into further detail about why the film is so great, I’d have to kick my own ass.

CA: My wife’s vegetable soup is a warm jacket on a cold day. On the other end of the spectrum, McDonald’s original cheeseburgers.

CA: Do they not complement each other perfectly on any sandwich? There are days when I opt for the honey mustard. Sometimes it’s the sriracha mayo. The simplest things need not change.

How often do you do laundry?

RW: Whenever the hamper tells me to. I’m still trying to figure out what day is the least crowded down at the laundromat.

If you could re-live one year of your life, which would it be and why?

RW: The year I was born, of course. I remember the world entrance light being so bright and beautiful and the swirling donkeys above my crib. The comfort of the rocking chair always eclipsed the discomfort of the diaper rash.

Which Whiskey is your favorite — Scotch, Tennessee, Myers, Shivers, or Gentry?

RW: Tennessee, I suppose. Scotch always gives me the shivers, Myers will help you meet the bailiff, and Gentry is just too high-class.