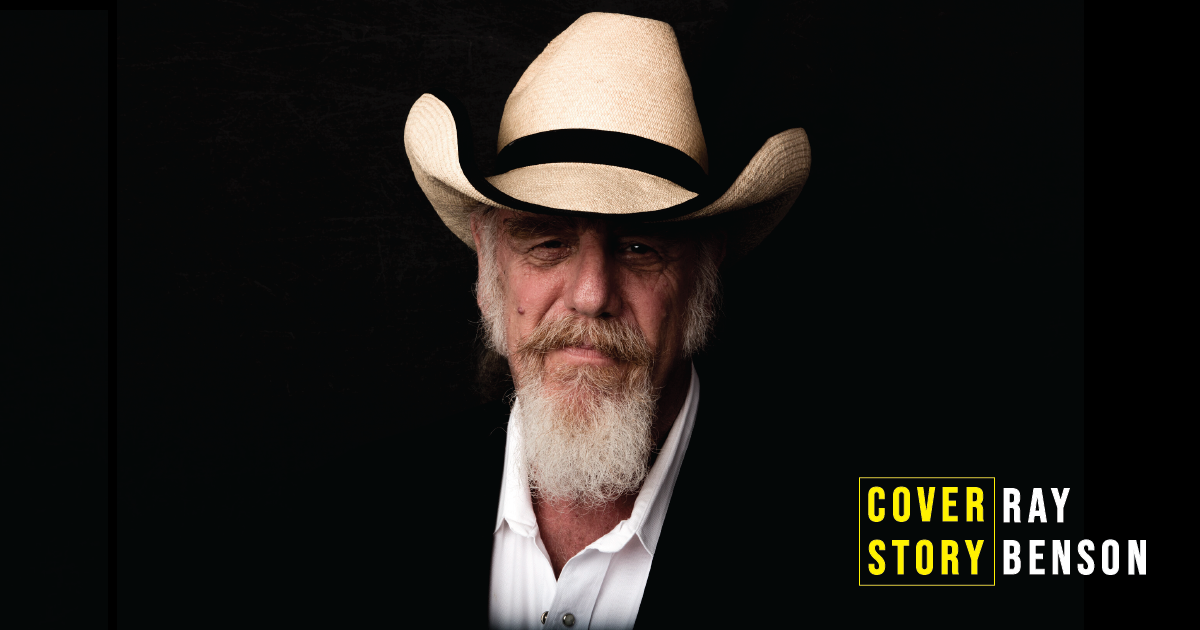 The term eclectic hardly seems broad enough to accurately describe either the approach of the marvelous band Asleep at the Wheel, or the energetic and fluid style of its lead vocalist and guitarist Ray Benson. The band he formed along with Lucky Oceans and Leroy Preston while farm-sitting in Paw Paw, West Virginia, 50 years ago is now an American cultural institution, although things didn’t really explode for them until they relocated to Austin.

Their latest release, Half a Hundred Years, pays homage to Asleep at the Wheel’s diverse and impressive legacy, although it’s one Benson freely admits he never seriously thought would continue for 50 years.

“Well, when you’re a 19-year-old kid, you don’t even know if the band will be around for 10 years,” he tells BGS with a laugh. “It really wasn’t something at the time that I had any notions about, things about legacy or impact. We were a band that wanted to play a lot of different types of music and enjoyed being around each other. That’s kind of been the trademark ever since.”

Country and Western swing are the foundational genres of their music, but the ensemble is hardly restricted or limited by them. Over their tenure Asleep at the Wheel’s repertoire has also included R&B, blues, jazz, rock and pop, while their albums and live shows feature a constantly evolving blend of originals and inspired covers. In addition, the band seamlessly maintained its trademark sound through numerous personnel changes, while navigating shifts in audience tastes and music industry practices.

“I’ve always been a real music lover, and that’s what’s driven the band all these years,” Benson continues. “Of course, the music business today is so different from the way it was when we started out. Hell, when we started they didn’t even have fax machines. You really thought in terms of radio and marketing a song, and you were trying to get your album played and then that would be the springboard for having it sold in the stores. Today, there’s such a focus on streaming. Vinyl’s made a bit of a comeback, but that’s because CDs are doing so poorly. Then the technology changed so dramatically, with the ability to sonically do things in the studio that we didn’t even dream about back in the ’70s.”

Indeed, Benson’s entire career — inside and outside the band — has been one of variety and experimentation. He taught himself to play the guitar as a 9-year-old. The first song he ever played completely came from a beer commercial he heard during broadcasts of his hometown Philadelphia Phillies. Benson teamed with his sister in a folk group The Four G’s at 11, then while in college he encountered a group whose concept he utilized (with variations) upon forming Asleep at the Wheel. It was that Commander Cody & His Lost Planet Airmen concert in Washington, D.C., where Benson saw and heard a band brilliantly mixing multiple genres in a free-flowing performance mode.

Following their time in West Virginia, Asleep at the Wheel relocated out west in the early ‘70s, playing in various East Bay clubs in California. A show where they shared the stage with Van Morrison, followed by his raving about them in Rolling Stone, began to open some doors. They toured with Black country vocalist Stoney Edwards in 1971, cut a debut LP that did well in the Southwest, then moved to Austin in 1973 after being encouraged by Doug Sahm and Willie Nelson. Upon their arrival in Texas, their second LP was issued by Epic.

However it was after their third LP, with the Top 10 country hit “The Letter That Johnny Walker Read,” that Asleep at the Wheel emerged as a top attraction. By 1978 they were winning the first of their 10 Grammys. They survived a lean period in the ’80s, then bounced back in the ’90s. Benson made another savvy decision that helped sustain the band’s success, recruiting several top country artists to cut two Bob Wills tribute LPs. Then came another hit in 2000, “Roly Poly,” with the [Dixie] Chicks. As a result, Asleep at the Wheel became one of the few country acts that’s managed to have chart records across four consecutive decades.

Their journey is duly reflected in Half a Hundred Years. “I looked at this album as a way to kind of look back and ahead at the same time,” Benson continues. “It covers everything that we’ve done and are doing.” Besides including such heavyweight guest stars as Lyle Lovett, George Strait, Lee Ann Womack, Willie Nelson and Emmylou Harris, the CD is sequenced in an intriguing fashion. The first 11 songs are new tracks featuring original band members. Songs 12-16 (with the exception of 14) feature the current band teaming with various band alumni. Cuts 17-19 are previously unreleased material, while track 14 combines the current band with two of Asleep at the Wheel’s former female singers. “We’re putting this out pretty much every way (configuration) that you can,” Benson adds.

Despite the pandemic, Asleep at the Wheel’s already done several shows and plans more in the near future. Benson has also branched out over the years to do things outside the band arena, among them being on the board of Austin City Limits, a role that led to his hosting the regional TV series Texas Music Scene for several years. He’s also been a prolific producer on LPs by Dale Watson, Suzy Bogguss, Aaron Watson, James Hand and Carolyn Wonderland, plus singles for Willie Nelson, Aaron Neville, Brad Paisley, Pam Tillis, Trace Adkins, Merle Haggard, and Vince Gill. Benson even cut a solo LP, Beyond Time, in 2003 and his autobiography Comin’ Right at Ya was published in 2015. In addition, he’s a founding member of the Rhythm & Blues Foundation, and the owner of a recording studio and label (Bismeaux Studios/Bismeaux Records).

Though it doesn’t seem possible that there are things in the music world Benson hasn’t done yet, he’s quick to list a few people he’d love to work with. “Well, I always wanted to record with Tony Bennett, but he’s retired now,” Benson says. “I’ve sung with Boz Scaggs, but have never done a whole album with him. I’d really enjoy doing that. Also, Billy Gibbons of ZZ Top. He’s someone else I’ve sung with, but really would like to do a complete project.”

He concludes, “At this point I really don’t even think about how much longer Asleep at the Wheel will go on because who would ever have given us 50 years? But I can say that I’m still really enjoying it, and this latest project and going out and playing to support it, and the reaction of the people even with everything that’s going on now… well, that tells me we’ve still got a lot of folks out there who enjoy what we do.”