Beth Behrs: What Dolly Parton Means to Me 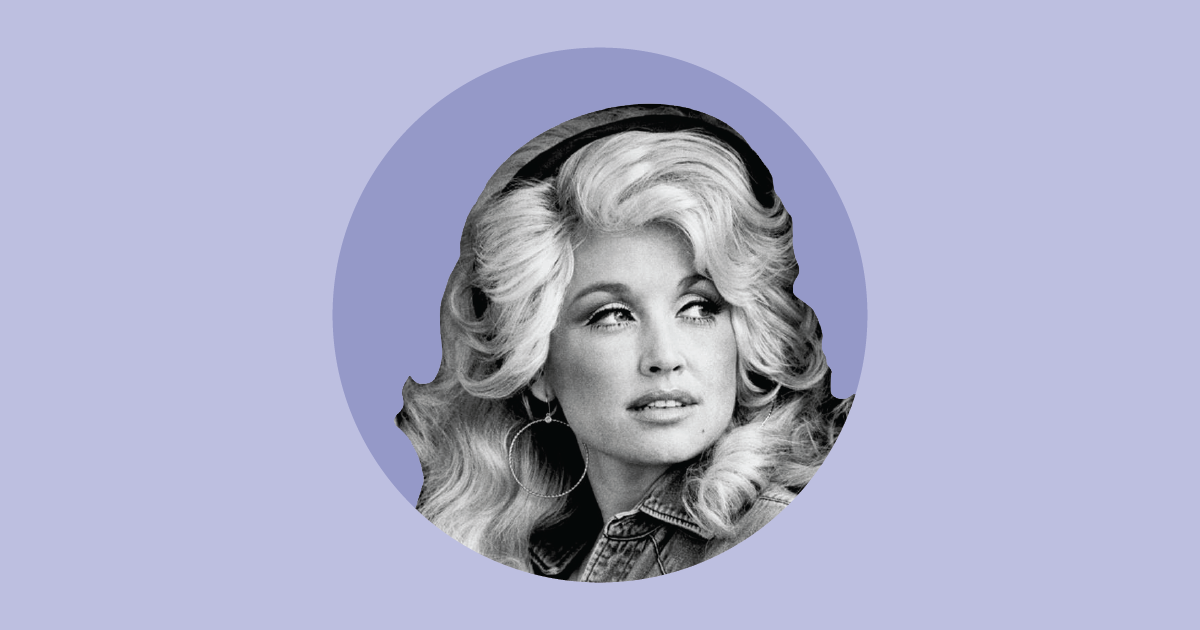 Everyone has a “Dolly Story.” Whether it’s a personal interaction (like when Brandi Carlile confessed on my podcast, Harmonics, that when she met her backstage at Newport Folk Fest, Dolly prayed with Brandi to calm her nerves) or the first time you heard your own story in one of her songs (like when BGS editor Justin Hiltner explained to host Jad Abumrad how “Why’d You Come In Here Lookin’ Like That” is a gay anthem on his podcast, Dolly Parton’s America), these stories are the universal connectors for Dolly Parton fans.

My own love of Dolly Parton’s music goes back a very long time, but my “Dolly Story” finally happened a few years ago, when my husband and I got to meet her after her show at the Hollywood Bowl. It was surreal and wonderful and the moment was over far too soon, but from that day on I knew I wanted to live my life more like Dolly Parton.

One of these days, I hope to be able to have a longer chat with Dolly (DOLLY IF YOU’RE READING THIS YOU CAN BE ON MY SHOW ANYTIME). But until then, I’ve distilled four pillars of What Dolly Parton Means to Me:

1) Dolly is Always Unapologetically Herself.

“I’ve often made the statement that I’d never stoop so low as to be fashionable. That’s the easiest thing in the world to do…. Once they got past the shock of the ridiculous way I looked and all, they would see there are parts of me to be appreciated. I’m very real where it counts — and that’s inside.”

In today’s fractured society, there are few figures as unifying as Dolly Parton. Say her name to almost anyone, anywhere, and almost certainly they will know who she is. Maybe part of the reason for this is her indelible commitment to never being anything but herself. And it’s because of that raw honesty that she can mean so many things to so many people. Over the years when I’ve been pressured to conform to certain looks, trends, people, or situations for the “sake of my career,” Dolly has been a glorious, glittering reminder to never apologize for sticking to who you truly are.

“I think everybody should be treated with respect. I don’t judge and I try not to get too caught up in the controversy of things. I hope everybody gets a chance to be who they are.”

Decency and goodness are not just about building a massive resort and theme park to revive the economy of your hometown in East Tennessee (Dollywood). They’re not just about founding a charity that has given away over 150 million books to underprivileged children around the world (Dolly Parton’s Imagination Library). They’re not even just about donating over a million dollars to help fund a COVID-19 vaccine. (Seriously. The hero we needed in 2020.)

Real goodness and decency are about how you act when no one is looking. Dolly is not just a good person, but she is a decent one. She has a universal acceptance for everyone just as they are, and uses her wealth and visibility to stand up for those who cannot. If that’s not decent I don’t know what is.

“I’m not going to limit myself just because people won’t accept the fact that I can do something else.”

Dolly may seem like a divine being sent from heaven above, but she’s as human as the rest of us. In so many interviews she’s talked about her rough patches, her health problems, her doubts, her frustrations and failures. But one thing she has never lost is a resounding resiliency to keep going. It’s important to realize that our heroes are just flesh and blood, but it’s also important to remember that what makes someone a true hero is how they remind us to get back up and keep going.

4) Dolly is Always in on the Joke.

“All these years, the people have thought the joke was on me, but it’s actually been on the public. I know exactly what I’m doing and I can change it at any time. I make more jokes about myself than anybody.”

As a comic actor, I love and admire Dolly’s ability to not only be in on the joke, but often two steps ahead of it. It’s easy enough to assume that she’s some dumb blonde with big boobs, but as she shows us time and time again, looking good and being the smartest person in the room are not mutually exclusive. You can see her adeptness in clips from her late night appearances from the ’80s and ’90s, where the host usually takes a cheap jab at Dolly’s ample attributes and makes the interview about her physicality rather than her talent. But without missing a beat, Dolly always throws it right back at him (it’s always a him), usually with a punchline that’s even funnier than the host’s bit.

It’s like she says in her classic song “Dumb Blonde:” “Just because I’m blonde / Don’t think I’m dumb / Cause this dumb blonde ain’t nobody’s fool.” I’ve sat on those same couches, fielded countless embarrassing questions, and in my retort I always try to ask myself: What Would Dolly Do?

Beth Behrs is an actress (The Neighborhood, Two Broke Girls) and host of the BGS podcast, Harmonics. Check out season 1 of Harmonics and follow Beth on Instagram at @bethbehrs for updates on season 2.