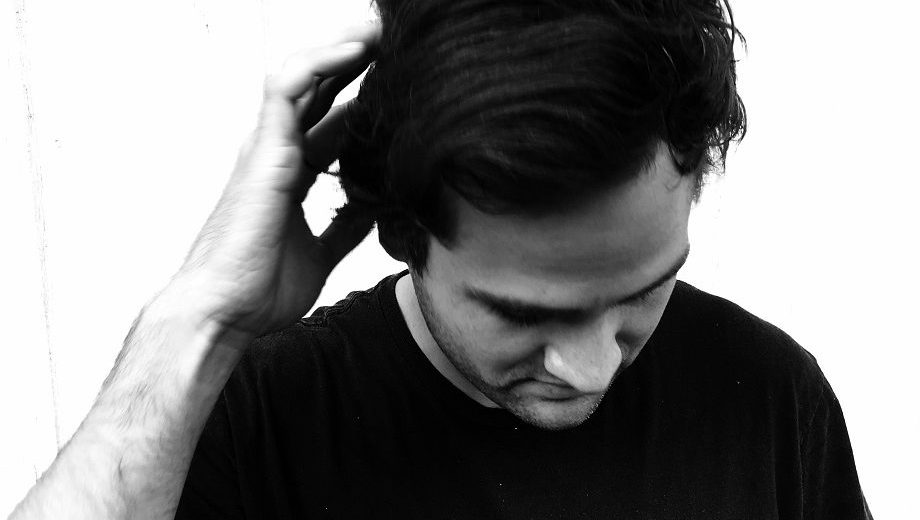 I used to fear (still do) that nobody would come to my show. But you want to know what’s actually worse than nobody coming to your show? Let me tell you. One person coming to your show. One. If nobody comes, you’ll feel embarrassed and ashamed, but it will be your embarrassment and shame to keep. If, however, one person comes to your show, you will find yourself sharing that awkwardness with a stranger. It’s a bit of a pickle, to tell you the truth.

And that’s what happened on a cold December night in Lewiston, Maine. The reason I’m calling this my favorite memory is because I’m still alive and that makes me happy. I can still remember his silhouette, backlit by the streetlight coming through the venue window.

After two songs, I finally just sat on the edge of the wooden stage.

“Hi Paul, I’m Aaron. Thanks for coming to my show.”

“Thanks, you don’t need to clap after each song if you don’t want to.”

One person clapping in a venue is how you think it sounds. Echoey. Strangely sad for an otherwise happy activity. Ask yourself when was the last time you heard someone clap at a sad event? You can’t think of one, can you.

For your sake and mine, I want this story to end like this:

…and when the light’s came up I saw Paul was actually Paul McCartney. Paul and I rode off into the sunset and never looked back.

Due to the truth of the matter, I can’t actually end this story that way, but I can tell you that Paul bought my CD and I learned a little about how he was feeling lonely and looking for something to do on a cold night. A traveling businessman, missing his wife. We had that in common.

Actually, I’m surprised when writers and artist don’t have mission statements for their careers. As much as I know a lot of this business is serendipitous and out of my control, there’s still a lot within my control.

Knowing the mission makes it easier to say yes to things and, more importantly, no. Because I don’t know about you, but time becomes increasingly scarce and valuable the older I get. It could have something to do with having three kids and another on the way, but… still, FOMO is real and you often feel like you need to say yes to everything in the music business.

So, I find mission statements pretty much a must-have. Nothing fancy. Just, what do you offer the world and what’s at stake if you don’t?

Anyway, my mission statement for Aaron Espe Music is to share openly and honestly about my life experience so that others don’t feel alone.

If what I’m doing is actually songwriting, then it’s always tough. Sometimes (once in blue moon) there’s a slight chance I might be song-channeling. Getting a gift from the song gods or whatever. That’s hardly work. That’s also hardly songwriting. It’s something else.

I’m not even saying I song-channel well, ha. The song fairies probably tap me, give me a chance, and then say, “Um… nope, we’re going to move on to someone else, thank you, goodbye.”

The reason I think actual writing is so hard is because the rush of serotonin leaves after you’ve completed the first verse and chorus. After that it’s mostly work ethic. Avoiding lunch, or watching Netflix, or falling asleep. Those are song graveyards. I bet a billion songs have died around lunchtime.

Imagine me with my two cousins, Karl and Erik. I am 15. We ditch the wedding reception of our older cousin to hang out in the parking lot. We’re listening to music in my uncle Ed’s Lincoln Town Car. It’s got a CD player and a great sound system. Erik says, “You gotta hear this.” He slides a black disc into the player and skips to Track 02.

Out of those state of the art speakers come warm, bassy picked notes on an acoustic guitar. Rhythmic slaps in between the phrasing. A smoky baritone voice. Within 30 seconds of Martin Sexton’s “Glory Bound” I am convinced this what I need to do for the rest of my life.

Before a gig, I’m in the habit of pacing in circles until it looks like a golden retriever’s been left alone in the room for days.

As for the studio, I turn off the WiFi. I put my phone in a drawer or facing down. I place my instruments and gear as accessible and ready-to-go as possible. I don’t want laziness to thank for an unrecorded part or an idea forgotten.

One thing I will say is that I try to never make important editing decisions after 2 p.m. I’ve learned that I don’t like myself or my art very much around that time. That’s right around the time I’m thinking of asking my father in-law if he’ll hire me as an insurance salesman.

The feeling goes away, so I just need to hold steady. It’s part of the process. But I used to make major changes, delete recordings, slash and burn. Now I know that I need to go on a walk and probably quit for an hour or so. Return to it in the evening or the next day.