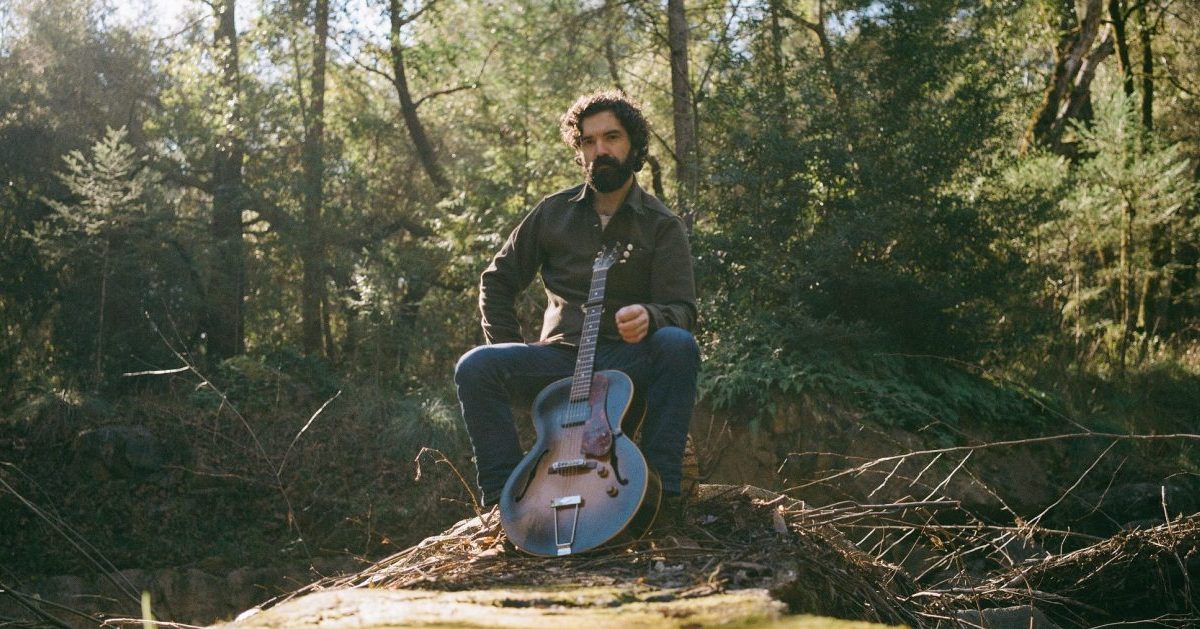 One recent moment that comes to mind was a gig on Mardi Gras day during the quarantine in New Orleans. Mardi Gras was cancelled, but folks found ways to distance and celebrate. The trio was invited to play a small outdoor gathering on the outskirts of the French Quarter at a place called Jewel of the South. It felt so good to play live and celebrate a little Mardi Gras. Now, I’m mostly an ‘eyes closed’ performer when I’m singing, but I opened my eyes for a moment, and there was this older fella right up close to me, white beard and top hat, dancing and holding a pair of old-time handmade Mardi Gras beads over my head to put on me. I skipped the next lyric to let him put the beads around my neck, my only Mardi Gras beads that year, and I got back to singing the next lyric, eyes closed. When I opened my eyes again, he was gone, like the ghost of Mardi Gras come to visit me, and I wore that pair of beads until they broke and scattered into tiny pieces.

Certainly literature, short stories, poems, films, modern art, nature, anywhere someone or something tells a story. There’s a lineage in the fact that the way stories are told to me forever informs the way I decide to tell my story. You could say my stories are just a paper mache of scraps of the stories told to me, hopefully in small enough pieces that they resemble my own. To me a good story is good because it offers up some truth that we can share together, but even if that truth was what we really needed, it’s the story that causes us to gather around to hear it, to follow along, and it’s how we remember it for years. It’s not to say that ‘truth’ is the same for everyone. I’d think that’s what’s special about storytelling; it lets the listener find their own truths in a good story beautifully told.

Oh sure, here you go: “We here at Andrew Duhon Music strive to figure out what the hell it is we have to say, mostly through the tradition of song, in keeping with the clever rhymes and double entendres of all those songwritin’ heroes stuck in our head and hopefully in continuation of those very traditions. We strive to share the songs of ours in recording and in person by interweb and by van, and to remember to be a little less precious for god’s sake, and stop and give the flowers a sniff along the way, because the next song could be inspired by a whiff of something that constant grinding would pass right by.”

I think the idea imparted by a fellow songwriter, “No one else can write your song” has been empowering and reassuring. I’ve heard so many songs I sure wish I’d have written, or songwriters doing something I do better than I could ever do it, but there’s always your piece and it’s carved out somehow, waiting for you. There’s always your story, and no one else knows it until you decide to figure out how to tell it to them… and hopefully when I figure out the story I’m telling, it’ll be interesting enough to gather around and hear it.

That’d have to be a river. I think standing in a river moving past me, camping next to a river and seeing it rollin’ on by from the last light of evening and again first light of the morning makes me think of time and my tiny blip in it. I grew up next to the muddy mouth of the Mississippi, wide and treacherous, but from a plane leaving New Orleans, it looks to be doing the same thing a mountain stream is doing, slowly carving at the banks, swaying side to side at a pace my tiny space in time can’t discern. I’m spending my time writing songs and ‘making a record,’ not just the spinning vinyl one, but the one in the fossil record that maybe serves someone after I’m gone. I’d say staring at a river is my favorite way to spend a moment and to see the space it inhabits, long before me and long after me.