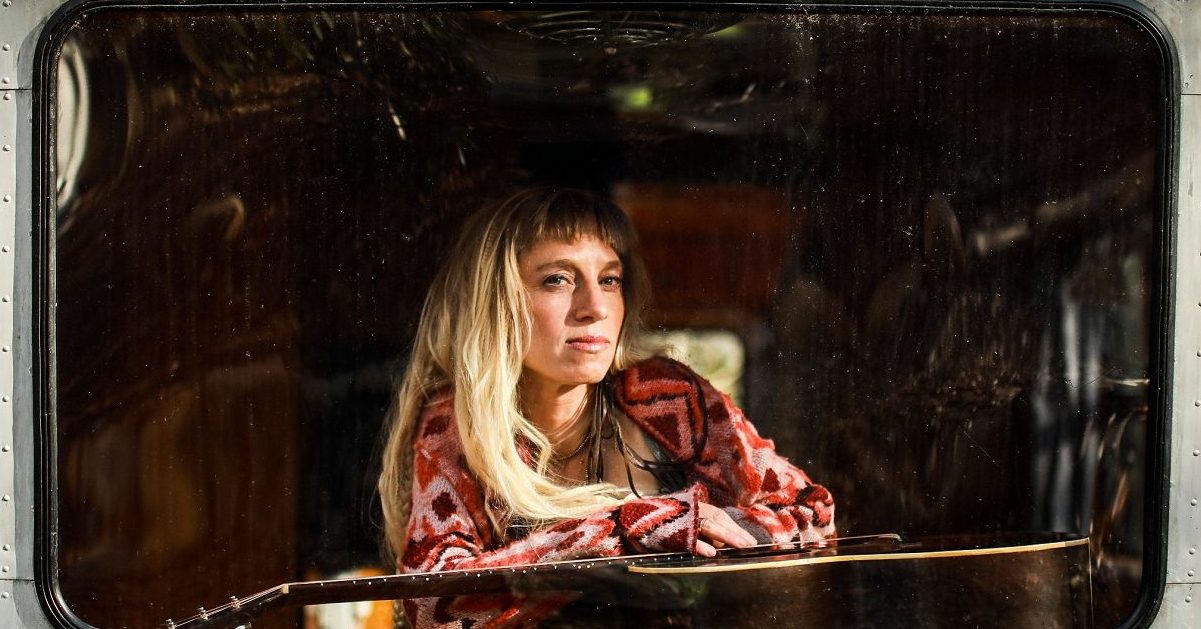 I guess far and away I have to answer — Gillian Welch. I grew up in the New River Valley of Virginia listening to Tony Rice, Norman Blake, Taj Mahal, Hot Tuna, Muddy Waters, Grateful Dead, and Old and in the Way, loved bluegrass and blues, but also female folk singers like Joan Baez and Judy Collins, pop stars like Madonna and Cyndi Lauper, and songwriters like Sarah McLachlan, Natalie Merchant, and Suzanne Vega. It just took Gillian to come around with her Revival album and put all that together for me, that you could incorporate all those great roots sounds into something completely modern and original. I was living in California at the time I heard her first album. I grabbed my fiddle and headed straight down to 5th String Music in Berkeley and started going to every bluegrass jam I could find. I thank her for giving me the idea that I could do it too — because of her genius, I could begin to imagine myself singing and playing guitar and writing songs too. It’s important to have someone you can look up to and that you can relate to so you can even have the idea in the first place.

For more than a dozen years now, I’ve been hanging around the Cumberlands with my buddy “Hippie” Jack Stoddart, someone who, in his rough and audacious way, brings people together to make a lot of magic. Hippie said to me one day, “I want to introduce you to Zona.” He’d been doing a lot of outreach work out of an old school bus bringing groceries and coats and toys and stuff to people living in former mining towns in Middle Tennessee. So he brought me up the mountain to meet the hardened sweetness that is Zona Abston. We sat around her kitchen table and she told me her life story, a miner’s daughter, growing up with little education and no money, not much luck or hope. When we collapsed back in the truck, Hippie said to me, “You better write this shit down!” And so I did. I wrote every detail: the cancer, the hunger, the cheating, the shining, the debt, the babies, the heartbreak. I came back with a mess of notes and thought, “How do I make a song out of this?” So I sat down and tried to pull out the most specific and moving details of everything she told me and created a ballad for her. I was super nervous to play it for her because, well it was HER life. SHE had to live it. But when I sang it for her the tears rolled down her beautiful face. She said, yup it’s all true, every word of it.

I actually thought about this a lot earlier this year, during the pandemic when I was trying to understand what my purpose was in music when it seemed like the industry was going to hell. I decided to focus on three things, and wrote them on a yellow sticky note that is taped in front of my desk for quick reference. The first is authenticity, and a commitment to truth and honesty to who I am as an artist. It’s a challenge to believe that it’s all already inside. I don’t need to grasp at something outside of myself. I just need to continue to learn to trust myself and be myself. The second thing is connection — connection with other artists and musicians, connections with my fans and supporters, and connections with anyone along the path. Those beautiful relationships are the foundation for anything I can possibly hope to accomplish in this lifetime. Saying “yes” and valuing the people that show up for me is oxygen. The third thing is creativity — growth and discovery. Allowing myself to surrender to the journey, giving up thinking I have to have everything figured out and under control. I need to just submit to curiosity, openness, and faith.

Before I was a musician I was trained as an ethnobotanist. I traveled half the world studying plants and their uses and connections to culture. I love referring specifically to plant species in my songs because they can be so symbolic in our physical world. For example, in the the title track for my new record, Eden and Her Borderlands, I use a couple of plants that carry a deeper meaning. The cedar is fragrant and twisted, it’s green the year round, its oils are used to protect against decay and disease, it is sacred and ancient in its symbolism. I also use the sycamore. It is stately and grand, always grows near sweet water. It is often a boundary and its presence on the landscape signals a threshold that we approach and then cross over. Adding these botanical details to the song is like adding spices to a recipe, it gives more depth, even for those that might not know anything about botany. And who knows, maybe it will inspire people to love plants like I do!

I love this question because initially there can be so much fear in exposing your true self. Absolutely mortifying to lay bare the thoughts and emotions of a real human, the one behind the Facebook posts and the stage persona and the person you think you are or wish you were. The real one with all the real flaws, that is the person that is actually interesting. But the songs really push yourself (myself!!!) to look in the mirror and substitute the “you” with “me,” to get personal. Well, it’s a journey of acceptance and insight. Getting personal is the thing that connects us to the rest of humanity and, honestly, the thing that makes a good song, the thing that makes a song relatable.

I recently took a songwriting course with Mary Gauthier. In the song I shared, I kept referring to myself as “babe.” She said, who is babe? She focuses a lot on pronouns, you know, who are we talking about here? Because in our heads, it’s always about us. It can’t NOT be. We are trying to figure out what the hell we are doing here and if we are at all worthy of anything we are pretending to do. It takes a lot of working through fear to write songs. It’s good work.