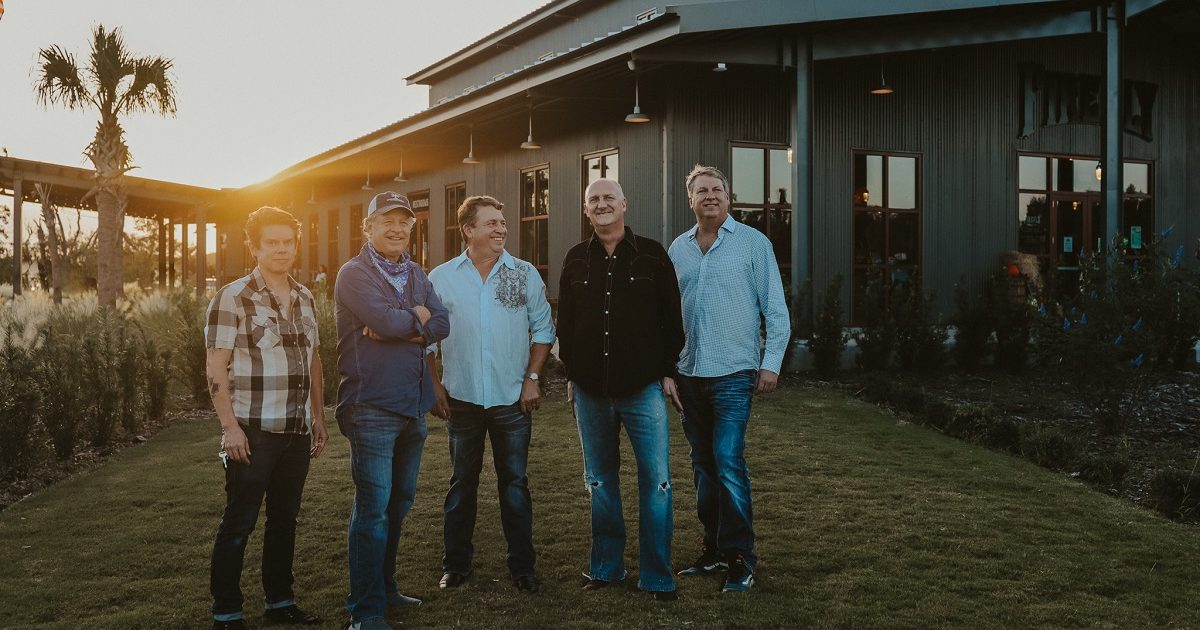 I’ve always said if I could have dinner with anyone living or dead, it would be Lowell George of Little Feat. I imagine us having an eight-hour dinner with cocktails, red wine, and for some reason I think of him wanting some good Italian food, and it would go into the night around the table with guitars, cigarettes, and yadda yadda. — Bobby

I love to cook and would have loved to have Elvis Presley over for dinner and serve him my smoked dry rubbed baby back ribs, brisket baked beans, collard greens and slaw and for dessert, we’d go to the Sun Records Cafe for a grilled peanut butter and banana sandwich. Elvis would likely order his with bacon. — Hank

The best advice that I received came from Poppa Futch. He would always say “Remember who you are” and “Take it to ‘em, son!” Meaning, you are a Futch and a Christian and when you are performing, give it all you have. Stand up in the saddle and lean forward. — Hank

Don’t be an asshole. Be nice to everyone, if you can help it, because word gets around. But also, from David Lowery (of Cracker, producer of our Letters from Round O cd): every band has one guy in there that drives and pushes things a little bit and is labeled as the asshole. Don’t beat yourself up about it. — Bobby

Around the time I met my wife, in 2006, the band had just completed about 10 years of full-time touring, writing, etc., and we were gearing it down. And I am pretty sure I had PTSD or something similar from those years. I really needed a mental and physical break. So in letting all that go, I really let my songwriting get away from me. I tried a couple of years later to write with some folks in Nashville, but it did not work well. And then I got married, and we started having children, and the idea I was harboring now was that I needed to write some things about these new experiences. But it just wasn’t happening. So within a few years, I had developed a full-blown writer’s block. But I kept thinking about it, and because I wasn’t writing, I was thinking about it even more, about how I wasn’t writing, and occasionally I would dream a song and let it slip away. So in a weird way, it became an obsession, but I wasn’t producing.

So finally around 2015, I made an appointment with Radney Foster, who was a mentor and with whom I’d had a successful and easy experience 10 years earlier. And I went in and said, “I’ve got to write a song about my wife or for my wife, I’ve somehow got to get some of my feelings about her and my life now into a song or she’s going to have to listen to all of these other songs about other girls for the rest of her life…and this will not be good.” And it was his weekly write with Jay Clementi, a wonderful human whose empathy and sweetness really helped to make it happen – and sure enough, the block started melting away bit by bit and we wrote “That’s How I Knew.” I was reminded that I could take thoughts and help shape them into pieces that would fit together as a song, and it was such a relief. I credit these two professionals who happen to be great Americans with helping me out of that hole. And the song made its way on our new record and I am so proud of what Sadler Vaden helped us do with it. — Bobby

I started writing a song three years ago about celebrating family. It went through many revisions over the three-year period and didn’t actually finish writing it until we were in the studio recording it. The song is called “Big Dreamers,” the title of our new record. — Hank

While I’ve been a huge fan of Ricky Skaggs since he played with JD Crowe & the New South, the artist that influenced me the most was my dad, Hank Futch, Sr. (aka Poppa Futch). My brother, Hal Futch, and I started playing bluegrass when we were around 12 years old and it was Poppa Futch that inspired us to play. Some of my earliest memories are of him playing bluegrass, gospel and classic country songs at parties with his buddy and boss Mag Greenthaler. The two of them could entertain a crowd like I still have never seen, telling stories that seemed unbelievable though we would learn later that most of the stories were true. He handed down so many great songs, wrote a few and taught us to harmonize. He would take us to Lavonia, Georgia, in the ’70s where we would watch all the great bluegrass pickers and bands such as Flatt & Scruggs, Doc and Merle Watson, JD Crowe & the New South, Jim & Jesse, The Lewis Family, etc. He loved to tell the story of coming home one day and hearing bluegrass music coming out of the basement only to walk down and see my brother and I, along with Will Morris on banjo, were jamming out “Foggy Mountain Breakdown” as fast as we could play it. Poppa passed away last year but my love of music undoubtedly came from him. — Hank

This is always a hard one to answer. I could go a lot of different directions. From the work ethic and band leadership of Ronnie Van Zant, to the cool and uniqueness of Lowell George or Dave Matthews, to the songwriting canon of Jackson Browne or James Taylor, to the picking and singing of Tony Rice. But I think perhaps the artist that I (and many others) have studied and learned from the most is the icon of the singer-songwriter, Bob Dylan. His writing process and intensity; his tendency and willingness to change things up; his devotion and dedication from an early age (hitchhiking to New York to meet Woody Guthrie and following his destiny to Greenwich Village) to the present (the never-ending tours and the albums which seem to come out annually or more). But the thing I glean most from him is the ingenious songcraft, which, more often than not, is marked by simple structures with remarkable lyrics and the perfectly unusual chord thrown in just to make sure you remember he’s trying to do it just a little differently than the expected. He set the bar high for everyone. I like to think I at least try to do something unique because of his example. So, my path as a singer-songwriter started with anyone like him who sat down with just a guitar and perhaps a harmonica, which is why I would also lump in the singer-songwriter genre as my most influential genre — from those named above and from Paul Simon, Richard Thompson, and Joni Mitchell to Steve Earle, Jay Farrar, and Ryan Adams. — Bobby

We’ve been lucky to play some great shows like opening in our hometown of Charleston for Widespread Panic at the Joe and Willie Nelson at the N. Charleston Coliseum. We backed up Bo Diddley in the late ’90s twice, serving as his band…now THAT was cool. And Wavefest ‘96 in Charleston always comes to mind, simply because of the lineup — headliner David Byrne, the only show that Son Volt and Wilco played together, plus Cracker, Cowboy Mouth, Ben Folds Five, Blue Mountain, and a bunch of others. We closed with a cover of Steely Dan’s “Bodhisattva” which, I must say, rocked the house. But perhaps the most memorable was one of the biggest crowds (25k+) we’ve ever faced, in April of ‘96 opening for Hootie in Columbia on the eve of their second album release. At that moment they were never bigger, and this was a free show on a Monday night. We were so fortunate to be asked, and of course we were scared shitless, but it was the single event that finally got us to take the leap and go for it full time ourselves as a band. So the excitement of that day was unforgettable. — Bobby

One of my favorite memories from being on stage may have to be the Blue Dogs 25th Anniversary when we had some of our favorite artists join us at the Charleston Music Hall. These artists include Hal and Poppa Futch, Hootie and the Blowfish, Edwin McCain, Radney Foster and many of our friends and local artists. Luckily, we continue to celebrate our Anniversary/Homecoming Show every year with different artists, so in a way some of my favorite memories may still be yet to come. — Hank