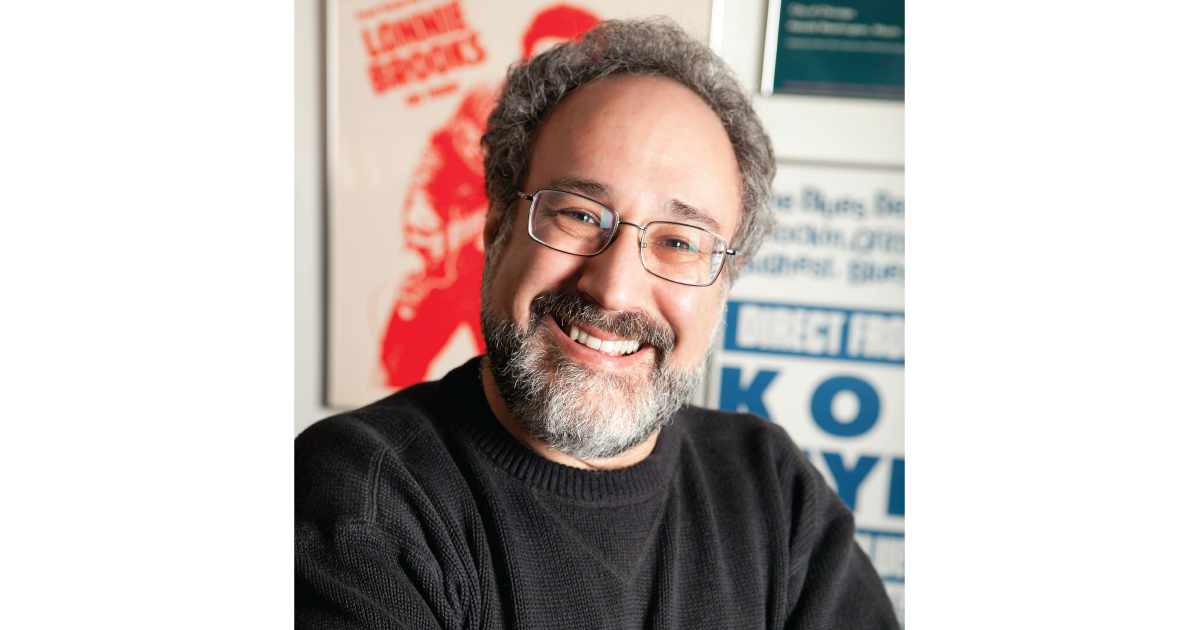 What’s your favorite memory from working in the music business?

After all these years, it would still be the first session I produced, back in 1971, with my favorite Chicago blues band, Hound Dog Taylor & The HouseRockers. We cut their debut album in two four-hour sessions, direct to two-track (I couldn’t afford multi-track recording) and 100% live in the studio. They played the same ragged instruments that they played in the South Side Chicago clubs. Hound Dog had a cheap Kingston guitar played through a Sears & Roebuck Silvertone amp built by Danelectro. Of the six speakers, two were cracked and distorted beautifully. Brewer Phillips played an ancient Fender Telecaster through a not-too-old Fender Concert amp, and Ted Harvey beat on an old Slingerland drum set. We recorded a couple of takes each of about 25 songs both nights, and chose the best for the album. We tried to make a record that felt just like their gigs at Florence’s Lounge, a South Side neighborhood bar where they played every Sunday. They rocked the house, so the slogan of Alligator Records became (and still is) “Genuine Houserockin’ Music.”

What was the first moment that you knew you wanted to work in the music business?

I came to Chicago in 1970 to work for a year as the shipping clerk at Delmark Records, a venerable small blues and jazz label. Then I was going to go back to college. The first week, the boss, Bob Koester, asked me to come to a recording session as “gopher” (the guy who goes for things like sandwiches, whiskey, guitar strings, etc.). I watched as, before my eyes, Chicago bluesman Junior Wells, accompanied by Buddy Guy, Louis Myers, Fred Below, Earnest Johnson and the best blues piano player in the world, Otis Spann, sculpted a blues record that’s worth hearing 100 times. I couldn’t believe this music was being created live right before my eyes. It was incredibly exciting. After that, I had no thoughts of going back to college.

What advice would you give to an artist who’s pursuing a career as a singer-songwriter?

Be a realist. The chances are better than not that you will not be able to make a living doing this. Be prepared to be hungry. Then, if you’re truly determined, insist on making your own statement. Don’t consciously think about being “commercial,” but do think, “Will other people relate to this music, or am I just indulging myself?” If your music doesn’t communicate, then you should perform for yourself in your bedroom and get a day job! If you do perform, remember that each performance is a way of auditioning your songs to the people you want to be your fans. Pay attention to their feedback, both what they say and how they react to each song, each verse, each line.

I guess that I should answer that about both artists and producers (because above all, I’m a talent scout and producer). The artist who influenced me most has to be Elmore James. He wasn’t the best technical guitar player in the world, but he played and sang with such undiluted passion that every record he cut is worth listening to over and over. The first two things I listen for with an artist are passion and originality. He had both. As far as producers, I’d name my old boss, Bob Koester, of Delmark Records, for letting artists be who they are, and Tom Dowd, for inspiring artists to great performances in the studio — including Ray Charles, The Allman Brothers, Wilson Pickett, Aretha Franklin, Freddie King, Eric Clapton and literally hundreds more.

Find blues and blues-based artists who have that passion and originality, and help them (whether I’m their producer or not) to capture that passion and originality in a recording. Then, be the bridge that connects the artist to his or her potential audience. That way, if the Alligator Records team and I succeed, artists will make records that will rock people’s bodies and souls, and we will help the artists reach more and more ears and (hopefully) get the recognition they deserve.

WATCH: Charlie Parr, "Last of the Better Days Ahead"