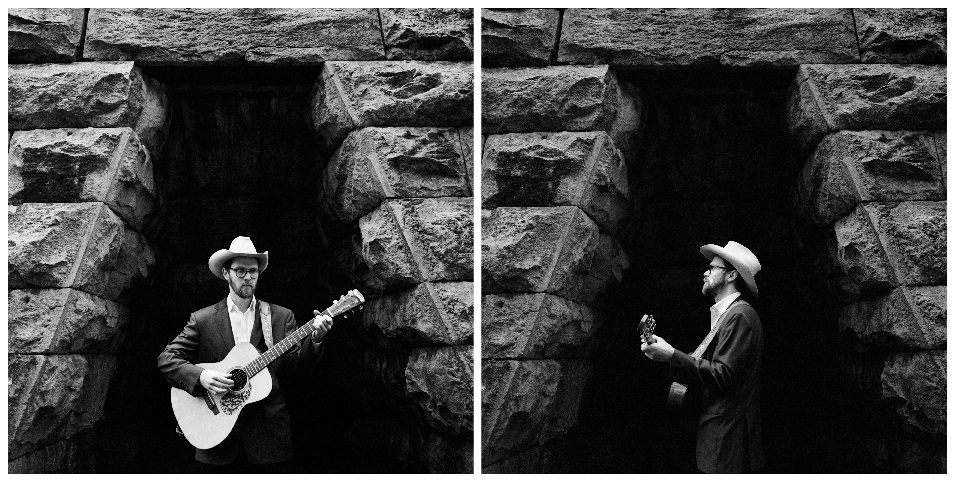 I’m not sure I can point to any one artist as being my main influence. Growing up my mom would listen to folks like James Taylor, Simon & Garfunkel, Joni Mitchell, and a handful of other singer-songwriters. At the same time I was also heavily influenced by what my sister was listening to and that was more along the lines of The Smashing Pumpkins, Rage Against the Machine, Weird Al, The Beatles. Some of it I was really moved by, other stuff not so much, but I took it all in nonetheless.

I had the opportunity to tour around the United Kingdom and Germany this past August with my friends, Sons of Bill. I would have to say my favorite recent memory of being on stage came during a performance in Munich. I remember really connecting with the audience that night and thinking how special it was that here we were, a couple of Virginia boys far from home playing songs that at one point didn’t exist. That night we got what anyone who does this can really ask for and that is an audience’s undivided attention.

I am influenced by all sorts of different art. I like to think of it as all being valuable source material. In the last few years I began painting on a semi-regular basic and have enjoyed learning about different painters throughout history and how they worked. I like that Mark Rothko kept traditional office hours while he worked on the Seagram Murals. I’ve taken to such a schedule with my writing and it has actually worked quite well for me.

I remember sitting around with my mom and sister when I was in middle school and listening to the first Nickel Creek record and being moved by the songs. I think it was in that moment that I knew I wanted to try and affect people like that. I had started learning a little guitar prior but hearing that music and getting goosebumps that put fuel on the fire. I was on the path from that point forward.

I think my mission is simple. I want to try and write honest songs and be as earnest with people in my performances as I can. I am just a man who, like everyone else, is insecure and looking for love. I feel like I am able to share parts of myself with my music that are otherwise difficult to articulate.