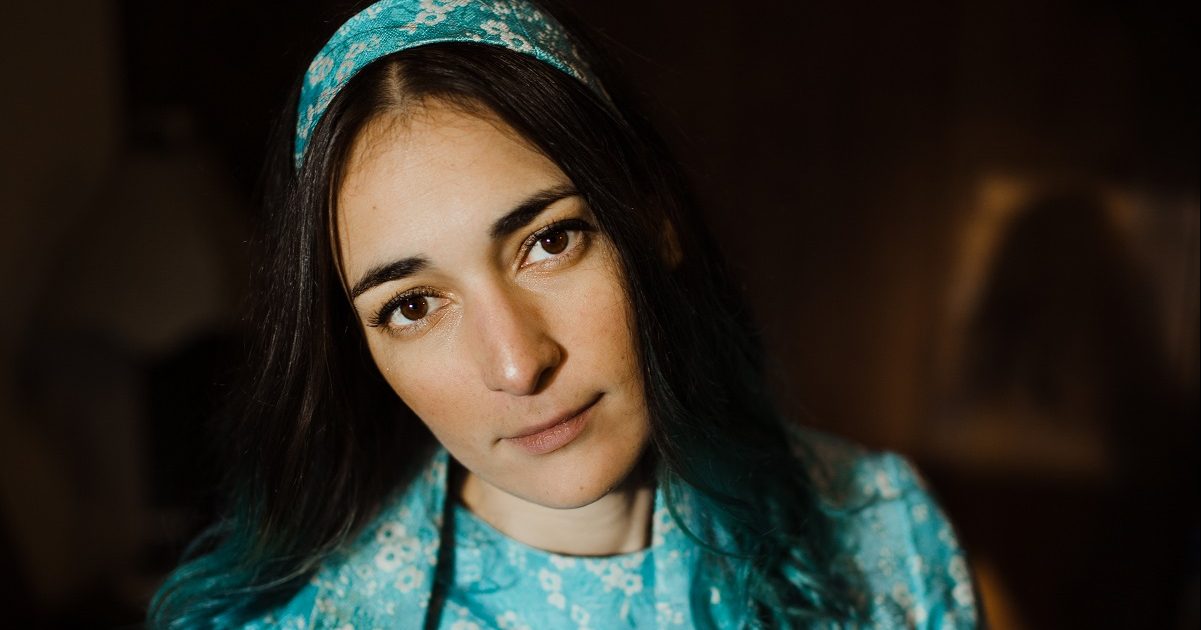 Artist: Cristina Vane
Hometown: Nashville, Tennessee
Latest Album: Make Myself Me Again
Personal Nicknames: In college my friends called me X… it was the year DMX came out with a big hit and the name kinda just happened! Bluetip or Young Tippy happened when I first dyed my hair blue around 2014, and that was started by the same group of friends.

The best lesson I learned was through some co-workers advising me at the guitar shop I worked at back in 2014. I had just moved to L.A. and had met a “famous” guitar player who befriended me and then blew up at me in a diva fashion for no reason. I remember my co-workers telling me how there is no excuse for that kind of behavior — it doesn’t matter who this man had played with or what he had done. There were endless examples of people far more “famous” who were kind and polite (like Jackson Browne, who came into that shop once while I was working!) That advice helped me feel better but it also taught me that it doesn’t ever matter who you are, you always have the option to be kind to people, and I try my best to do that even if I’m tired or stressed out.

My favorite memory of being on stage was at the Fillmore San Francisco when I got to open for Bob Weir, Wynonna Judd and Cass McCombs in 2020. That was the most magical feeling — to be in a place oozing with the history of all the talented people who had graced that stage was so electric. I felt similarly elated when I was called up to play Red’s in Clarksdale, Mississippi, for the same reason. The legacy from that area was tangible. I was just thinking about all the folks who had passed through before me.

One of the artists who I would say influenced me the most is Alanis Morissette. I listened to her when I was young and impressionable, but at the age just before I started becoming my own angsty person, right around 10 or 11. The sheer grit of her vocal delivery, the unapologetic sarcasm, the in-your-face tone…I loved it all. I thought her songs were so catchy, and still think so. I may not write like her but she shaped my understanding of the space a musician can take up in a deep way and I still rock out to songs like “Baba” and some of her other deeper cuts.

I really love hiking, camping, and kayaking, and have incorporated so much of my travels into songs — some in a literal way (on my recent record, “Colorado Sky” was written under a stunning Northern Colorado sunset as I free camped in the hunting and wildlife land, “Dreaming of Utah” on the old album is about Moab, “Badlands” about the Badlands…) But in my opinion, what is cool about writing a song about a place is the challenge of trying to communicate what that place is making me feel. Sometimes I look out over some amazing vista and am inspired to capture that feeling in my chest. Sometimes it feels lonely, too. I’d say recently, I do more hiking than camping out, but I still enjoy it when I can.

If it were possible, I’d love to sit down and eat a full four-course meal — cheese plate and wine starter included — while listening to Aretha Franklin. Main course could be lobster or pasta — and for dessert…anything with caramel. Preferably while she sings “Do Right Woman, Do Right Man.”