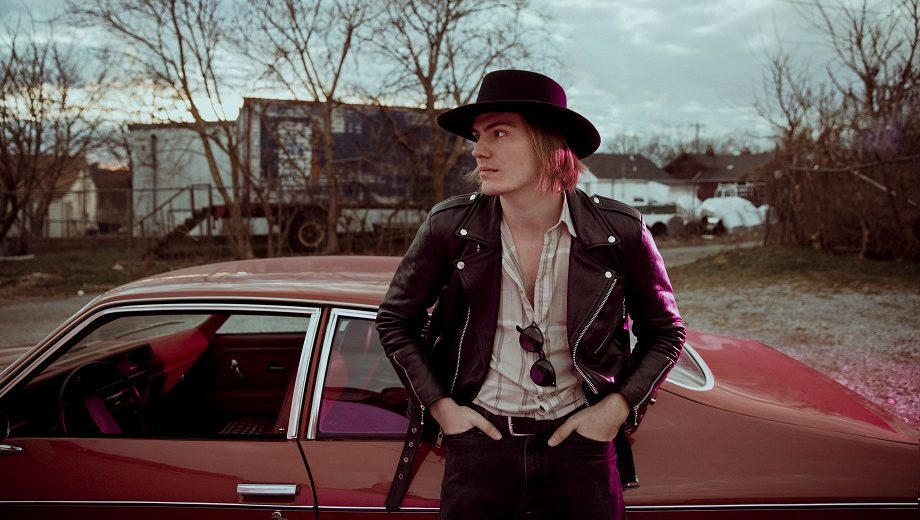 One of my favorite memories was from a few years ago in Norway and playing a big festival stage. I thought no one was gonna show up during our set and that we shouldn’t be playing the stage we were playing. But we walked out to a roar of thousands of people, I looked back at my drummer, Jon, and the rest of the band said, “All right, let’s let them have it!”

Oh my god, I love literature and music from film, chamber orchestras, symphony. I love Martin Phipps, James Newton Howard, and Hans Zimmer. Music is so important when it comes to film and when I write I sometimes have a little movie playing in my head and imagine myself writing the music to it.

Music really transcends films and if we didn’t have it, the film wouldn’t be near as emotionally devastating, touching, funny, or lighthearted. I miss the long camera shots in movies when you could tell they weren’t working with more than maybe two cameras or sometimes one. You had to rely on the music, frame and emotion of the actor to make it come together.

It proves the theory that less is always more and you don’t need a whole bunch of gadgets and technology to make great art. You just need imagination and drive. I kind of take that philosophy with me in my own songwriting. I love imagery and I think that maybe my strong suit as a lyricist is creating strong imagery that has a feeling attached to it.

A lot of the songs I wrote for Renegade were tough because I was doing something new and had never written necessarily uptempo songs before. I found myself having to dig for inspiration and having to actually “work” for the first time at songwriting. But the reward of finishing these songs was immensely satisfying. If I got a song written in two days’ time of sitting there staring at a blank page I was jumping for joy.

I got frightened there for a minute that I would never write another song again. That’s when you gotta just sit down and make yourself do it, where discipline comes in. I’m the worst about procrastination and when things don’t come easy I very often lose focus, so it was a test of going against my nature and having to really make myself stay focused.

I kept a rubber band on my wrist and would smack myself with it every time I’d catch myself drifting during the writing of these songs. Ultimately I wrote twenty songs for Renegade alone and recorded ten. I wrote some really beautiful songs that didn’t make it that I hope to include on the next one.

I honestly drive more than anyone I know. I love the deep, deep south, the moss on the trees and the murky water. I love the alligators and snakes. The snake is my spirit animal and at first I thought that was a bad thing but it actually just means that I always need to stay grounded. Any place where there is a rich history and stories of its own, inspires my work. They make me feel like there is an endless supply of stories to tell, of people who have felt what I’ve felt and seen what I have seen long before I ever felt or saw anything. I feel less alone. New Orleans, San Francisco, Charleston, Savannah, London, Paris, Amsterdam — these places always get me creatively flowing. Just passing through and seeing how much time has passed and how that hasn’t change them all that much.

Very often, I hide behind characters more often than not. I think a piece of every songwriter goes into their songs. My friend Courtney Marie Andrews, whom I consider to be one of the best lyricists of our time, is really good at pouring herself into her songs, yet making them seem strangely relatable to everyone. She is one of the best at that and I can feel every word she sings. Then you have Jason Isbell who can listen to a story on NPR and then write an incredibly sophisticated and intricate song about a character to [the point] where you feel close to them while listening to the song.

I feel like I’m a writer who tries to achieve it all but ends up putting a piece of myself in everything, trying to hide behind the “you’s” and the characters [I] am writing about. I am very much still growing and learning how to be a good writer. It is a practice I will always be chipping away at for years to come.