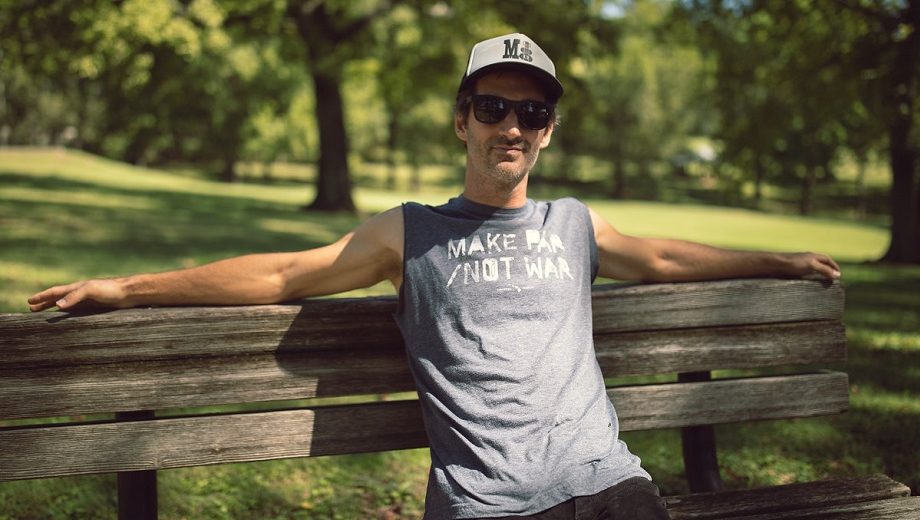 Artist name: Griffin House
Hometown: Springfield, Ohio; currently resides in Nashville, Tennessee
Latest album: Rising Star
Personal nicknames (or rejected band names): “Balls” was my nickname, which is part of why I named my 2013 album Balls. I guess you could say it was kind of like a self-titled album. My friend (when we were younger) thought it was funny to add the suffix “balls” onto everything. All nouns, common and proper, including people’s names. Griff-balls apparently had a nice ring to it, since it stuck. Eventually it was shortened to G-Balls and eventually just Balls. It was fun when that album “dropped.” The jokes were endless.

So many influences, but I think probably Woody Guthrie is the greatest. I do a little more singing than I heard him do, being influenced by guys like Bono and Jeff Buckley, but Woody passed down an American tradition to Bob Dylan, Bruce Springsteen, Wilco, etc; his songwriting influenced [and] shaped how we’ve all done things. I relate to him particularly being a guy with his guitar traveling all around America and singing and telling stories about what’s going on around him. He really paved the way for all of us modern day troubadours singing any kind of folk songs.

One of the first shows I played when I started was opening for John Mellencamp. I was so nervous I told the crowd I was going to go back behind the curtain and “When I come back out,” I said, “Can you just pretend like you are all here to see me and go crazy?” They gave me a standing ovation and went wild before I even played a note. On the last song, I did a victory lap around the audience of 5,000 people and high-fived everyone and then finished the last song. I mostly did it because I didn’t know if I’d ever if I’d ever have an opportunity like that again and I wanted to make the most of it (and have a good story to tell). It felt like something you’d see happen in a movie.

Lots of film. I love watching movies and disappearing into the scenes that I’m watching. It’s a great escape for me and sometimes inspires a song. Going to museums and looking at paintings and sculpture is a wonderful joy for me too. I also love books; I majored in English Literature in college and learned to really appreciate writing during that time. Poetry and literature probably have the biggest direct influence.

I saw Rattle and Hum and wanted to be Bono, circa 1988. [U2] were just so unbelievable. That set the bar pretty high, but I’m also content just making a living, telling my stories, and being a singer and storyteller playing for smaller crowds.

“Yesterday Lies.” I think it took me a couple years to write. But the toughest ones were the ones I couldn’t write at all. Every one I finish is easier than the ones that never happened.