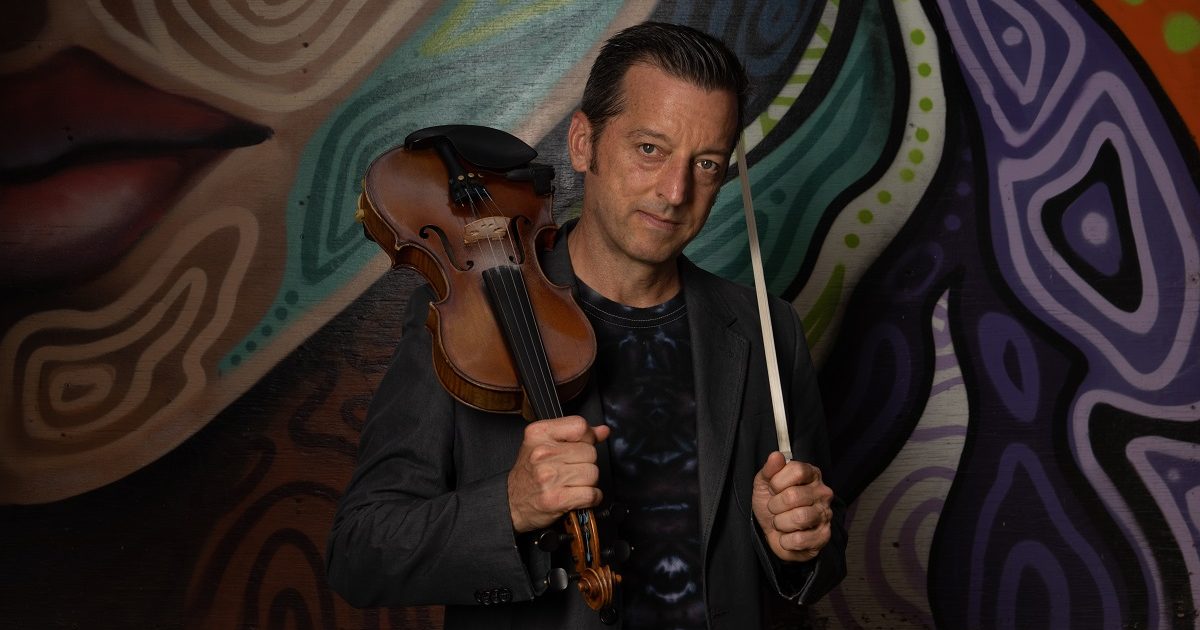 Del McCoury. I first heard Del when I was around 15 years old. At that time I was playing guitar and knew I wanted to play music for a living. When I heard Del I knew that was the band I wanted to join, and knew his sons played banjo and mandolin, so the only options were bass and fiddle. My dad had a fiddle and he started teaching me to play around that time. For the next few years I spent most of my time learning fiddle solos to Del McCoury songs. My parents were very supportive. My Mom would drive me to school and I remember we listened to “I Feel the Blues Moving In” every day of my senior year. She said she never got tired of the song either. I was obsessed with his music from an early age!

The February after my graduation I hired on with the Del McCoury Band. I think the stars aligned. At that time Del still drove the bus. There were many nights I would sit and practice fiddle through the night while he drove. Lots of times I wouldn’t know what to play for a solo on his songs. I’d ask for his help and he’d sing melodies for me to play. Over the years watching how he’s run his band, giving them the freedom to express themselves musically and how open he is to exploring different genres of music through bluegrass. I feel very fortunate to have been able to spend the last 30 years in his band.

One of my favorite memories is when the Del McCoury Band played Oswego, New York, with Phish. They invited us to play on their main stage set and after seeing a sea of 80,000 people in front of the stage I got pretty nervous. We played a couple tunes with them and someone broke a string. Trey said, “Hey, play one of those fiddle/banjo duet things you guys do.” The thoughts of breaking down the wall of sound from this rock band to just fiddle and banjo scared the hell out of me until Rob and I started playing. The crowd continued dancing as if the entire band was still playing. It was pretty cool how that crowd and that band accepted our music. We got to play several more times with them and Jonathan Fishman has actually played entire sets with the Del McCoury Band and The Travelin’ McCourys and most recently he recorded on my solo record Lowdown Hoedown.

Whether it’s gardening, golfing, hunting, or fishing, I like to be outdoors. All those hobbies seem to clear my mind of anything else going on in the world. Sometimes I hunt a farm around Goodlettsville, Tennessee, not far from Grandpa Jones and Stringbean’s old houses. I’ve sometimes wondered if I was crossing the same paths that they walked when they hunted together. It’s also nice to put the boat in and go down the Cumberland River. The view of Nashville from the river is pretty cool! Sometimes I pass by John Hartford’s house. That always brings back memories of all the jam sessions we used to have. Those are great memories.

From my earliest memories I remember my dad’s band The Buffalo Creek Express playing shows. I tried to mimic them as a kid. When I was 8 years old one of dad’s friends, Mike Parsons, came to our house and his son who was only a couple years older than me was playing guitar. I thought this kid is good! I wonder if I can do this. I asked my dad if he would show me how to play. After Mike left my dad showed me the chords to the song they were playing. “The House of the Rising Sun.” The next time Mike came to the house I was the kid playing.

In 2001 we were on the Down From The Mountain tour. Bobby Hicks was the fiddler in the Ricky Skaggs band that was also on the tour. It seemed like every day we were playing tunes together. Bobby was very generous about teaching me his style of fiddling. One day I was having a hard time with something he had showed me. He straightened me out pretty quick and before he left and before I walked on stage he said, “Just get out there and play from the heart and those people are gonna love you.” I’ve never forgotten that moment or the encouragement he gave me.