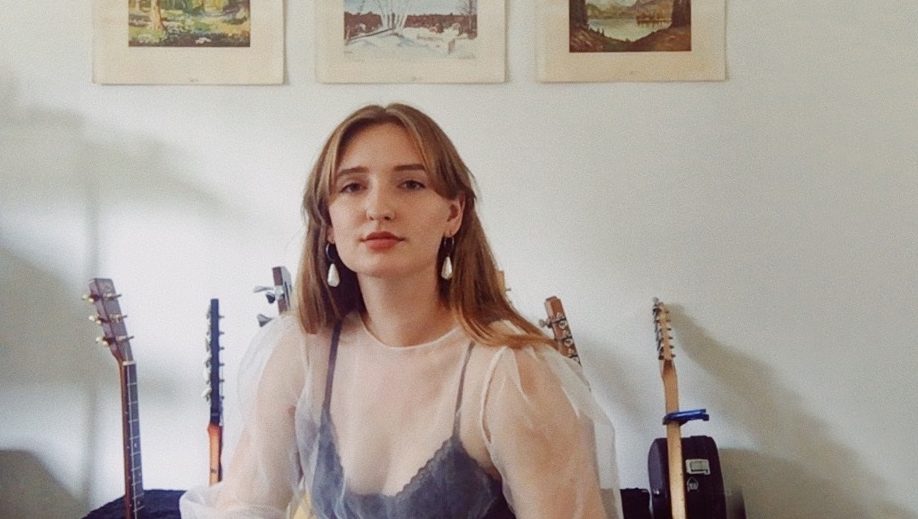 “I challenged myself at the beginning of last year to learn and post a cover song every week as a way to stay inspired both in writing and performing. What started as a fun prompt cracked something open in me and stayed for good, freeing me up in the areas I tend to be too cautious in. After weeks and weeks of this, I decided to release four of these songs as an EP of interpretations, in hopes that they would bring comfort to people in the same way they for did me during this painful year.” — Madison Cunningham

It’s hard to give credit to only one as so many artists helped me along in different phases of my life. But if there’s one artist that encompasses all forms of my deepest interests, which is singing, playing, and writing, it has to be Joni Mitchell. She taught me how to sing and how to be a free thinker. Her music cracked me open as a young shy writer.

I was in Aspen, Colorado, last year opening for Amos Lee. I’m not quite sure if it was the elevation or the drunk audience, but it holds the record for being one of the most comfortable and freeing shows that I’ve played to date. For me, if there’s one small accident or interruption during the tuning portion of a performance, it makes me feel right at home. The conversation is the fun of it and makes the music feel invincible. Without it, I feel like I opened the door to the wrong apartment.

I think the only answer to this question is to eat some sort of red pasta with red wine, while sitting across from Joni Mitchell underneath a New York veranda. Ideally at sunset. But the truth is, I’d jump at any chance, at any hour, to have such a meal.

Probably when writing “Something to Believe In.” It’s quite possibly my favorite song that I’ve written, but cost me most of my hair. I sat on the chorus, and verses one and two, for about six months. And on the day I decided to finish it, I was pounding my fist against the floor and standing on my head trying to come up with verse three. Even after I finished it, I wasn’t convinced this song was for me to sing. So I gave it to a friend and then ended up recording it myself later.

I think every character is some three-dimensional form of myself. The only way you can write sincerely about someone is by relating to them, and you really only have your own experience to go by. Writing from a character’s perspective also gives you a kind of bravery to write about yourself, freeing you up to say things you’d normally feel was too forward. It’s an “I’m only the messenger” sort of a thing.