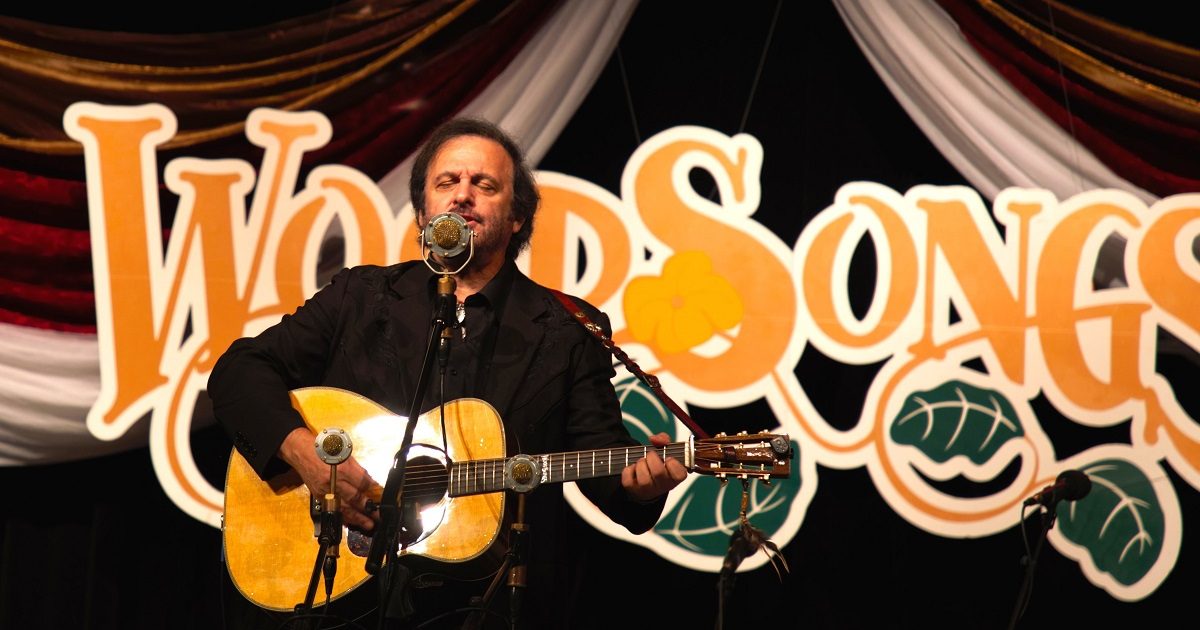 To use music to help build a front porch around the world. We need that right now. To help music lovers find a new, defined direction for their music. Music doesn’t have to be your livelihood to be a powerful part of your life. To gather the global community of front porch-minded musicians and help them do good work, bring roots music education into schools free of charge, and enhance communities by redirecting the tremendous energies of local musicians.

All of it, really. I’ve written five books, a children’s book I illustrated myself, I had a published cartoon strip in 17 newspapers, written three movie scripts and, during the pandemic, took up oil painting. Obviously I have a syndicated radio and TV broadcast as well, so it is a tapestry of art. I’ve written plays and even an opera about the day Woody Guthrie wrote “This Land Is Your Land.”

As a musician and artist, what are some of the ways you like to give back to the community?

That’s hard to explain. And I offer this not in the spirit of boasting but to encourage other artists to look past their vision of “stardom” and see instead the value of doing good work with their music. It is better than a hit record. I created the SongFarmers community to help musicians the music business left behind; there are now 89 active chapters across America and Ireland. I created the WoodSongs Artist Gathering to help poets, painters, authors and songwriters find encouragement and feel like their efforts have value; so far 19 events have happened or are being organized. We have over 1,000 WoodSongs broadcasts that I consider an education into America’s front porch, so we attached lesson plans for classrooms and homeschool parents to introduce this rural heritage to their kids, all free.

I’ve performed hundreds of concerts for the homeless, the environment, farm families, battered women and children, concerts about the earth and nature as well as teenage suicide. This year tornados destroyed much of Western Kentucky and I used the WoodSongs community to collect nearly 1,000 instruments to give musicians in the region who lost everything, all for free. A few months later, floods destroyed much of Appalachia and again collected hundreds of guitars, banjos, flutes and more and gave them out free to musicians in the mountains. Recently I launched another volunteer-run project to welcome young musicians to our front porch world called WoodSongs Kids, sort of a Mr. Rogers meets the Grand Ole Opry.

I think without a doubt Pete Seeger. Perhaps not so much musically; my style is much different from his, but his vision for music, community, using song for a purpose other than “selling” things. He was my neighbor on the mountain along Rt. 9D by the Hudson River in New York, although I really didn’t understand who he was. Just a pleasant fellow who claimed to be a musician … but played the banjo. I gravitated to the musicians in his orbit as well, folks like Harry Chapin, Arlo Guthrie, Roger McGuinn, Odetta, Libby Cotton, Don McLean and others. I found his log cabin life, the rustic lifestyle, and organic thinking very close to my own. Certainly Henry David Thoreau and Vincent van Gogh have been major wellsprings of imagination for me.

As I write this, we are in preproduction for my new Garden of Time album. I approached the project completely backwards. I knew what the album title would be; I even designed the album art. I had everything ready except writing the actual title song. “Garden of Time” was going to be about Vincent van Gogh’s final day in the summer of 1890. But I couldn’t grab the song, it was beyond me. So I got in my car and went to the Detroit Institute of Art to see the 26 original canvases of van Gogh. To stand in front of the actual paintings, in the same space he stood with his brush in hand, was very moving. I got back home to my log cabin, fired up the wood stove, and “Garden of Time” was born in 10 minutes.