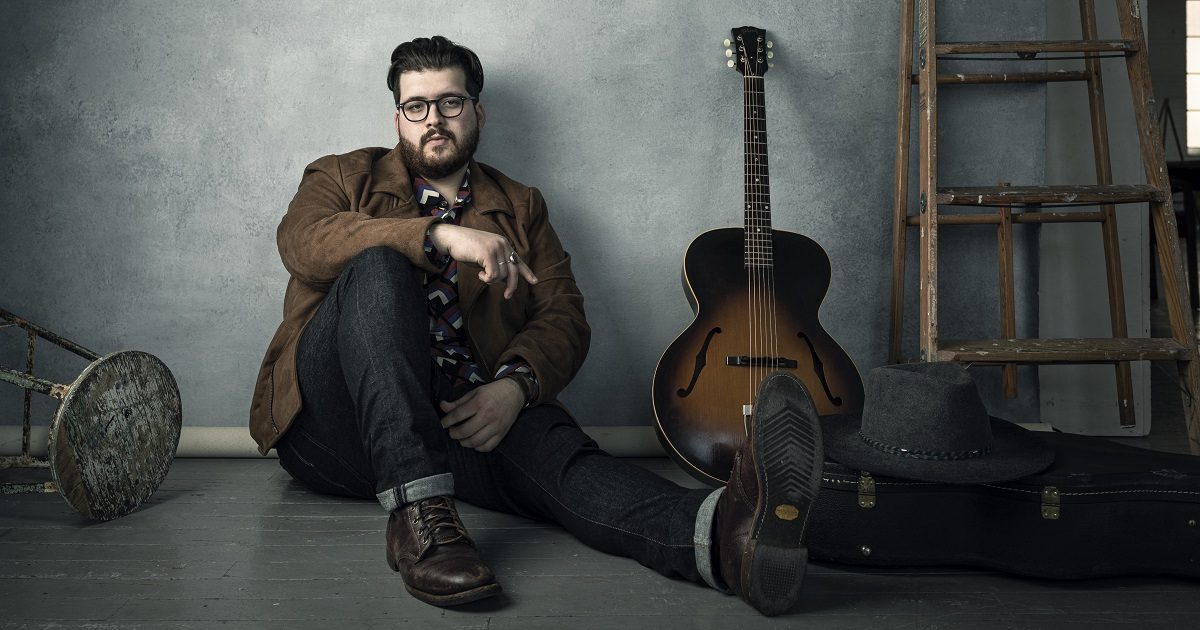 It’s hard for me to pinpoint the exact moment. I have been around music in one way or another all my life. I grew up listening to my dad and stepmom sing in studios and my older brother Ian is a drummer and recording engineer. I guess one of the first times I felt like I wanted music to be more than a hobby was when a band that I was in as a teenager played our first show. We had this blues/funk band called Say When and it was me and my brother and our two best friends, Zach and Alex.

We had a show at this place called the Handlebar in Greenville, South Carolina. It’s no longer around but it was popular back then and that night we were playing a Battle of the Bands contest. (This was absolutely a pay-to-play type of scenario but we got to play for a couple of hundred people so we didn’t care.) I was the frontman of this group and I think I realized then that being on stage performing for people was a feeling that I couldn’t get anywhere else. It was a confidence that I didn’t have in my normal day-to-day. I was a pretty shy teen and never quite felt like I could fully express myself unless I was writing or on stage. I could connect with people from a stage in a meaningful way and I fell in love with that feeling. I have been in love with it ever since.

I think I hear Ray LaMontagne’s influence the most in my music. I have always been a huge fan of all of his work but in particular, I love his album, God Willin’ and the Creek Don’t Rise. That album found me when I was just starting to write music in high school and it really settled in deep. I am pretty sure that I got the CD stuck in my 2003 Kia Sportage and had absolutely no problem with that. Obviously, Ray has so much soul and texture in his voice that it’s immediately recognizable to anyone that hears it. For me though, it’s his words that really sell it. He has a way of writing elegant and poetic verses that somehow still feel grounded and relatable when you hear them. I think that when I started writing music and began searching for my own style, Ray’s music was a giant impact on me back then and still is today.

My favorite memory on stage has got to be when I sang with Willie Nelson. I remember getting a phone call from my agent in a hotel in Nashville. He asked, “Do you have any interest in opening three shows for Willie Nelson?” I said, “Why are you even asking? Absolutely!” Willie has always been a hero of mine and it was an honor to open a few shows and share my music with his incredible fan base. On the third night, I met Willie and he asked me to come sing the gospel with them at the end of the show. It really was incredible. We sang “Will the Circle Be Unbroken” and “I’ll Fly Away.” Sharing the stage with Willie Nelson and his entire band of legendary players gave me a feeling that I don’t think I will ever forget.

So far the best advice I have been given is to stay patient and stay true to yourself. I do believe that every artist has their own timeline and their own path. I think that with social media it can be hard to keep perspective and very easy to fall into a kind of comparison trap. You usually only get to see the good things that are happening to other artists, and not the years of grinding it can take to get to those good things. That is something I struggle with on a day-to-day basis if I’m being honest. I think that the best thing that anyone can do is to stay patient and focus on making art that honors who you are and what you believe in.

I’ve spent my whole life in a small town in Upstate South Carolina. Just a few minutes’ drive from the Blue Ridge Mountains. I spend a lot of time wandering trails and birdwatching in the woods here. I have always found that when I feel my most tired and burnt out, the hills, rivers, and lakes of this region always provide the refresher that I need.

The title track of my new album is called “Blue Wall.” Blue Wall is another name for the Blue Ridge Mountains so one could definitely say that growing up so close to that mountain range has had a very big impact on me and my music. I have always wanted to write a song about my home and the beautiful scenery that surrounds it. “Blue Wall” is my first successful attempt at doing that.