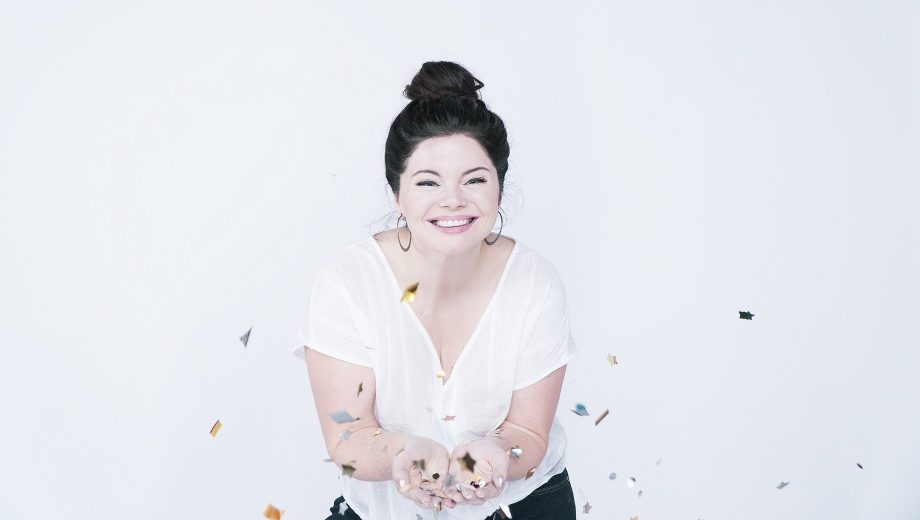 Ooh, great question! I think this happens in cycles. I’ve gone through periods of writing songs inspired by fiction, or using the stories of people I meet on the road. This tends to happen when my own life doesn’t feel inspiring, if I’m not in the mood to share or, honestly, if I’m just not in touch with my own emotional state.

For me, it’s often more a case of co-opting someone else’s story and then posing it as a first person “me” song! Rather than hiding behind a “you,” I tend to do the opposite – write a song using someone else’s story (or making one up) and then singing it in the first person as if it’s my own… I did that recently with the songs “Lake Louise,” “Tattoo,” “Flying” … and in a bunch of my older songs, like “Lie,” “Marguerita” and “The Chicago Kid” all fall into that category.

Ooh, that’s hard to say, I’ve struggled with some many of them! I guess you could say I’m a laborious writer. Occasionally a song will spill out (“Ghosts” came out in a single sitting, almost stream-of-consciousness) but often I will labor over a song for weeks, months, and sometimes years.

The song “Growing Up” was very difficult to write. I started it at an off-the-grid writing retreat in the West Texas desert. The chorus came together quickly, and it felt like the start of some sort of empowering anthem. Then I left the retreat and my phone started to blow up; it was October of 2017, and while I was out of town the Harvey Weinstein scandal had broken. Suddenly many thousands of horrible, important stories were being dragged from the shadows to the mainstream narrative of our culture. It was a desperately needed, incredibly important step but it also knocked the wind out of me and muted my desire to write an empowerment anthem.

A month or so later, I was at another retreat and decided to give the song another try. This time, I played it for a friend who pointed out that sometimes growing up isn’t empowering. Sometimes it’s just a bummer–the punches keep on coming and we have to pull ourselves up and dust ourselves off over and over and over again, because it’s the only option. That friend is the wonderful Megan Burtt, who became a co-writer on the song for, as she puts it, “bringing the bummer.”

For the month prior to that moment of clarity, I had really agonized over this song; it was so hard to reconcile the message I wanted to share about strength and resolve with the more painful realities of the world. Once we decided that it’s ok to not be ok, the song clicked together pretty quickly.

Ha! My ideal pre-show ritual includes a delicious meal with lots of fresh local veggies, a thorough, full-body stretch, twenty minutes of Metta meditation and about twenty minutes of vocal warm-ups. Doesn’t that sound nice? In reality, I usually end up doing lip trills backstage while I put on my makeup and eat dinner out of a to-go carton in my lap. If I’m really lucky, I can get through the whole vocal warmup routine in an app I like called Vocal Ease.

Whenever possible, I try to sit with my set list and think through what I’ve come to say and why. I work to make my show about the audience and to give them the experience that they need, whether it’s humor, catharsis, or a mix of both (usually a mix). It might sound corny, but when I started thinking of my show as a service for the audience, rather than being solely about my own creative expression, it totally changed my approach and made me feel a much deeper connection to the work and to the audience. I certainly haven’t cracked the code, but it’s fun to try.

“Be Nice, Dammit!” I’m half-kidding…but not really. Before I was able to do music full-time, I worked a ton of different customer service jobs. As a bank teller, waitress, and grocery store clerk, I saw over and over again how someone in a bad mood could say something surly and ruin my day. One unkind customer could throw me off and leave me in a worse mood for everyone else I interacted with that day (side note: I might be too wimpy for customer service!).

On the flip side, I saw over and over how someone who took the time to look me in the eye and speak with kindness could immediately improve the quality of my day. A nice interaction could wipe the slate clean, and leave me in a much better place for everyone else I talked to that day.

I decided during that time to make a deliberate practice of being as nice as possible to every single person I meet for the rest of my life. It’s been about 15 years and I still work at sticking to it every day. The way I see it, it takes about as much energy to be kind to someone as it does to be neutral, and the potential impact is worth it. If I give someone some good energy and that helps turn their day around, then perhaps it will positively impact other people they deal with later in the day, and maybe those people can positively impact other people…. Maybe not, but there’s no harm in trying, right?

I know this all makes me sound like some saccharine-y sweet Pollyanna-ish wannabe do-gooder, and I promise I’m not that. I’m a cynical optimist; I know that there are dark, sad truths about the world that we can’t change, but I think that making a habit of being extra kind to people and expecting nothing in return is a cheap and painless way of attempting to improve the world in which I live even slightly.

Anyhow, that mantra has become my mission statement for life, and it’s definitely impacted my career. I make a point to work with people who value kindness. There’s no way of knowing for sure, but I think there have probably been some doors that have opened for me because of someone liking my vibe. And I’ve sold a ton of t-shirts and tank tops (and even panties) that have my little mantra on them. Right on top of a beautiful illustration of a human heart, it says “Be Nice Dammit!” So if nothing else, it’s put food on the table that way.

I love to read. I think of it like fertilizer for my brain. When I’m reading a good book, it seems like all of my writing improves — songs, yes, but everything else I write too. Emails… essays… even my Facebook posts sound smarter!

I love to read epic, immersive fiction (recent favorites have included Shantaram, Life After Life, Simon Vs. the Homosapiens Agenda, Cutting for Stone…a bunch more…) and I’m also a sucker for a wry memoir. I’ve probably listened to Tina Fey’s Bossypants a dozen times, and I could read any chapter of any David Sedaris book anytime, anywhere.