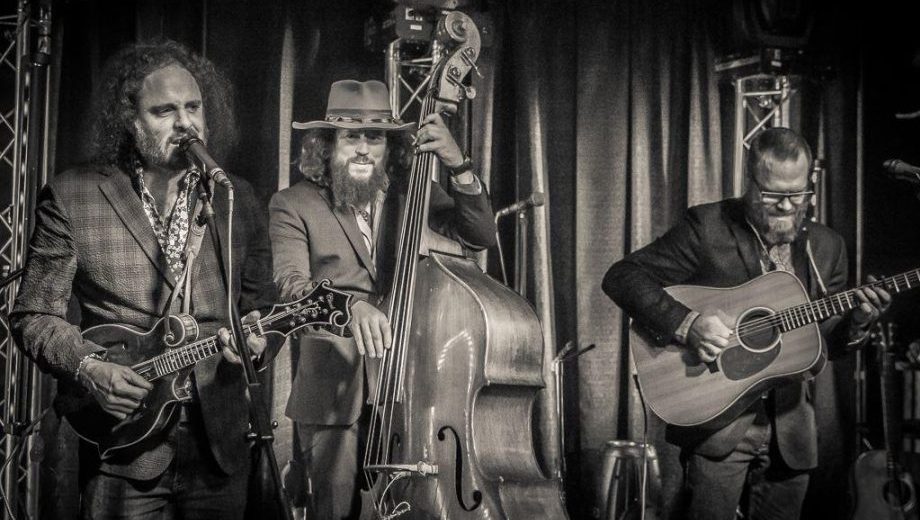 Oddly enough the first moment that I knew I wanted to be a musician was when I was watching Low Country Boil Bluegrass Band from South Carolina perform at The Cave, which was a dive bar in Chapel Hill, North Carolina, in 1995. The band was actually more of a jam band that covered Grateful Dead and New Riders of The Purple Sage songs from the best I could tell. At the time I was not a performing musician but was definitely a diehard music lover. When I felt how much joy this tiny band was bringing me in an empty bar I decided that was what I wanted to be able to do for other people. At that moment I decided to devote my life to learning to play music and write songs.

The toughest time I ever had writing a song that I actually like occurred while writing the title track to Songs From The Road Band’s third studio album Traveling Show. The goal was to write an anthem for a traveling acoustic musician. This co-write with Jonathan Byrd was a struggle until he suggested we look within and write about true life experiences. Then after several months of editing, the material was whittled into a song that made us proud.

Songs From The Road Band’s pre-show rituals are not incredibly unique, but they do exist! We typically meet in private 5 or 10 minutes before the set to go over song order and transitions. A major goal for the group is to create a musical show that flows. Unlike most bands in our genre, we strive not to talk or emcee at all. We then all join our fists in the middle and yell out something inspiring usually related to Team America World Police. “Do it for your country, Gary!”

Mountains and hiking trails are the elements of nature that I spend the most time with. Being an ultrarunner means I’m often running mountain trails in distances that extend beyond the marathon length of 26.2 miles. The Bartram Trail which stretches from North Carolina to Georgia is the longest trail I’ve ever traversed continuously without stopping for sleep. The trail traces naturalist William Bartram’s traverse through Appalachia and the Southeast. He encountered Native Americans and many species of animals and plants that had never before been documented prior to 1773. His journey took four years and led him to publish his journal, Bartram Travels. I was able to cover approximately 120 some miles of his trek in 42 hours. Images from these mountains and trails often appear in songwriting like in Song From The Road Band’s recording of “Silk and Lace” on the Traveling Show album.

My dream pairing of a meal and a musician would be a good ole oyster roast with the The Grateful Dead. Ideally it would be the line up from 1977 or 1989 doing an acoustic set as I think that would pair well with the oyster roast vibe. Hopefully the shucking tables would have crackers, butter, horseradish, and hot sauce. I love the “sters” slightly steamed or raw, but the best part of the experience would be sharing the meal with friends new and old. I guess the current touring line up of The Dead including John Mayer would still be a decent experience.